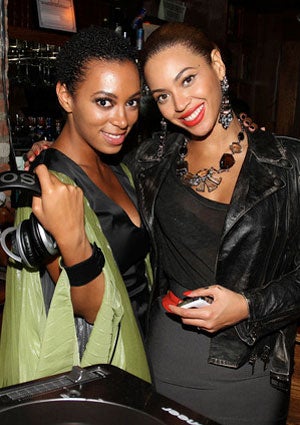 Earlier this week, we reported that Nicki Minaj and Rihanna were donating their tunes to a digital-only charity album to raise fund for victims of Japan’s earthquake and tsunami. Now the full list of contributors to the album — which is a joint project between Universal, Sony, Warner and EMI music groups — has been released and it looks like Beyonce has been added to the lineup.

The album features Bey’s “Irreplaceable,” Nicki Minaj’s “Save Me,” Sade’s “By Your Side,” Rihanna’s “Only Girl,” Cee Lo Green’s “It’s OK,” the Black Eyed Peas’ “One Tribe,” Ne-Yo’s “One In a Million” and much more.

According to TheYBF.com, Ne-Yo is also helping out with relief efforts in Japan by selling his own limited-edition tees and Solange Knowles has started a t-shirt company called Julez for Japan — named after her son Julez. The shirts feature designs from the 6-year-old artist and all proceeds from the shirts go towards helping Japan recover from its recent devastation.