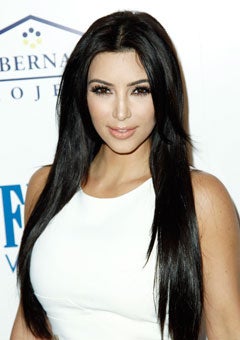 Reality TV star Kim Kardashian and NBA power forward Kris Humphries announced their engagement this week. Their out-of-the-blue announcement is yet another in the recent string of quickie celebrity engagements.

Just six months ago, Kim claimed they were just friends “having a lot of fun,” and today they’re altar-bound. What’s up with that?

Recently, NFL star Chad Ochocinco and his fiancee, “Basketball Wives” star Evelyn Lozada got engaged just four months after meeting, though the pair says they plan to have a long engagement.

It seems that nowadays a celeb engagement is bigger news than a breakup. Celebs can start cashing in immediately after the ring goes on — there’s big money to be made from selling your engagement stories, wedding and ring photos, and if they’re lucky they’ll land a reality show deal to boot.

But why the rush? In the spring of 2008 Mariah Carey and Nick Cannon were married before anyone even knew they were officially dating, and this spring they welcome the birth of twins and things seem as peachy as ever.

Conventional wisdom says you should take time to really get to know someone before you start planning forever together, but do those rules still apply? We’re rooting for Monica and Shannon, who celebrated their 6-month anniversary last week, and Evelyn and Chad say they’re in no rush to get to the altar. For now, they’d just like to enjoy being engaged. (Congrats, you two!) How soon is too soon to know you’ve found The One? Sound-off, ladies!