By Keyaira Boone · Updated October 23, 2020
It looks like we’ll learn even more about R. Kelly’s ex-wife Andrea Kelly as she’s joined the cast of Growing Up Hip Hop: Atlanta. The show co-executive produced by Angela Simmons and Romeo Miller, follows the children of hip-hop superstars as they interact with their friends and family, and fight to make a name for themselves as artists and entrepreneurs. A new trailer for the upcoming episode feature Kelly long with additional new cast members, T-Boz, Waka Flocka and his wife Tammy Rivera. “I don’t know what it’s like to be R. Kelly’s child. I only know what it’s like to be his ex-wife,” Kelly said in the trailer. Kelly and the R&B singer have three children together: Joann, 21, Jay, 19, and Robert, 17. 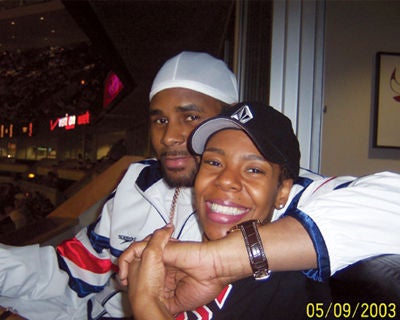 The two seemingly have a rocky relationship, especially since their child support battle recently landed R. Kelly in jail shortly after he made bail on the latest charges of sexual assault levied against him. He made bail a second time, but allegedly still has not paid his former spouse what the court mandated. Kelly isn’t new to reality television. She previously appeared on VH1’s Hollywood Exes. She also revealed details of the mental and physical abuse she claims to have suffered at the hands of her ex-husband in the Lifetime docuseries Surviving R. Kelly.
TOPICS:  Drea Kelly growing up hip hop growing up hip up atlanta r kelly