By Paula Rogo · Updated December 6, 2020
Attorney Gloria Allred said recently that a new client has found another videotape that appears to show R. Kelly sexually abusing young girls. The famed lawyer held a news conference Sunday in New York City with Gary Dennis, who she said contacted her after finding a VHS video of the singer having sex. “Sallie and her husband [Gary] discovered, to their surprise, that they had a VHS tape that could be helpful in learning what had happened to these young girls who came into contact with R. Kelly,” Allred said. “Sallie and Gary felt that they had a moral duty to provide the tape to law enforcement.” Allred said she helped them turn the tape over to the United States Attorney’s Office for the Eastern District of New York.

Attorney @GloriaAllred is representing a couple who claims to have a copy of an unseen sex-tape showing @rkelly with an underage girl. pic.twitter.com/ouQaoUTtZ0

As for Dennis, he claimed to have found the tapes while cleaning out a box of VHS tapes that have been at his Pennsylvania home for years. He initially thought the tape, labeled “R. Kelly,” might have been of old concert footage. “To my shock and surprise, R. Kelly appeared to be on the tape, but not in concert,” Dennis said. “Instead, he was sexually abusing underage African-American girls.” “He was engaging with these children in sexually abusive acts,” he added. “He was telling them what to do and what to say and it appeared that he was in control of the camera.”

Allred insisted that Dennis has no connection to R. Kelly, and is unsure of how the tape ended up in his possession. “Mr. Dennis has never met Mr. Kelly, has never had any communication with Mr. Kelly and has never attended an R. Kelly concert,” she added. Kelly was released from prison this weekend after someone paid the $161,000 he owed in back child support. He had been in jail since Wednesday when he was unable to come up with the full amount at a court hearing. That trip to jail was Kelly’s second in recent weeks. Last month, he spent a weekend in jail after he was charged with 10 counts of aggravated sexual abuse pertaining to four women, including three who were minors when the alleged abuse occurred. 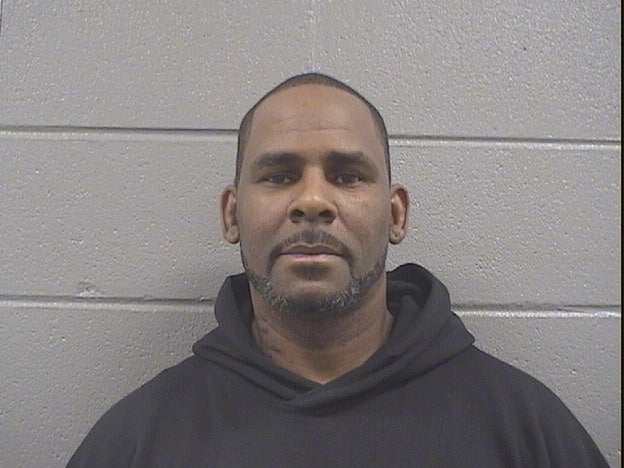 R. Kelly has continuously denied that he’s been sexually or physically abusive to women, and that he’s engaged in sex with underage girls. Attorney Michael Avenatti has already handed over two tapes of Kelly to Chicago police, making this new tape the third one relating to the singer to be given to law enforcement in recent weeks. Allred said the latest video appears to have been filmed in the 1990s, and although she has a “basis for believing…it is Mr. Kelly on the video,” she could not say with “100 percent certainty.”
TOPICS:  Gloria Allred r kelly