By Karu F. Daniels · Updated December 6, 2020
Taraji P. Henson plays one tough cookie as the family matriarch Cookie Lyon on Fox’s hit drama series Empire. But in real life, the veteran actress is just as tough — especially when it comes to her sharp business acumen, which she revealed was developed over her 20-year career. The Oscar-nominated star of The Best of Enemies has been vocal about pay parity in the film business, specifically as it pertains to Black actresses. After revealing in her 2016 memoir, Around the Way Girl, that she was paid than 2 percent of The Curious Case of Benjamin Button co-star Brad Pitt’s salary and was asked to pay her own location expenses, the battle still continues for the Washington, D.C. native. “I want to see my money,” she told Bust magazine in a new profile. “When I don’t have to fight so hard for my money, I’ll know things are changing. I see women working more, but where is my money? And I mean off the bat, not the back end. Damn right I’m a feminist, because if I don’t fight for me and my kind, who will? I believe in women.” “As a Black woman,” Henson continued, “you’re stuck between a rock and a hard place because often you can’t turn work down. For me the battle was swallowing it, fighting through, shutting up my ego and trying to see a bigger picture. It’s unfortunate, but you gotta just keep hitting them upside the head with these performances. You gotta make yourself undeniable. You have to make it so the movie ain’t gonna work without Taraji.” 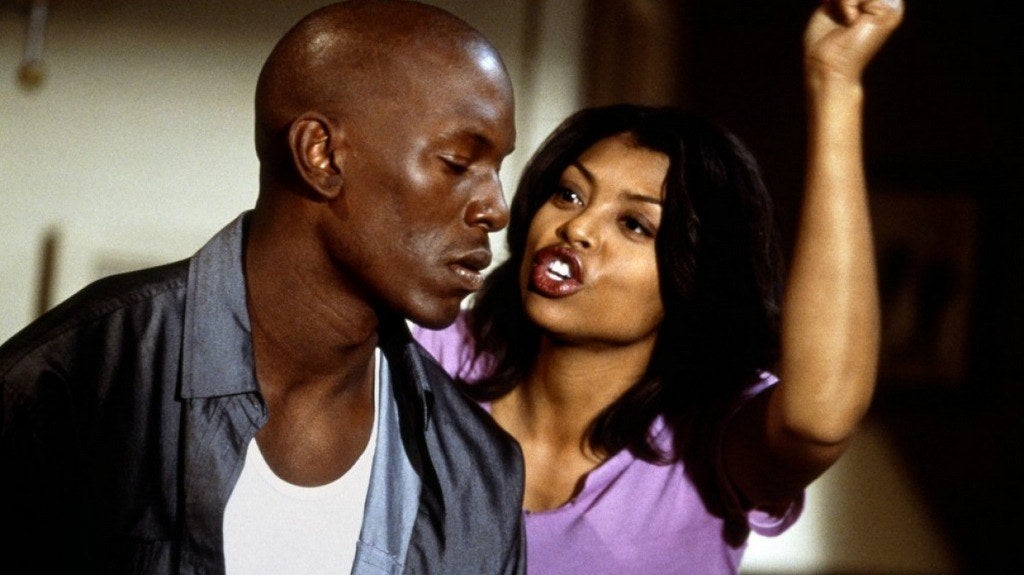 We first really fell in love with Henson as Yvette in the 2001 film Baby Boy. “Some people in the Black community may have called her stereotypical. 'Why do you take those roles? I wouldn't want to play a baby-mama.' But these girls really exist. They need a voice,” Henson told Entertainment Weekly.

Henson, who had a breakthrough role in John Singleton’s Baby Boy, has gone on to leave an indelible impact on films including Perry’s The Family That Preys, Think Like A Man, Proud Mary and What Men Want. For that Adam Shankman-helmed urban reboot of the 2000 Mel Gibson romantic comedy, which was released earlier this year and has already grossed over $67 million worldwide, Henson considered it a “no brainer” to accept the leading role. A decade before, she reportedly left an impression on What Men Want producer Brian Robbins when she auditioned for Eddie Murphy’s controversial comedy Norbit. She didn’t get that role, but she was perfect for the next one. “That’s why you should never burn bridges,” she advised. “And always take meetings and auditions, because even if you don’t get that job, you don’t know where it will lead.”