Tommaso Boddi/Getty Images
By Keyaira Boone · Updated October 23, 2020
Long after arriving in Los Angles with $700 in her pocket and a baby boy on her hip, Taraji P. Henson has made a permanent mark on Hollywood. The What Men Want actress received a star on the Hollywood Walk of Fame Monday. One of her longtime friends to join her in the occasion was her I Can Do Bad All By Myself co-star, Mary J Blige. The Queen of Hip Hop Soul praised not only the power of Henson’s performances, but the kindness and generosity of the person giving them.

“You have been a total inspiration to me,” Blige began. “We meet people in the industry and they’re not nice. I’ve never had a friend that I can call while I’m on set and say, ‘How do I do this as an actress’ and you helped me when I needed help. And in my mind, that’s rare, because people don’t share and you’re a sharer. So thank you for being a giver and a sharer,” she continued. 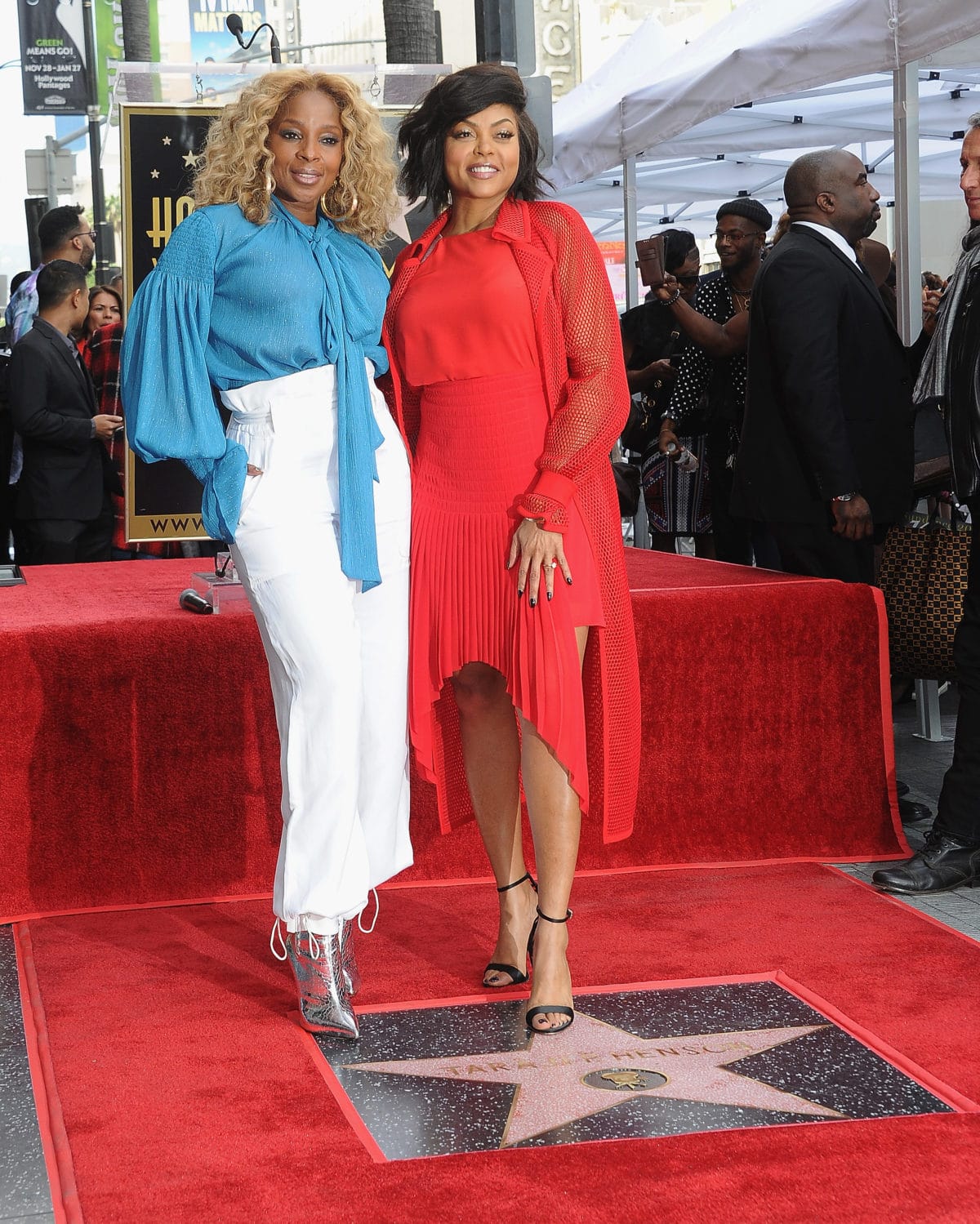 Blige told the crowd, “She’s helped me through so many things and brought sunshine to my darkest day,” adding that she’s “a true angel.” Henson—dressed to the nines in Akris—was in tears when addressing the crowd afterward before posing next to her star. “I keep looking at that star going, is this real,” Henson said. “I’ve imagined it and here it is.” Congrats!