By Britni Danielle · Updated October 23, 2020
Hey Auntie, Where do I even begin? I can’t remember a time before I saw you onscreen, commanding everyone’s eyes to pay attention to each flutter of your lashes, each sideways glance, each word you uttered. It all felt so important, even when we didn’t know your name. In the ‘80s, you turned up on every TV show that mattered. You challenged Dr. Huxtable’s goofy mansplaining on not one, but two, episodes of The Cosby Show. You worked to help the entire community (and looked fierce while doing it) on A Man Called Hawk. And you guest starred alongside a series of legends like Raymond Burr, Marla Gibbs, Joe Morton, Powers Boothe, and Robert Urich. Each time daring us to look away. While most actors with your pedigree (I mean…you went to Yale!) would have thrown in the towel after scoring yet another background role, you kept grinding and never gave up on your dream to tell our stories in the very best way you know how.

Earlier this year you shared some advice for your 20-year-old self. If you could, you’d tell her, “Don’t be afraid to do it all. Whatever you’re interested in, just go for it. Don’t wait around for a better time.” And after playing every variation of Black woman, from the honorable Betty Shabazz, Michael Jackson’s mother, Katherine, and the legendary Tina Turner, to a vampire in Brooklyn and the Queen Mother of Wakanda, it sounds like you took your own advice. Today, you’re one of the biggest stars in the world — really, you’re an institution with no hint of slowing down. But when I interviewed you just before Black Panther was released, you talked to me like you knew the moment was about way more than just the film. Of course we chatted about the importance of seeing so many beautiful Black people onscreen, and you confessed that being on the set with Lupita, Danai, Chadwick, and Michael made you reminisce about your time with Spike, Denzel, and the talented cast and crew of Malcolm X. After our conversation about the film was done — and while your publicist was signaling for me to wrap it up — we talked about our children, your twins and my son, and why it’s so important to surround them with so many affirming images of Blackness, especially right now. “It’s hard out here,” you confessed in a way that only a Black mama would understand. Raising a Black child in a world that does not readily value their existence can feel like an impossible task, even (or perhaps especially) if you’re famous. Because of this, you told me you purposely make room for Slater and Bronwyn to spend time with their extended family and connect to their roots.

“It’s important they’re able to go anywhere, and interact with anyone and feel so good about who they are and where they come from and what they have to offer,” you explained. I had to stop myself from fangirling when you spoke; your voice a low, soft whisper that’s much different than the women you portray onscreen. But it was hard. After all, you’re THE Angela Bassett. It’s hard not to get worked up. Few women have it all, and surely, Auntie, your life ain’t been no crystal stair. Still, you’ve managed to orchestrate it on your own terms, giving Black women around the world a glimpse at a real life depiction of the dream — a thriving Black marriage, two beautiful Black children, a career of your dreams, and the type of uncrackable Black sorcery that will have people wondering if you’re turning 60 for real, for real. In spite of your immense talent, dedicated work ethic, and ability to slay every role that comes your way, you’ve never won an Oscar. And while this travesty will almost certainly be corrected eventually (or we can just throw the whole Academy Awards away), I just want to let you know how much I — how much we — appreciate you now. 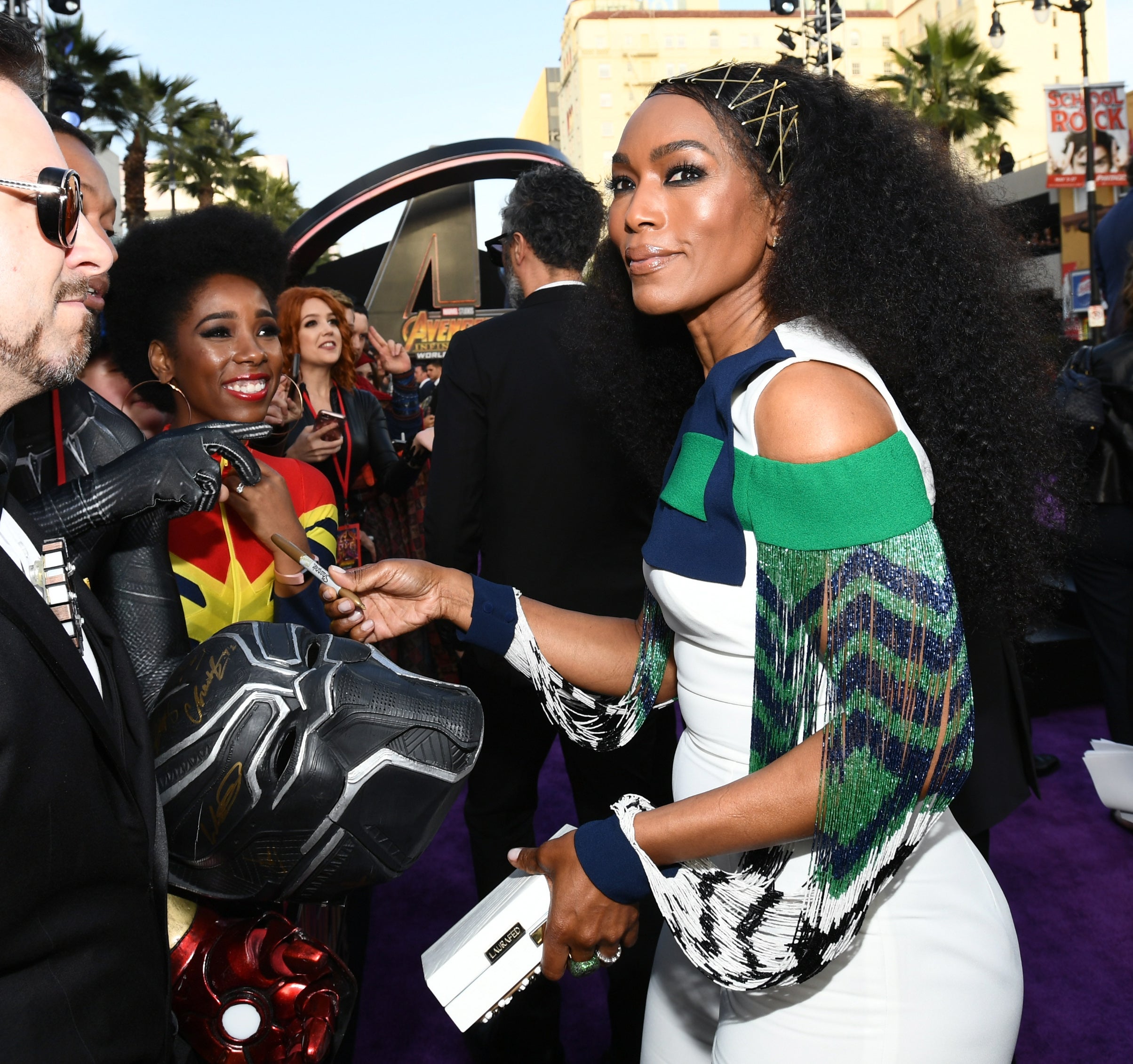 Auntie, you have ruled the screen for the last three decades, sprinkling grown Black woman magic on every stage, TV series, and film you touch. More importantly, you’ve taken us along for the ride, never forgetting the Black women who’ve cheered you along every step of the way. While you’re coming up on the age when most people start to think about slowing down, you’re doing things actors half your age only dream about. You’re not only chasing down bad guys on TV, but you’re ruling the box office (again) as a badass CIA agent — all while looking absolutely flawless. Auntie, you’re fierce, you’re fabulous, and you fill us with so much pride. Enjoy your big day, and thank you for always representing Black women in such an impeccable way to the world. Salute.
TOPICS:  Angela Bassett