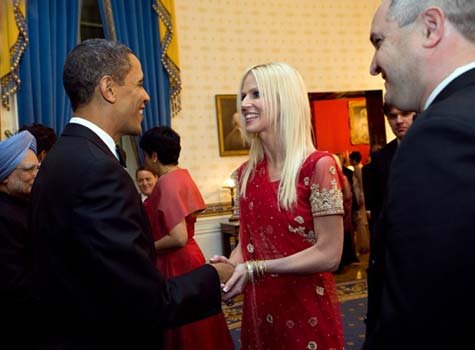 Remember the socialite couple from Virginia that successfully snuck into the White House at first State Dinner — you know, the ones whose security breach was the catalyst for former White House Social Secretary Desiree Rogers’ resignation? It’s possible that Tareq and Michaele Salahi tried to wiggle their way into last night’s White House State Dinner for Mexican President Felipe Calderon. U.S. Secret Service stopped a limousine at the corner of 17th and H Street and learned that the Salahis were among the vehicle’s occupants. The two were reportedly dressed for a black tie soiree. Coincidence? We think not.
Loading the player...