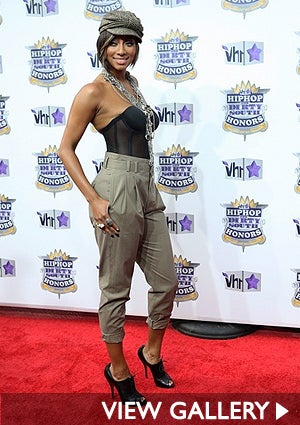 “I always say the East Coast and West Coast are the slices of bread, and Southern rap is the meat, because most of us have roots from the South,” said J Prince, one of the six honorees at VH1’s 2010 Hip Hop Awards last night. Back for its seventh year, the event celebrated the achievements of hip hop this year with a lil’ southern twist. Taped at NYC’s Hammerstein Ballroom, the venue was filled with celebs, fans, media, and anyone who appreciates the influence, music, artists, and variety of styles of Southern rap. This year’s honorees included Jermaine Dupri, J Prince of Rap-A-Lot Records, Luther “Luke” Campbell, The 2 Live Crew, Master P, and Organized Noize, and was easily the most lively HHH shows in its history. Hosted by newcomer Craig Robinson (“The Office” and “Last Comic Standing”), last night was the first time the show honored a particular geographic region for its hip hop celebration, and VH1 successfully pulled it off. Robinson opened the show with a side-splitting comedic monologue on “how to know you’re from the South,” as well as paying tribute to some of his favorite Southern artists by performing his own hilarious renditions of their songs. Robinson wasn’t the only comedian in the building. Eddie Griffin introduced the first honoree of the night, J Prince, the man responsible for Texas rap. His set brought out performances from the Geto Boys doing their monster “Mind Playing Tricks On Me,” A.K. on “Po Pimp,” Juvenile’s “Nolia Clap,” and “Get Throwed” by Drake and Bun B. Uncle Luke, the father of booty shaking music was honored next, and the stage uncomfortably turned into a strip club sans the pole. After being introduced by Kid Rock, one of the least entertaining tributes of the night was given to rapper Luther Campbell by Trick Daddy, Pitbull, and Luke himself performing “I Wanna Rock (Doo Doo Brown),” “It’s Your Birthday” and “Scarred.” The show picked up when Janet Jackson’s ex Jermaine Dupri was introduced by actor Jonah Hill (“Superbad” and “Get to the Greek”) and honored by Dem Franchize Boyz performing the finger snapping tune “Oh, I Think They Like Me.” Dupri then took to the stage to perform his classic hits “Jump” with Bow Wow and Lil Jon and the hard-hitting “Welcome To Atlanta” with Diddy and Lil Jon. Diddy got the crowd amped for New Orleans native, Master P. Taking the stage with his son, Lil’ Romeo (who isn’t that little anymore), and the recently freed Mystikal, they performed “Make Em’ Say Uhh!” Timbaland followed to rep Virginia. Missy Elliott rocked her hits “Work It” and “Get Your Freak On,” Bun B performed “Big Pimpin,” Fabolous did “Make Me Better,” and Keri Hilson took the stage to perform the pop smash “The Way I Are.” Other noted performers of the night were from DJ Kid Capri, Silkk the Shocker, Chamillionaire, DJ Drama, DJ Khaled, Flo Rida, Gucci Mane, Murphy Lee, Nelly, Paul Wall, Pitbull, Rick Ross, Slim Thug, T-Pain, Trick Daddy, Trina and Ying Yang Twins. Presenters included Brandy, Ray J, Lauren London, Chilli, David Banner, Kelly Rowland, and Taraji P. Henson. Watch The 7th Annual “2010 VH1 Hip Hop Honors: The Dirty South” Celebration Premiering on Monday, June 7 at 9pm ET/PT.