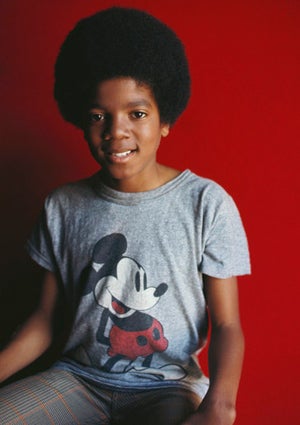 The Jackson 5 took the legendary Apollo stage in 1967 and did a jaw-dropping rendition of Smokey Robinson’s classic “Who’s Lovin’ You.” The group won Amateur Night, and their careers in music were immediately jumpstarted. Fast-forward 43 years, the Apollo pays tribute to the King of Pop today with a Walk of Fame memorial plaque. Jonelle Procope, President and CEO of the Apollo Theater Foundation, will honor Michael Jackson’s memory and celebrate his lifetime of artistic achievement with the newly installed plaque, located under the theater’s iconic marquee on 125th Street in Harlem. The ceremony will conclude with a letter from Katherine Jackson read openly about her son’s relationship to the Apollo. From the moment news of his passing was made public one year ago, Michael Jackson fans gathered at the Apollo Theater — the epicenter of African-American culture since its founding in 1934 — to pay their respects.