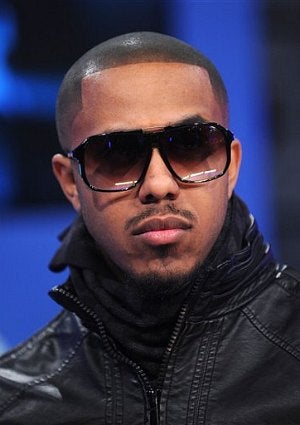 Last week the Internet was abuzz when molestation accusations against singer Marques Houston and manager producer Chris Stokes resurfaced. Former B2K band member DeMario “Raz-B” Thornton released a video featuring a disturbing conversation between he and former labelmate Quindon Tarver. The two former teen heartthrobs shared graphic war stories of allegedly being molested by both Houston and Stokes (Raz B’s cousin) during their young musical careers. This week, Houston was granted a restraining order against Thornton whom he claims “falsely accused me of molesting him.” Houston claims he has suffered “emotional distress” from Thornton’s allegations. Meanwhile Tarver, 27, best known for his Prince cover of “When Doves Cry,” featured on the 1996 “Romeo and Juliet” soundtrack, told Raz B that he had been “penetrated” by Houston “and it hurt…” Tarver and Raz B both spoke to VIBE magazine in 2008 about the rumors, both confirming at the time that in fact something had happened. Now that the tape has been released, Tarver says that he put that part of his life behind him and never intended for the whole heartbreaking scandal to be pushed back into the forefront. In a statement, Tarver says:

“In regards to the videos leaked over the net recently by DeMario “Raz B” Thornton, I would like to first start off by saying that it was never intentional, on my part, for that conversation to have been made public. I had no clue our conversation was being recorded, nor did I know it would wound up on the Internet. I was under the impression that Raz B and myself were having a private conversation, nothing more or less. In 2008, I spoke in-depth to VIBE magazine regarding the painful experiences in my past while under Chris Stokes’ label.”

The stories of men being molested making national headlines in recent weeks show a problem that’s all too real in our community. Whether it’s famed director Tyler Perry telling Oprah of being molested as child, or four young men accusing Bishop Eddie Long of sexual coercion, or CNN anchor Don Lemon revealing that he too was molested, this seems like an appropriate time for Black people to confront how common pedophilia is in our communities. Whether or not the claims on Houston, Stokes, or Long are true, it’s important to note pedophilia and sexual abuse doesn’t go away. Raz B moves like a man who has nothing to lose, who only wants to get out the truth no matter what the cost, and unfortunately Tarver was caught in the crossfire of his quest to tell his story. Tarver, Thorton, Perry, and the four men involved in the Long case have to keep speaking up, and we have to make it easy for them to do so. Oprah aired a two-part show along with Perry — the first portion aired yesterday and will continue on Nov 12 — using the talk show as a platform for more than 200 men to discuss their molestation stories and how it has affected them. We need to follow Oprah’s lead and encourage Black men to keep talking and keep telling. ESSENCE.com has reached out Marques Houston’s camp for comments, they still have yet to respond.