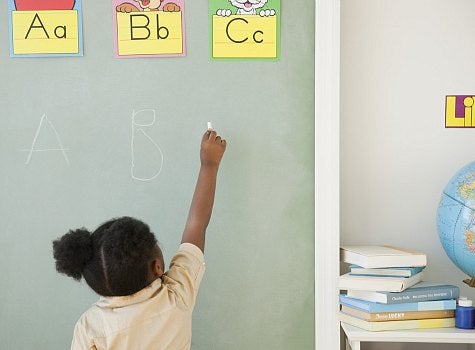 What a shock and shame to hear of reports out of Oakland that a second-grader is claiming that her classmates undressed and engaged in oral sex in the classroom. Second grade?? According to news reports, there were two separate incidents and the teacher claims to be unaware of either of them.

As a mother of a first-grader, this report is just disturbing on so many levels, I’m not really sure where to begin. I’ll start with the teacher, because no one has yet to explain how a certified professional completely missed the veritable Freaknik jumping off in his own classroom. I think I liked it better when teachers just failed to teach. But now they can’t even supervise? C’mon.

But what’s really disgusting is that any child psychologist will tell you that oral-genital contact is completely out of the realm of a child’s natural curiosity about their bodies, and is clearly the behavior of a sexually abused child or a child that has seen it or learned it somewhere.

And that somewhere is likely at home — where their TV, Internet or association is not being properly monitored. And that association includes your babysitters, moms and dads. Fixing that “somewhere” lies squarely on parents.

For some time I’ve been lamenting the death of innocence as an inalienable right of childhood, and that children, especially Black ones, are too grown, too soon. And no one seems to care. When I was coming up, children were not allowed in “grown folks” conversations and most of that talk happened when we were fast asleep.

When I was in second grade, I was thinking about riding my bike and playing with dolls — that’s it! Unfortunately, today things have changed. I’ve heard of parents watching PG-13 or R-rated movies with their youngsters. I’ve also seen first-graders and younger singing Lil Wayne and Nicky Minaj, with their parents cheering them on. And we can see where that is leading us.

Our community doesn’t need more oversexualized 7-year-olds. We need more future Baracks, Martins and Malcolms — we need a generation that is encouraged to read instead of watch TV; to study and not stare into a screen. We need to be focused on closing the achievement gap, teaching our children self-respect and the boundaries of inappropriate behavior. Most importantly, we need to let our children be children. Stop dressing them like mini-adults, feeding their minds with adult content and leaving them unsupervised to watch television or surf the Net as if they have good judgment. We need to keep our children close and be mindful of who babysits them. It’s time to start acting like adults.

In the end, I hope that parents of the children involved are properly investigated. Seriously, I do. Maybe then they will get the point and take their parenting roles seriously. Maybe now they will see what their parenting seeds have sown thus far, and get back into the field.

Kimberly Seals Allers is an award-winning journalist, author of The Mocha Manual, a series of books, and Editor-in-Chief of MochaManual.com, a weekly online parenting magazine and blog for African Americans. A leading voice on black parenting issues and a popular blogger, Kimberly lives in Queens, New York with her two children.