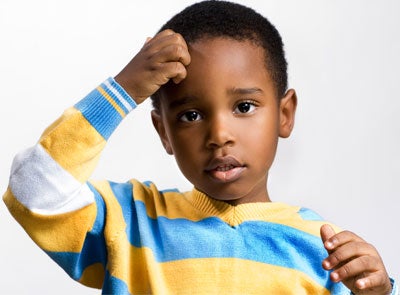 When word spread that a 6-year-old kindergartner in Houston bought a loaded gun to school and it accidentally went off injuring three students, there was a lot of talk about what should happen to the child. But the more important question here is where are this child’s parents?

Police are still not clear how the 6-year-old got the gun. It is Texas, of course, with its liberal gun laws — thanks, George Bush. But according to Houston media outlets, the child’s father, who does not live with the boy, said he had no idea where his son would get a gun. I think we all know where this is headed.

But there are two things are extremely troubling about this incident.

The most obvious is: why didn’t the boy’s mother, if the father is telling the truth, take the proper measures to keep the gun away from the child? If you or your man or your Madea-like grandmother has a gun in the house, someone has to make sure the kids don’t get to it. Plain and simple. Whoever’s job it was to provide a safe environment for this child should face felony charges and made an example for others who don’t take these matters seriously.

Second, according to the police reports, the gun discharged when it fell from the kid’s pocket in the school cafeteria. Two 6-year-old boys were wounded, including the one who had the gun. The boy who brought the gun was injured in the foot and the other boy was grazed in his leg. A 5-year-old girl was injured in her knee.

Am I the only one wondering how a kid could hide a gun in those small 6-year-old pockets? I mean, “what’s that bulge in your pocket?” seems like the most obvious question of the day for some non-observant teachers. Sure, the kindergarten teacher is probably expecting the bulge to be an action figure, or if we’re lucky, a banana, but someone needed to ask.

As for the parents, I’m still one of the moms who double-checks outfits (back and front view for my 11-year-old daughter) and backpacks (mostly for school books and pencils for my 7-year-old) and I’d like to think that if my son slipped a gun in his backpack that I would notice.
“We’re asking our parents to watch what their children bring to school and take home from school,” said Sam Serabia, Chief of Elementary Schools for the Houston Independent School District.

This child is a victim of negligent parenting. School administrators have mentioned possibly putting him in a “different” school for about six months — something that would surely be on his permanent record for the rest of his school years and leave him wide open to be pre-judged by teachers and staff wherever he went. Poor thing. However, I’m sure the school has a zero tolerance for weapons in school, and some disciplinary action must be taken — the impact of his presence on all students in the school must be considered.

This young Black boy must be taught boundaries, what is right and wrong, and the consequences for bad choices. It’s just ridiculously unfortunate when these lessons are taught by school officials or police, instead of being taught at home. The scar is so much deeper.

Some have suggested installing metal detectors at that Houston elementary school, where many parents said there haven’t been any previous similar incidents. I don’t think that’s the answer. We need more “bad parent” detectors and more adult accountability, so fewer children have to pay the price for the irresponsible adults who brought them into the world.

Kimberly Seals Allers is an award-winning journalist, author of The Mocha Manual series of books, and Editor-in-Chief of MochaManual.com, a weekly online parenting magazine and blog for African-Americans. A consultant, commentator and leading voice on Black parenting issues, Kimberly lives in Queens, New York with her two children.