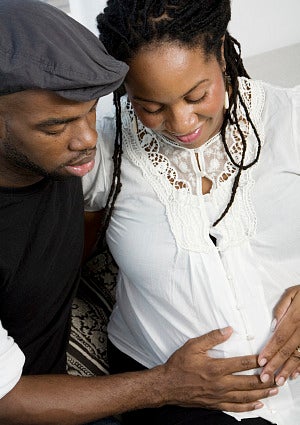 Relationship expert Steven James Dixon confesses that he wasn’t as sensitive to his wife’s pregnancy as he could have been. “I am just now starting to understand and appreciate what my wife meant when she said, “You better thank me for having this baby!” Feel free to email this to the man in your life… I was not sensitive enough to how being pregnant changed my wife’s life forever. My son is nearly four and I am just now starting to understand and appreciate what she meant when she said, “You better thank me for having this baby!” It just dawned on me that my wife has been working out regularly for over two years and even though I love who she is today, she wants who she was four years ago back. My wife has tried all of the diets–extreme dieting, which is crazy to me. Meanwhile, I’m eating good right in her face. I don’t have an excuse for the weight that I gained! But what I think about now is how hard she has had to work to lose weight. It must have been even harder mentally and emotionally gaining the weight. Hormones all out of whack, walking around hot and heavy (a different kind of hot and heavy). Sitting down was uncomfortable. Lying down was even worse because she used to sleep on her stomach, but now she had to sleep on her back. Morning sickness, and then you start over again.   The entire time, I still wanted my hot cooked meal and I still wanted to continue practicing getting pregnant even though she already was pregnant. She was a solider. I was pretty much the same guy that got her pregnant. I was there. I attended the labor classes. I went to about 90% of the doctor appointments. I made all of the ones that I could. I didn’t hang out late or anything like that. I was at home, but I wasn’t sensitive. I didn’t give that extra effort to say “I recognize that pregnancy is not fun and I appreciate you.” I gave extra work but not extra effort. Extra work is saying, “Do you need anything?” Extra effort is saying, “Hey, you got that beautiful motherly glow rocking today, boo!” Saying that even when she didn’t have the glow is the effort part.   I wrote this article to salute all baby mommas! Baby daddies, stand with me at attention on Mother’s Day. I wrote this on behalf of all men who know that they could have given extra effort during pregnancy with their wife or woman. I wrote this on behalf of all men who were not as sensitive during the pregnancy as they could have been. So, men, we may need to apologize and we definitely need to appreciate our baby mommas! Mother’s Day is about celebrating them. They deserve to be celebrated every year. Plan accordingly for Mother’s Day.   Fellas, if your woman is pregnant right now, she deserves a gift for Mother’s Day, too.