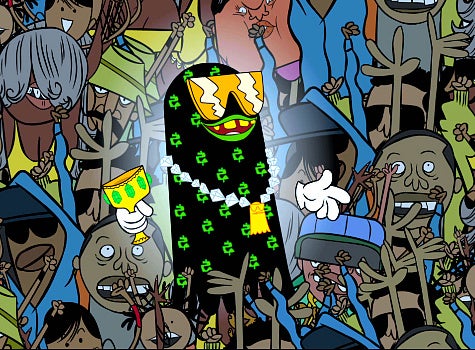 Many of us, still in disbelief, had to re-watch “Freaknik: The Musical” to make sure that what T-Pain did Sunday night wasn’t imagined. Unfortunately the freak-fest was real, and left all those, with even a smidgen of pride in our culture, scratching our heads. Understand, we aren’t trying to manufacture this into big deal, because all “jokes” aside, “Freaknik” is in fact a big deal. Truth is, if something this damaging can get a pass merely because it’s labeled entertainment, for sure we all fail. We fail because it shows a lack of appreciation for the sacrifices those who came before us made to even make it possible to be Black and appear on television. We fail because we teach our children that it’s OK to laugh at ignorance, rather than to defend knowledge. We fail because we express we’re content with “entertainment” defining who we are, resulting in slow growth. “Freaknik,” along with shows like it, limit our culture’s thoughts, thus concealing the abundance of possibilities we as a collective group can attain. If we are taking it “way too serious,” or it “isn’t that deep,” then wow, what is? Face it, we are angered and outraged because ultimately, we are embarrassed. The situations and remarks represented in “Freaknik” were deplorable and disparaging mainly because they were ridiculously excessive truths. While it would be hard to argue that these situations/remarks didn’t come from a very real place, without question some parts were obnoxiously overdone. We countdown the 10 most offensive scenes that truly had us shaking our heads. 10. Introduction of the Plot: We are introduced to the main characters Virgil, Big Oozie, Lightskin, and Dolo Man as they are contemplating entering a rap contest for the prize: “a lifetime supply of money, clothes, and hos.”  During the conversation, the question is asked by Virgil,  “Are we gonna put our dreams on hold for the weed man?” Big Oozie’s reply? “We need that kush before we can accomplish anything.” 9. Al Sharpton: Before being killed by a freak accident, Al Sharpton sits under a hair dryer eating a bucket of what Freaknik animators labeled, “Stereotypical Fried Chicken.” 8. Take it to Church: Freaknik makes an appearance at a church and misquotes Dr. Martin Luther King Jr. when he states, “They’re some bad in the best of us, some good in the worst of us, and some freak in all of us.” A blasphemous shouting session has the pastor reminding his congregation, with liquor and OJ in his hand, “This is the house of God…so please make your way to the all-purpose room for the real party.” 7. The Show Opener: A blowout party favor in the crack of a woman’s cellulite-riddled butt cheeks to celebrate the ghost of Freaknik’s return wasn’t enough. In addition, they threw in T-Pain’s vocals, “Freaknik is back in town/Bitches and ho’s going to get down,” with strippers sliding down poles and humping the air, and of course Cadillac’s on 24’s. 6. The Ghetto Commandments: Shown briefly during a scene with Trap Jesus and the Sweet Tea Mob, you would’ve missed the nonsense if you blinked, but we didn’t. It included the commandments: “#4. Thou shalt never loveth thy hoes … #7. Thou shalt only pop bottles on models … 8. No fun if the homies getteth none.” 5. The “Save You” Musical Number: The ghost of Freaknik explains his non-profit organization for needy strippers: “You don’t have to watch yo kids, you can go get your nails did….I’ll save ya,” and “Go find yourself a rich White man/ and let him pay ya/ it might be minimum wage but I’ll save ya..” Showing the umpteenth woman in this cartoon dressed with either her breasts or butt exposed. 4. Obama?: After such a monumental win for the African American community, Freaknik’s Obama gives this speech: “I am here at that the battle of the trillest to make an announcement: I, Barack Obama step down as President of the United States of America. But don’t fear, it’s with great confidence I announce my successor: the ghost with the most, Freaknik! Now let’s get this motherf-cker crunked!” 3. Tyra Banks Show: The ghost of Freaknik is a guest on the “Tyra Banks” show, and declares that Tyra looks like a “good ole big ass biscuit.” He goes on to illustrate his take on relationships with a non-needed reference to anal sex,  “You have to stimulate their minds and their baby chutes, like you do their poop chutes.” 2. Frat Party: The four main characters of the show walk into a college frat party, receiving a warm welcome only after the party is informed they are “famous rappers.” At this party, one guy performs cunnilingus on a girl, an all-gay Black rap group calls another crew of Black males “monkeys,” and the character Lightskin admits he likes White women because they have “pink areola.” 1. Trap Jesus: With a cross tattooed on his forehead, the voice of Lil Wayne brings Trap Jesus, the biggest dope man in the South, to life. He explains why selling drugs since he was nine was one of the best decisions he ever made, while cooking crack and using Biblical jargon. Seriously, could it get any worse? Read more: