Editor’s Note: It’s A Man’s World featuring independent male bloggers is intended to go inside the minds of single men and give their unfiltered perspectives on dating and relationships. The views and opinions expressed in this blog are solely those of the blogger and do not reflect those of ESSENCE or ESSENCE.com. 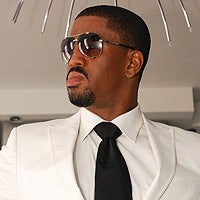 How a man handles temptation is essential to him staying monogamous in his relationship. Most men do not associate loyalty with their mate as they oftentimes do with their male friends. Additionally, most men won’t lie to their male friends or do something to outright hurt or betray them. Conversely, they will make a decision that could hurt or betray their mate such as cheating.

Remember, most men typically don’t have emotional attachments when having “cheating” sex with another woman. They can love their wives to death and still have sex with someone then go home to a loving wife. Once you’ve established the same loyalty with a man that he has with his male friends, he will most likely never commit infidelity because of the loyalty factor towards you!

Have you noticed that a man is less forgiving when he catches a woman cheating? That’s because in his mind he’s saying, “You actually like this guy!” Loyalty to a man is what emotional connections are to a woman.