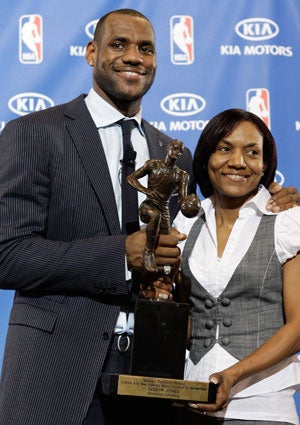 Gloria James, mother of NBA star LeBron James, was arrested early this morning on suspicion of misdemeanor assault. According to a source on the scene, Gloria allegedly slapped a valet attendant in the face after leaving a party at the Fontainebleau Hotel in Miami. A rep at the hotel confirmed that James became angry about her car key and started the altercation before police arrived at 4:47am and took James into custody.

Although James was seen partying it up at LIV, the posh nightclub inside hotel, it is not believed that any alcohol was involved in the dispute. LeBron’s mother has been released from custody and we hope that she has learned to keep her cool the next time she sends her car off with the valet.