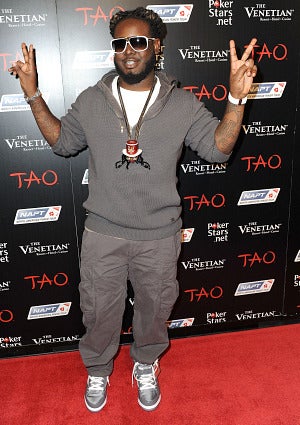 You’ve got to be kidding me. If I hadn’t seen T-Pain’s “Freaknik: The Musical” with my own eyes I would have never believed a show with this much coonery could exist and actually be televised in 2010. As an entertainment writer, I’m usually very subjective on all things our society labels as entertainment. As a young writer, I consider myself quite liberal in my views on hip hop’s effects on culture. But this hour-long animated special, which features the voices of hip hop heavy hitters such as Lil’ Wayne, Snoop Dogg, Cee-lo, Kelis, and Lil’ Jon, was anything but special. Truth be told, I’m usually an advocate for the it’s-not-that-serious philosophy, but last night Cartoon Network’s Adult Swim rendered me totally speechless. The show opened with four young Black males learning the history of Freaknik, the annual Atlanta spring break event that, due to lewd behavior and incessant partying, fell to its demise in 1999. Hearing how Freaknik brought “booty on top of booty in the streets,” a prayer circle was formed to resurrect the event. The prayer conjured up the spirit of the Freaknik ghost, voiced by T-Pain, who the show then followed on his quest to revive the event. Before the opening credits even rolled, the words “nigga,” “nuts,” and “crackers” had already been used, setting the tone for foolery to come. The cartoon then follows the four Black teens, who just so happen to be aspiring rappers, on their journey to Freaknik to win a rapping contest to attain the “money, clothes, and hoes.” These four characters become symbolic of today’s youth. From nonchalant drug users and street-educated thinkers, to easily-swayed conformists and troubled defeatists. The goals of both the ghetto ghost and the boys are obstructed by a group called the 10 Percenters, which includes Bill Cosby, Russell Simmons, Jesse Jackson, and Al Sharpton, led by the “Boule” which is not-so-subtly depicted as Oprah Winfrey. The 10 Percenters supposedly represent the Black activists that apparently hold back 90% of the Black population from any sort of fun. So, what’s the problem? Well, it wasn’t the storyline that caused my displeasure, it was the details. For example, featuring Trap Jesus, voiced by Lil’ Wayne, a pot smoking drug deity that wants all to live by the Ghetto Commandments, one of which is to “man up or bitch out.” Another example, showing the Freaknik ghost televising his charity organization, ‘Save a Stripper’–what he not so amusingly pronounced as an act of “positivityism,” after telling a woman she looked like a biscuit.  The show even went as far as to depict President Obama stepping down from office, handing over his presidency to Freaknik so he could “get this mother f-cker crunked,” adding to the many offensive references and satires that had our Civil Rights leaders popping up out of their graves in search of T-Pain. Adding insult to injury were the folks on the ‘net who found it unbelievably amusing. Sadly, all the laughs were at the expense of who we are as a people, and like the adage says–if you don’t stand for something, you will fall for anything. Most entertaining was that while my brain cells suffered from viewing the cartoon, the 9 out 10 people on the ‘net that found Freaknik comical also had a hard time spelling the word “hilarious.” With the exception of maybe one or two chuckles (a female named Obamanique), “Freaknik: The Musical” was created in the poorest of taste. The show aired the Black community’s dirty laundry on issues like Black on Black violence, lack of ambition amongst our youth, unwanted pregnancies, religious corruption, and constant refusal to accept gays in our community. While these issues do need to be addressed, it was the execution that was ignorant, to say the least, and painfully horrific to watch. If Faheem Najm’s intentions were to start a shit storm, congratulations, “Freaknik: The Musical” accomplished just that. If the intentions of Faheem Najm, aka T-Pain, were to push every racial button humanly possible, Najm, did that as well. It was a sordid, uncomfortably ignorant, disgustingly irreverent, 60 minutes that sadly and honestly highlighted everything wrong within the Black community. What is even more disheartening is realizing last night that while we do have the option to turn off the television, these issues do exist and we can’t turn off reality, proving the joke really is on us. Read more: