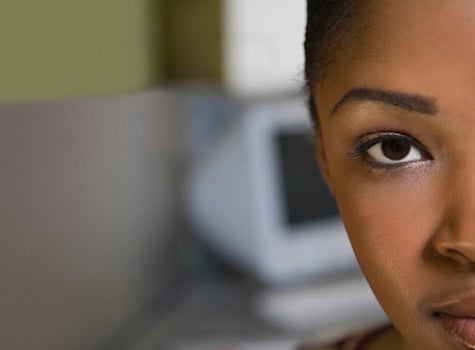 There’s a tempest brewing on the campus of Cornell University, after an Africana professor called two female students “Black b*tches” in an off-the-cuff remark. The professor, Grant Farred, apologized to the women when they brought it to his attention and said he meant no harm. But ever since the comments came to light, several students, alumni and faculty have been clamoring for a public apology, a dismissal, a flogging or anything to atone for his crimes. As the story goes, two of his advisees, both female graduate students were invited to attend a conference at another college. The students arrived late, but after the panel, Farred is said to have thanked them for coming and then commented, “When you both walked in, I thought, who are these Black b*tches?” Awkward. Let’s be clear, no professor should use such language when talking to his students or advisees. That’s just stupid. If you’re going to risk probation and tenure, pick a new violation. Perhaps Prof. Farred, being of South African heritage, missed this cultural teaching moment, but our reigning Queen, Latifah that is, amply covered a Black woman’s disgust over being called the B-word way back in her 1994 hit, “U.N.I.T.Y.” Women don’t like being “called out their name,” and in Latifah’s song, somebody got “punched dead in the eye” for such an offense. However, in the professor’s defense, I must admit that the B-word has lost a bit of its sting of late. I don’t know if it is Britney Spears, hip hop music, the gay community, drag queens or shows like “The Game” and “Girlfriends,” but the B-word has been co-opted and transformed into a weird term of endearment or camaraderie. Kind of like what some people claim to have done with the N-word. Or what some in the gay community have done with the word, “f*g.” But you can walk up into a trendy lounge and find a boothful of Black women, glasses raised, hollering, “whassup bitches!!” and it’s all good. The good professor may have thought he was actually paying the sisters a compliment on their swagger, confidence and attitude. Memo to ESSENCE readers: I’m not saying this right or wrong, I’m just telling you as I see it. Having said that, and this is where Prof. Farred went terribly wrong, there is a nuanced but stark difference between calling someone a “B,” and putting the world “Black” in front of it. While the B-word may be experiencing some sort of mainstream comeuppance, when you put “Black” in front of it, the rules change. Like immediately. When you add race to any slur it turns into a volatile cocktail in 2.4 seconds, but there’s something about putting “Black” in front of the B-word, that makes every Black woman black out. Been there. Lost it. I had a friend who married a White man she loved for many years–they had a house, children and the whole nine. She stayed with him for years through unemployment, a few midlife crises, and infidelity but when he slipped up during an argument and called her a “Black B,” that was it, she was out of there. She didn’t care about whatever names she was hurling his way at the time, that was a dealbreaker. Go figure. The final problem is that Black folk just get way too familiar and forget all sorts of professionalism and decorum when they are around other Black people. You know when you’re interviewing someone for a position in your department and they hit you with the “hey sister” or the new person at work just comes over and starts talking about White people as if we are that cool just because we share the same skin tone. You’d think a Cornell professor would know better than to use that kind of language at a professional event and when speaking to students. We all know there are things you do when you are at home or around your bonafide people, and lines you never cross in professional settings or in mixed company–even if the company is brown. That’s just Being Black 101. At the end of the day, we’ve really have come too far to continue to use derogatory words against each other, even if there is no intent to offend. As Black women we take enough heat being stereotyped, maligned and sidelined in the media, Hollywood, corporate America and many other arenas. So, we really don’t need someone who is a supposed educator, an intellectual academic, and a perceived mentor using sexist language that brings us down. But it really hurts that we’d have to tell a Cornell professor that. Talk about the miseducation of a Negro. Related stories: