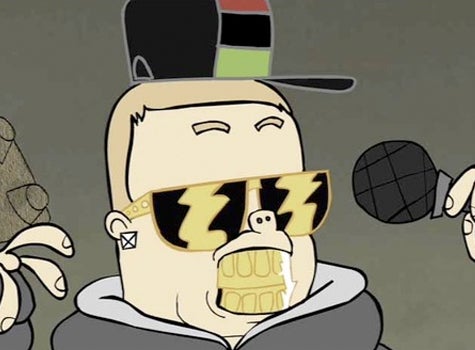 You want some salad with that dressing? You want some content with that profanity?     If you put “Freaknik: The Musical” on mute, the imagery alone would probably be offensive. However, most of the struggle watching Cartoon Network’s “Freaknik” was hearing what was said, more than viewing what was shown. If you could pocket a dollar for every single time the words, “ni**a,” “bitch,” or “ho” was used, you probably could start a small business. Supporters of the hour-long special say you shouldn’t be offended if you aren’t a bitch or ho, but please. That would be like watching Dateline’s To Catch a Predator and making the silly argument that if your not a pedophile or molester you shouldn’t be offended. Really? Black women, Black men, people in general have every right to be offended by the madness. In 60 minutes, check out the stats and outrageous quotes which you probably didn’t catch:   Goals of Today’s Youth?: “We won’t have to do anything but nothing for the rest of our lives!”–Virgil   Broken Homes?: “Freaknik isn’t real, it’s imaginary like my daddy.” –Black male youth Single Family Homes?: Woman says, “Freaknik, my baby needs a daddy.” The Ghost of Freaknik responds, “I got to get the f*ck up outta here, cuz.” Politics?: “I just want to cut that ni**as balls off.” –Jesse Jackson Pick up lines?: “What my homeboy is trying to say is… exactly, is… what are you lovely bitches getting into this evening?” – Biz Oozie The word “Bitch” was used total of 22 times, not including the musical selections. That’s almost once every three minutes. The word “Ho” was used an estimated total of 6 times, not including the musical selections. The word “Ni**a” was used an estimated total of 14 times, not including the musical selctions The level of ignorance: priceless. Read more: