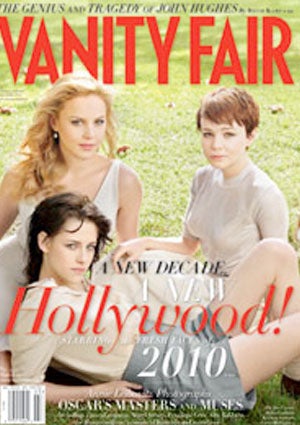 Momlogic blogger Kimberly Seals Allers criticizes the Vanity Fair Young Hollywood spread for not featuring any Black stars. The writer asks, “What about Gabourey Sidibe from ‘Precious’ and Zoe Saldana?” “I could have stomached the photo spread; I’m pretty much used to African Americans being excluded from mainstream Hollywood.” She continues, “But they really went too far with the descriptive language in the accompanying story with each waiflike actress getting her respective props for “downy-soft cheeks,” a “button nose,” “patrician looks and celebrated pedigree,” “dewy, wide-eyed loveliness,” or “Ivory-soap-girl features.” Ivory soap-girl features???” Read more on Momlogic Read More: