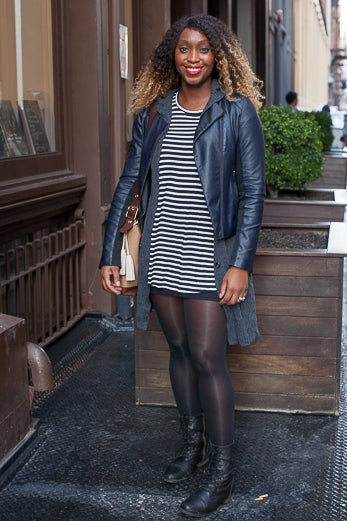 Jessica Ashford was willing to do anything to make it in Hollywood; she ended up doing everything. After graduating from the University of Maryland at College Park the co-ed hightailed it to Los Angeles to fulfill her dreams. “It was right after Aaliyah, the singer, died,” she says. “I had $2,000 in savings and I moved.” Ashford, now 29, had visions becoming a Hollywood hottie–but ended up being a hostess. Ashford logged in hours–and earned the lion’s share of her income–at popular restaurants. She assisted casting agents. Her biggest coups? Scoring day work on television shows such as “E.R.” and “The Parkers.” Ashford wasn’t quite starving, but didn’t feel like an artist. “As an extra you only get paid $150-$200 per day, but it’s really long hours and not consistent,” she shares. “Luckily, the New Jersey bred gal was ready to redirect her hustle. “I’d worked on a team that helped Chris Robinson cast projects and heard his longtime assistant was leaving. I knew I had to get that job.” Ashford believed working with Robinson, who directs videos for A-listers like Alicia Keys and movies, such as ATL, would change her life. So, when Robinson didn’t offer her a job she extended her services to him–gratis. “I attended a casting meeting at his house and saw that Chris was bombarded with things, so I decided to show him why he should hire me. I picked up laundry, did his shopping, whatever he needed,” she says. “Then I came back the next day. I kept showing up and doing whatever he needed…for free.” Eventually Robinson decided to pay up, $350 per week . “The lifestyle is non-stop so I had to be on top of everything. I’d come to his house at 4am to wake him up and I would be by his side until we dropped. There was no break time,” she adds. But Ashford did get her big break. After finishing her work–which ranged from running castings to secretarial duties to working as a 24/7 personal assistant–Ashford could squeeze in time to produce small projects Robinson gave her to do, like promotional commercials. “Chris exposed me to all types of stuff. I worked as a location scout. I met everyone from Samuel Jackson to Diddy, but I gave him my life,” she says. “I’d sleep on his couch and had to be ready to work–whenever. Like we’d review treatments at 3am. There were times when I had to sleep on his hotel room floor.” After almost two years, Ashford was ready for a change, namely a promotion and a raise. “Chris wanted me to prove I deserved it. I kept saying ‘what else can I do?'” she says. “He kept telling me ‘You just don’t get it.’ I didn’t, so I quit.” But life after Robinson was no T.I. video. “I couldn’t get a job. All the people I thought would be supportive stopped returning my calls after Chris and I parted ways,” she says. “I was too proud to call him for help.” For months, the former prodigal daughter was forced to get by on odd jobs until Robinson offered her a project that helped her transition. “I’ve learned a lot from Chris,” she shares. “I finally understood what he was trying to teach me, too. Fame and connections are all fleeting. It’s about what you can create.” Despite some hard knocks, the successful producer’s Hollywood tale had a happy ending. She’s produced for MTV and other major networks. Plus, Robinson, her mentor, is always available for advice and support. Here are a few of Ashford’s’ most bankable tips: Be assertive. Persistence pays off. If you are determined you have to be willing to talk to the people you want to work with and convince them of why you are worthy. Network now. Who you know is important–but who knows you holds even more weight. Make sure that you stay connected to movers and shakers and guard your reputation at all costs. Volunteer your services. Be willing to work for free to get your foot in the door, especially when you’re making a career change. It’s easier to convince people to hire you if they know you can do the job. Patience pays off. Don’t expect to land where you want to be immediately. Building a career takes time. Read more: