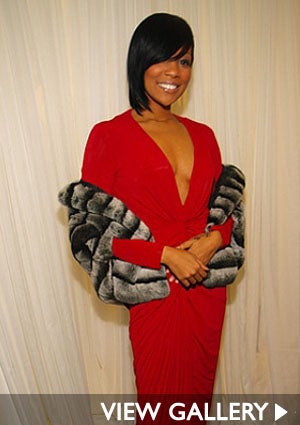 Last week, Monica returned to Twitter after shutting down her account on the social networking site in mid-October. At the time, the R&B star shared a few choice words concerning her decision. “I will no longer be on Twitter… it has also become a way for people to do malicious things, when my sole intent was to spread positivity. I love you guys, but this is better for the protection of my children, my family, fiance and fans…Take care.” She now reveals that it wasn’t the backlash she received from her engagement to L.A. Laker Shannon Brown that ran her off the social media site, but the fact that she was dealing with a stalker. “I’m SO excited today, I was not able to tell you guys about my stalking situation, but after 6yrs the person was found and arrested. So I’m back,” Monica joyfully tweeted. What Monica faced with her stalking situation is not uncommon among the who’s who in entertainment. At one time or another, whether severe or light, many of our most famous celebrities have been creeped-out by individuals obsessed with them. Check the celebs who had to “hide they wife, hide they kids, and they husbands too…”