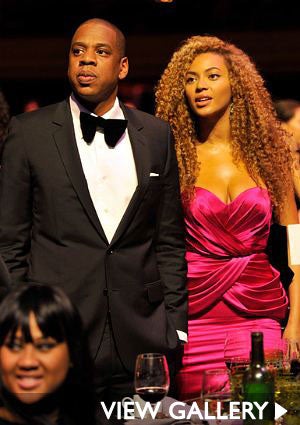 The list of Black celebrities who have recently jumped the broom reads like a guest list to the BET Awards. Martin Lawrence and longtime girlfriend Shamicka Gibbs, Paul Pierce and Julie Landrum, Alicia Keys and Swizz Beatz, T.I. and Tiny, as well as LaLa Vasquez and Carmelo Anthony have all gotten married this summer. What does this rash of weddings mean to common folks from Charlotte to Compton? Well, maybe nothing and maybe everything all at once. What these weddings do show is what we’ve found out by running our blog and touring the country with our films that showcase Black love. Contrary to what the media would have you believe, Black folks want to get married. For you, these celebrity weddings may not mean anything, but in some of our communities these are the only marriages some people will see. As we delve deeper into generation after generation of single parenthood, some of our children are growing up in communities where there are no examples of healthy marriages or no marriages at all. Similar to the conversation about why Paul Pierce shouldn’t be a role model for some young boy in the inner city… well, he shouldn’t be, but he is. Since this is the case, I’m rooting for these marriages to last, as I do all marriages. Not just because of what they mean to the couple, but because of what they mean to the community. Jay-Z can make marriage seem cool to a young boy in Baltimore — in a way reruns of “The Cosby Show” could never do, and I respect that. To all of you, I commend you (and have autographed copies of our DVDs available at your request). LOL.   Below I’ve included 5 tips that will help any newlywed find success in their marriage: Don’t take better care of your car than you do your marriage. Give your marriage an occasional tune-up by attending marriage education, counseling, reading a marriage related book or watching a marriage related movie. Don’t wait until things get bad to use these resources. Family comes first. Put the needs of your family and your spouse above your own. If you both do this, there’s no way you can lose. Society says, “It’s all about me,” but marriage doesn’t work that way. Marriage is 100-100 not 50-50. At a Houston screening of our film “You Saved Me,” a panelist said this and got a huge round of applause. He explained by saying, “If you’re only giving your spouse 50%, who is that other 50% going to?” Nuff said! Keep dating your spouse. As things pop up, i.e. jobs, kids, responsibilities, don’t forget to take the time to date. It encourages intimacy in your relationship and serves as a regular reminder of why you got married in the first place. Conflict will come. Every marriage has conflict. How you handle that conflict will determine your success. How do you know how to handle conflict and communicate effectively? Start back at tip #1 with marriage education. Lamar and Ronnie Tyler are the creators of the award-winning blog BlackandMarriedWithKids.com. They also are behind the Amazon.com bestselling DVDs “Happily Ever After: A Positive Image of Black Marriage” and the newly released “You Saved Me.” The Tylers are also the proud parents of four children.