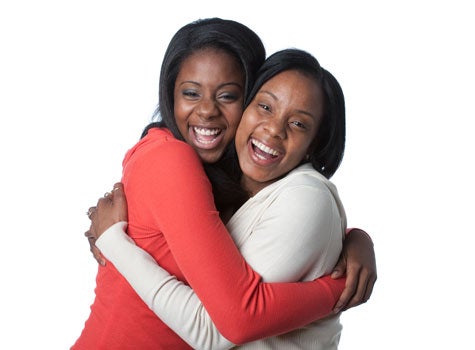 Recently I was placed in an awkward yet common predicament for professional Black women. I had to decide whether I followed my gut, or my race. I chose the former. Do I regret it? No. Was it hard? Yes. Still, I wonder whether I made the right choice.

I currently sit on a board that’s comprised of people of various races and genders. Naturally, everyone does not get along. Over the course of the last several months there’s been growing tension amongst the committee, particularly around issues of access to power. Some members felt like the “leader,” a white male, was using his unspoken societal privilege as a means to hoard the ability to exercise authority that should be shared. In short, the white boy was calling the shots.

Like most situations, this incident was not purely black and white. There’s lots of red… and maybe a tad bit of green. In my opinion, the red, which I consider to be drama, is due to previous issues that started prior to our group convening. The green, jealously, may be due to the fact that most people of color — yes, even with a Black president — are oppressed daily. The latter I surely connected with.

To me the weight of that intangible evil (oppression) is worse than any monkey on one’s back. Every day it makes me wonder whether I’m perceived as less than (despite the Ivy League education). It makes me fret over my safety (regardless of my address). I’m reminded of my limitations and envious of those who effortlessly inherited access to power and prestige. In short, I’m a Black woman on the grind, with racism on my mind, all day, and every day.

Still, I don’t always see the world in terms of just color; there are other factors. In this case, I felt like a major component of the inter-relational strife was a personality clash. So when the titans bared their claws, I went to the sidelines to watch who drew blood first. And finally, when the brawl was over I came to help mend the wounds — everyone’s. Sadly, it wasn’t enough.

I eventually learned that my silence was viewed as acceptance and encouragement of the status quo. Additionally, my neutrality felt like abandonment to the other people of color. While I was hurt to learn about how I was perceived, I wasn’t surprised. As a Black woman in corporate America, I’ve often been in situations where I’ve had to decide whether I’m with them or us. The answer is simple: Us.

However, as skin folk and kin folk, I always have to be true to myself. Should I force myself to concur with something I don’t believe in to avoid looking like a sellout? To me that feels just as wrong. Today I am balancing being all parts of my truest self in every arena that I enter. I understand the importance of supporting my people and our plight on every front. Most important, I do. And also, I refuse to go along to get along. For me, being part of a community of Black professionals meant coming to terms with questioning whether I’m accepted and understood daily. Still, there is one thing I’ll never ponder: where I stand.