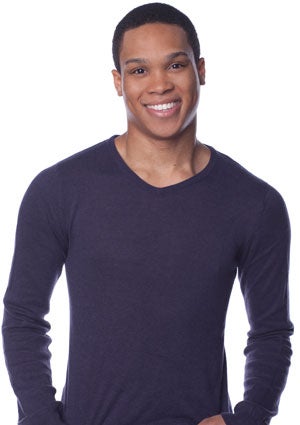 I’m going to put it out there: I am jealous of White women. Actually, not just the White ones, Asians and Latinos get lumped in there, too. It’s not their hair, complexion or even physiques that morph me into a green-eyed monster. It’s their ability to date, wed and mate. Seems simple enough, right? But for many Black women, finding a man who’s willing to put a ring on it is more challenging than keeping your hair whipped while exercising regularly.

If African-American women can toss on a cape and be bestowed licenses for everything from driving to managing investment funds, why is scoring a “Mrs” mission impossible? I know, I know, it’s out of our control. We must wait for divine intervention… our heavenly time… until he’s ready. Blah, yadda, bah-humbug! In my search to find someone who I might be remotely compatible with, I’ve heeded to lots of advice, such as dating strategically, trying men out of my race and lowering my aesthetic standards (meaning, date the balding, overweight and homely). One thing that was never suggested to me was trying a younger man; I came up with that on my own.

I met John* at a wine tasting. I knew immediately that he’d recently finished puberty (he was still waiting for the extra “grown man” pounds that will transform him from scrawny to slim), but I was optimistic because he had to be at least 21 years old… I hoped. We engaged in conversation and then I rolled out — there was more wine to drink. Still, after a few of his lingering puppy dog stares and several glasses of Moscato, I found myself surrendering my government name and seven digits to a man who was entering elementary school when I was on my way out.

My friends thought it was endearing. I thought it was ridiculous. Yes, he was a professional, super-smart and possessed more wit than Bugs Bunny. The only problem is: he didn’t know who the Bugster was! Okay, maybe I’m exaggerating. But he couldn’t recall the era when Jodeci reigned supreme, or a time before Facebook or cell phones were used to connect with friends. Even worse, his biggest dream (though he was a graduate school educated professional) was to go enter a slap boxing match in Thailand. After giving my judgmental, BAP wannabe alter ego a beat down, I realized that I needed a hit of whatever this brother was selling. My “young boo’s” outlook on life offered me a welcome reprieve from my days of fretting over mortgage payments and branding strategies, yay! But it wasn’t all Vegas nights. Dating someone young enough to be my mentee also filled me with unprecedented angst. The biggest was regarding, you guessed it, my age.

I obsessed over many details of our dating life, from the minor (think, can he afford to pay for our dates or should I give him advice about repaying his student loans?), to the major (like, do I look like his auntie or can he lift me up?). He insisted it didn’t matter. I knew better, but secretly hoped it wouldn’t. Why did God possess me with such darn good insight? After a few weeks, our love affair went from sizzle to fizzle, but I still cherish the lesson my broad-shouldered paramour bestowed as his parting gift: enjoy the moment. In my hunt for Mr. Right, I almost missed out on a great Mr. Right Now. Every relationship won’t lead to marriage, but that doesn’t mean it will end with someone in the fetal position with two ears full of tears crying out, “What did I do wrong?” Some things should be done just for kicks — regardless of your age.

Today I am balancing my outlook on life, happiness and taking chances. My “young boo” reminded me that living to the fullest doesn’t directly translate to having a to-do list of 30 goals with tangible, quantifiable results. Success sans fun equals boredom. Better yet, dating a younger man opened my eyes to what all men need most: freedom to be themselves… or at least to believe they have that option.