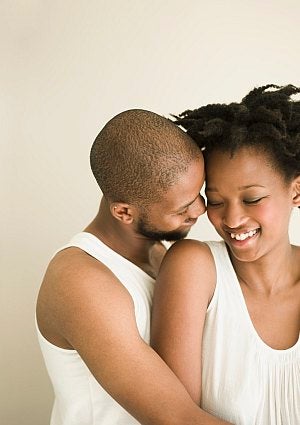 Too often I talk to women who have sole custody of their kid(s). In honor of those women I wanted to write a three-part series on unprotected sex. Today is about why you should be having safe sex. The second part, Thursday is called “The Bond Between Man and Infant.” The third part, Friday, is how “Single Mothers Can Lose Three Years of Their Lives.” “When to Have Unprotected Sex”
Every day I talk to at least one woman and at some point during the conversation she says something similar to the following statements: “He said that he loved my kids and me,” or, “I am just going to focus on my daughter,” or, “He did not get along with my kids.” Women, you have to learn to protect yourselves. A man can get you pregnant and get up and leave tomorrow without giving you or the baby a second thought because a man may not feel responsible for protecting a woman that he is not in a relationship with.
Women should be more concerned with birth control than men should. The marketing budgets of birth control products that are targeted to women are minuscule compared to the big budget markets of Trojan, Durex and LifeStyles condoms. There is someone reading this article right now that has lay down with a man without knowing for sure if he put on a condom. Why are you not watching? Why are you not assisting with the roll up? If I was a woman, I wouldn’t even trust a man’s condom, I would bring my own. Women, are you paying attention to how many women there are that are single with kids? Men are paying attention. In fact, we are paying so much attention to it that we got together and created a list for you. “The Top 9 Reasons to Have Safe Sex.” Do not have unprotected sex… 9. If neither of you have health care If you don’t have health care, how could you possibly know how much it cost to have a baby? Double up on him. 8. If he is not concerned about your HIV or STD status If he is not afraid of what you have, let’s assume that he’s already got it. 7. If you wouldn’t want him as your daddy If you’ve assessed him and he doesn’t possess the qualities you would want as your father, why would you risk making him a father for your kid(s)? 6. If neither of you can afford daycare NEWS FLASH: Sometimes men leave and don’t pay child support. If you can’t afford a baby on your own, why would you take that chance? 5. If he already has other kids that he is not parenting If you were special, he would have married you. You are not special, especially not now. He is not going to be different. 4.If he doesn’t have transportation I actually talked to a brother that was complaining about visitation and he did not have a car. Someone actually brought the sex to him.

3. If he is not ready for marriage He does not have to be ready to marry you, but he at least needs to be marriageable at the time of unprotected sex.

2. If he lives with his mother or has a roommate You need the father of your child to set an example of what a grown man is. Grown men are self-sufficient and out of Mama’s house! 1. If he asks you to have a child for him Any man that is not married to you that asks you to have a baby for him is crazy. And the baby will be crazy too. Steven James Dixon is the author of the sure fire conversation starter “Men Don’t Heal, We Ho: A Book About the Emotional Instability of Men”. He lives with his wife and son in Dallas, Texas. His book is available at relationshipbeast.com. Steven James Dixon will shed his relationship advice on SIRIUS Satellite Radio’s Shade 45 on Thursday June 10 at 9:45 a.m. ET. He returns to the radio on New York’s Hot 97 on Friday June 11 at 7:45 a.m. ET.