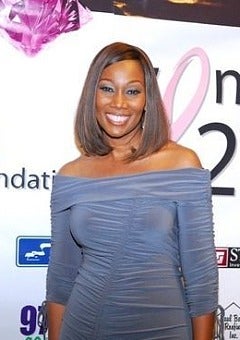 Multi-platinum, Grammy Award winning Gospel artist, Yolanda Adams is proof that you can have it all without compromising who you are. On the heels of her milestone 50th birthday, Adams is not only happier than she’s ever been, but grateful to God that showers of blessings continue to rain down!

ESSENCE.com caught up with the talented singer about her latest album, “Becoming,” available in stores now, and becoming an independent artist.

ESSENCE.COM: After 35 years in the music industry, do you still get nervous about releasing a new project?
YOLANDA ADAMS: I don’t get as nervous as I used to because now I have a track record. But I do anticipate if people are going to like the space that I’m in. It’s not just about getting a song on the radio or appearing on television. It really is about helping people change their lives one day at a time.

ESSENCE.COM: Your new CD “Becoming” is exclusively sold through Wal-Mart. How did this business venture come about?
ADAMS: The partnership with Wal-Mart is a dream come true. Wal-Mart is a major manufacturer and distributor of all types of goods, so it’s an honor to be in partnership with them. Initially I was in talks about putting my turkey burger into Wal-Mart, but as we were still figuring out specifics with that, they asked me what I was doing musically. I told them I was doing independent and they approached me about striking a deal. They came back with some phenomenal perks that made it a win-win-win situation all the way around. It’s been incredible!
ESSENCE.COM: Your new project was kept very hush-hush. Was that a strategic move or did it just happen that way?
ADAMS: It actually was a strategic move. I wanted to make sure that my “Yolanda Adams Morning Show” crew knew that I was not going to bail out on them. So for four years I concentrated on nothing but the morning show. But the project is under my own label, so it’s all on me. I don’t have a huge conglomerate backing me like I did with Columbia. I totally understand how Oprah feels now.

I’m doing this at a pace that is comfortable for me. I’m not competing with anybody, as far as on my record label because I’m the only one right now. In the very near future I will be searching for artists to develop and sign, but this is the groundwork that will establish the actual record label.

ESSENCE.COM: Do you worry about staying relevant?
ADAMS: I honestly don’t. I think as we get older, we get wiser. There are things that I know I’m teaching artists like Trin-i-tee 5:7 and Smokie Norful. Just the same way I learned from Tramaine Hawkins, Albertina Walker, Richard Smallwood, Nancy Wilson and many others. They taught me about staying true to what I believed. All of my lyrics are based on the one thing that’s never failed me, and that’s the Word of God.

ESSENCE.COM: You’re the mother of a 10-year-old, you’re about to turn 50, and you’re an award winning singer, author and radio host. What’s next for you?
ADAMS: Well I truly do have the most amazing child on the face of the earth. I know all parents say that about their child, but Taylor truly is special. And I’m excited about turning 50 believe it or not. It’s such a blessing to feel the way that I feel and know that I have so much more of life to experience.

And next up is my fall collection of Yolanda Adams Couture. I’m going all over the United States doing trunk shows to get the ball rolling. I think women are really going to love this line.