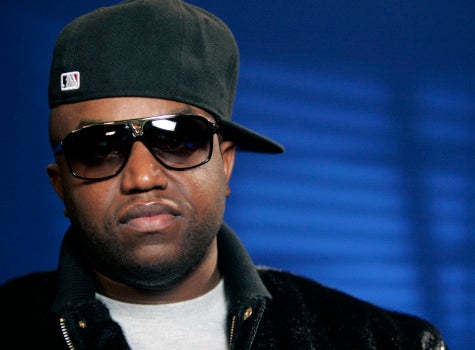 Beyonc. Usher. Jamie Foxx. Puff. Kelly Rowland. All superstars who have had their most recent projects touched by the immensely skilled songwriter Rico Love. Love, 27, born Richard Butler Jr., has spent his career being the mack in the back, creating some of our favorite songs, melodies, and ballads. To say he’s gifted is an understatement. Just so you understand: Usher current radio hit “Hey Daddy?” Yes, that’s him. “Boyfriend #2” by Pleasure P? Yes, he penned that. “Energy” by Keri Hilson? Yup, he wrote that, too. We could go on, but it’s all evidence of how talented the young man from Harlem, N.Y.–who partially grew up in Milwaukee–is. Love had a natural ability to write. Originally signed to Usher as a rap artist, the first song he ever created was the track “Throwback” for Usher’s Confessions album. Finding his calling, Love pursued songwriting with a passion and put the title “rapper” on a back burner. Nominated for three Grammy’s at the 52nd annual Grammy Awards, which airs this Sunday, Essence.com found out that not only is he talented, but he’s an all-around good dude. Here’s 10 reasons why we love this guy. 1. We love his name: “Back when I was rapping and living in Harlem, there was a lady in my building who would always call me Rico because I’m dark skin and chocolate, rich, and tasty. (Laughs) Rico combined with Love was a character I created for a French class, and it stuck with me.” 2. We love that Rico’s man enough to admit who he admires: “I wrote a lot for Puff’s album “Last Train to Paris”. I worked real close to the end of this project, and I’m still grinding it out now. This is my biggest musical influence. When I got a call from Puff, it was big! And I’m man enough to admit that. I [remember when I] was 15 looking in my mirror thinking I was Puff Daddy. It’s like the culmination of everything. As men, we should be able to share those things and not let egos get in the way.” 3. We love that Rico keeps his musical taste diverse: “Songwriters I look up to are the the legends: Smokey Robinson, Queen, the Rangers as well. R. Kelly one of my favorites, Gamble and Huff, Prince, guys like Neyo–who is like one of the dopest songwriters of our time. Sean Garrett, even as my peer, I look up to him. Vocally, Usher, Beyonc, because she brings so much…and Fantasia. Fantasia is probably one of the greatest vocalist I’ve ever worked with.” 4. We love that Rico has a spiritual side: “God is first in my life. I feel like writing uses my spirituality. I am very close to God, I pray every day, and I feel in touch with him. So I think because of that, he gave me a spirit of discernment, and I can take in people’s feelings and write a record from that.” 5. We love that Rico keeps it simple: “I hear the beat, I pace back and forth in the studio, then go into the booth and sing the song. I never write any lyrics down, I don’t over think anything, I don’t spend hours working on a song, because for me, it’s not organic. Honestly, I was waiting for Beyonc to get to the studio when I did the “Sweet Dream/Beautiful Nightmare.” I literally just heard the beat, went into the booth, and sung the song right on the spot.My process isn’t better than anyone else’s, it’s just my process.” 6. We love that he may win a Grammy this Sunday: “Years ago I was nominated for my work on “Confessions,” but lost to Ray Charles. This year I’m nominated for the album of the year for Beyonc, and for Pleasure P and Jamie Foxx for best contemporary R&B album. I really believe Beyonc has a real shot at winning album of the year; I really do. Her presence in the music industry these past few years is so heavy, it has dominated all formats.” 7. We love his ambition: “Even if I were to win a Grammy, I would be in the studio the next day. How can you celebrate when you have people like Babyface who has hundreds of records and tons of Grammys. I’m just focused–I want to be the best. The idols I look up to, I want to be better than them. If God allows me to get to that first Grammy, I’ll be so grateful, but it’s just going to be motivation. I plan to stay focused and keep it moving, but at the end of the day, you’re only as good as what you are doing now.” 8. We love that he’s honest: I don’t like lies. That’s the problem I have with the business, sometimes things get tainted and not portrayed for what they really are. People should always be given credit for what they do. Give writers, producers, and creators of music their just due.” 9. We love that he loves his mama: “Only keep people who around you who believe or make you believe. People who believe with much conviction; people who have thier own purpose; people who are just as hungry as you are to do what they do well. The strongest women are the women who are not a supporting cast to a man, but the woman who have their own thing. My mom is like that, she really believes, she has that strength. That’s valuable. ” 10. We love his outlook: “I’m a humble guy, and I’m always saying thank you. It’s the little things that you can take for granted as a musician that keep you from lasting long. You have to take it all into consideration…I plan to appreciate it all.” Read More