What happens after the 10th date? Is it love? Lifetime’s Love By The 10th Date explored the dating myth that by the time you have the 10th date with the same person you should be in a space to take your relationship to the exclusive commitment phase.  This sassy, fun romantic comedy produced by star Meagan Good, followed the evolution of Gabby, played by Good, as she built her personal confidence and faith in opening herself up to finding love again.  Her co-workers decided that she should try her luck by going on 10 dates with one guy and write about her experience for the digital magazine she worked for, and many love lessons followed.

Here are some of the best takeaways from the movie:

Have a Friend Tribe for Support

Have a group of people who keep you accountable and encouraged while entering the dating world. Dating does not come easy for many of us and can be discouraging sometimes after you go on several dates with several Mr. Wrongs. There’s no better support than your squad.

Gabby had a strong tribe of co-workers who were not only entertained by her dating mishaps but cheered her from the sidelines as she maneuvered the dating field. Her tribe which consisted of her colleagues Nell (Kellee Stewart), Billie (Keri Hilson) and Margot (Kelly Rowland) kept her honest and accountable as she embarked on her quest to go on 10 dates with one man.

Gabby was having a hard time finding love and feeling confident in herself.  She was so wrapped up in what was going wrong that she did not open herself up to possibly pursuing one of her friends as a love interest. Despite some of Gabby’s flaws and awkward moments throughout the movie, her colleague and creative director, Dante, seemed to love everything about her.

However, she did not notice that he was feeling her. She missed all his subtle compliments and offers to drive her to and from work each day. Don’t let a bad day or a bad mood shut you off from receiving positive attention from men who see your true gems.

Be Your Own Experiment When it Comes to Love

Bet on yourself when it comes to love. Sometimes you have to step out of your comfort zone and open yourself up to new experiences when it comes love. Gabby went on a date with a preacher who likes to minister in the strip club, a chef dressed in superhero garb, and a man interested in discussing his nude flicks during dinner.  They were all dates that went horribly wrong, but the fact that she tried was a big step towards boosting her confidence and setting herself up for the right guy. 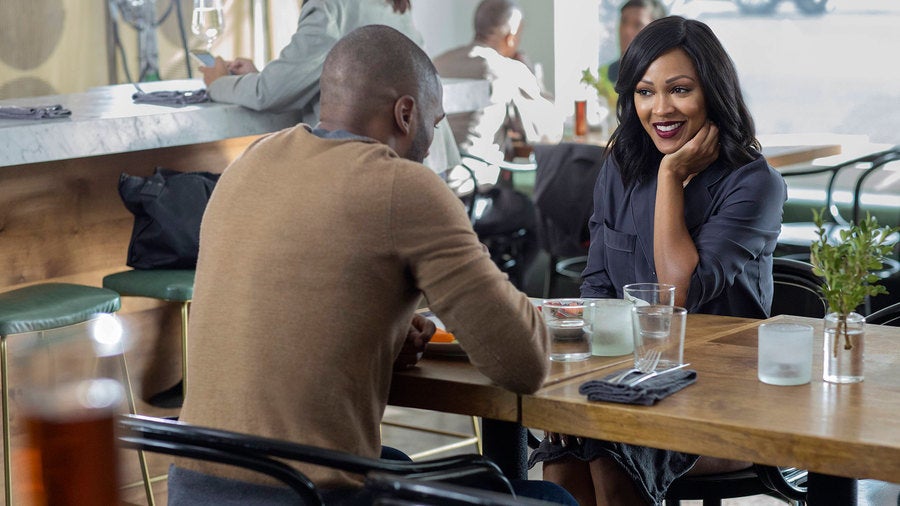 This marriage failed to truly be open with their limitations that eventually were crossed and left this union wounded. Make sure your partner is truly open to having additional people in your bedroom and in your marriage before you give it a try.

When You See Someone You Want Shoot Your Shot

Nellie is that friend who is always up for a challenge and down for some fun, so when her character took a chance with a bisexual man it explored an element of dating that many women shy away from.  Would you continue to pursue a relationship with a man after he admits to being attracted to men?  Many women would probably not explore a relationship with a bisexual man.

However, Nellie liked his vibe, so she took her shot and she continues to be unafraid to go after what she wanted. She broke many of the rules that people say a Black woman won’t do.  She dated a bisexual and she even proposed to him by the end of the movie and he said “yes.”

I know Jazmine Sullivan busted the windows out of her man’s car, but you don’t have to go that far when your heart’s broken.  Especially, if no cheating was involved. Gabby who admitted to having a restraining order put on her for destroying her ex-boyfriends belongs, resurfaced her old habits of destruction.

Something about her ex-boyfriend took her to a place where she wanted to tear everything up and she did it again when they attempted to rekindle their relationship.  Instead of leading her on, he admitted to her on their ninth date that he didn’t think they were ready to enter the committed stage.  All hell broke loose after that and she wrecked his kitchen and took his cake, too.

Just Like Everything Else in Life, Love Isn’t a Race

So anxious to get to her tenth date with her ex-boyfriend, Chris, Gabby loses sight of what she is really seeking.  She missed the signs that Dante was interested in her.  She lost focus at work and she tried to rush back into a relationship with a man her broke her heart once before. However, just like everything else in our life, love isn’t a race and when love happens it just happens.