2019 was the year love shined bright, and we’ve got the celebrity wedding photos to prove it.

Whether they pulled out all the stops like Idris Elba and Sabrina Dhowre did with their three-day wedding extravaganza in Morocco or kept it simple and spontaneous like Lena Waithe and Alana Mayo’s courthouse ceremony, it seems cupid was working overtime this year. There was certainly no shortage of flowers, cake, good vibes, and love to last a lifetime.

Scroll through the gallery to see the celebrity nuptials we couldn’t stop talking about. 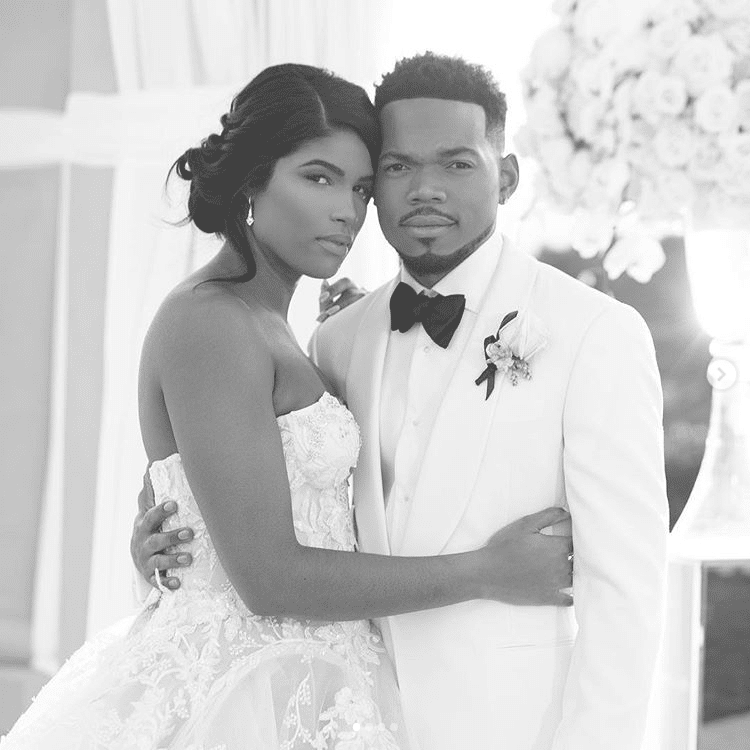 @chancetherapper
02
Chance The Rapper and Kirsten Corley
The same year they said "I do," the Bennetts welcomed their second child - a girl named Marley. Chance, an avid family man, even canceled his 2020 tour to enjoy his growing family. 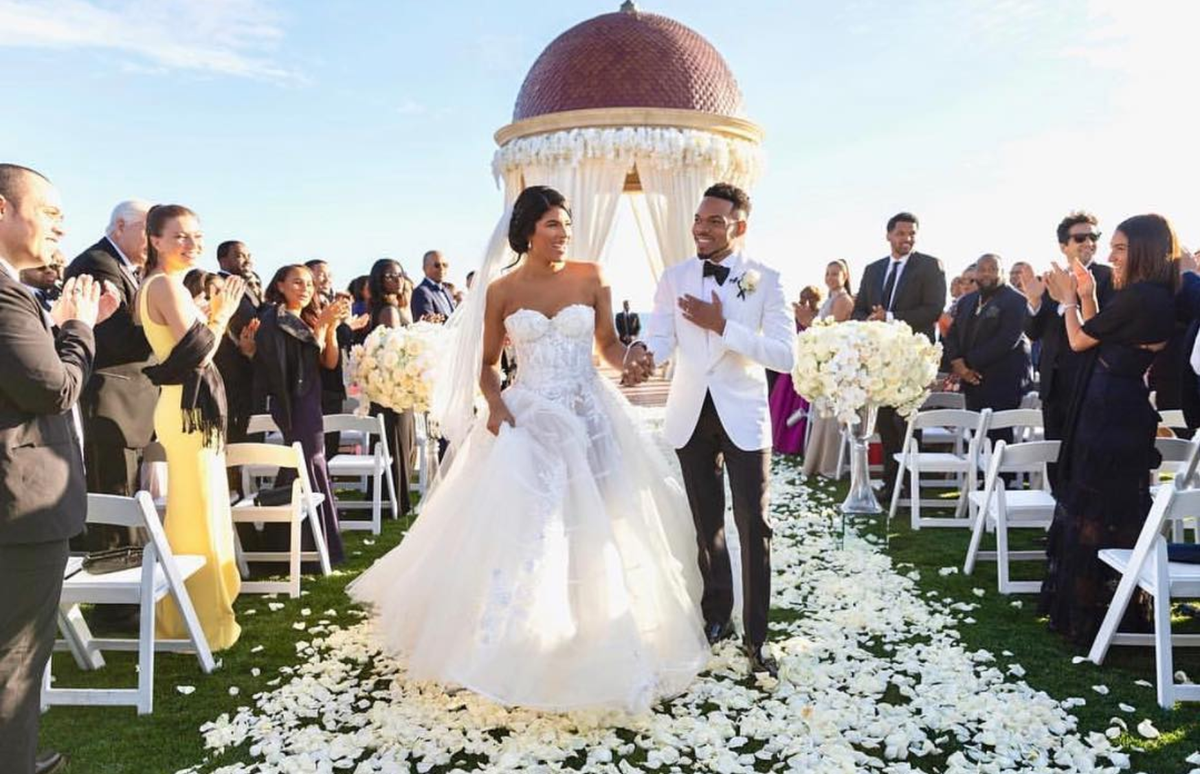 03
Cassie and Alex Fine
What a difference a year makes! Singer Cassie and celebrity trainer Alex Fine tied the knot in an intimate ceremony attended by 14 of the couple's closest family and friends. 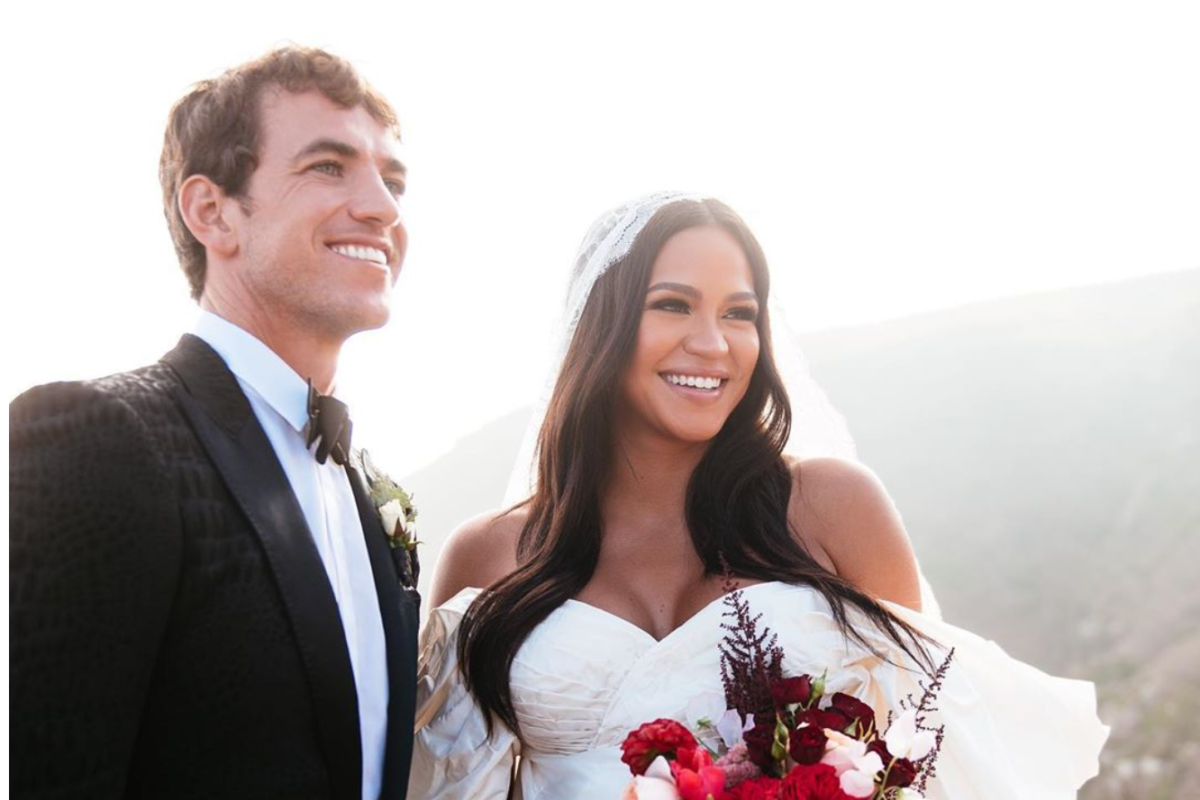 04
Cassie and Alex Fine
The happy couple made their relationship Instagram official earlier this year, four months after the singer’s public split from music mogul Diddy. Since then they’ve kept their fans informed via Instagram as their love story grew. This month, the Fines welcomed a baby girl named Frankie. 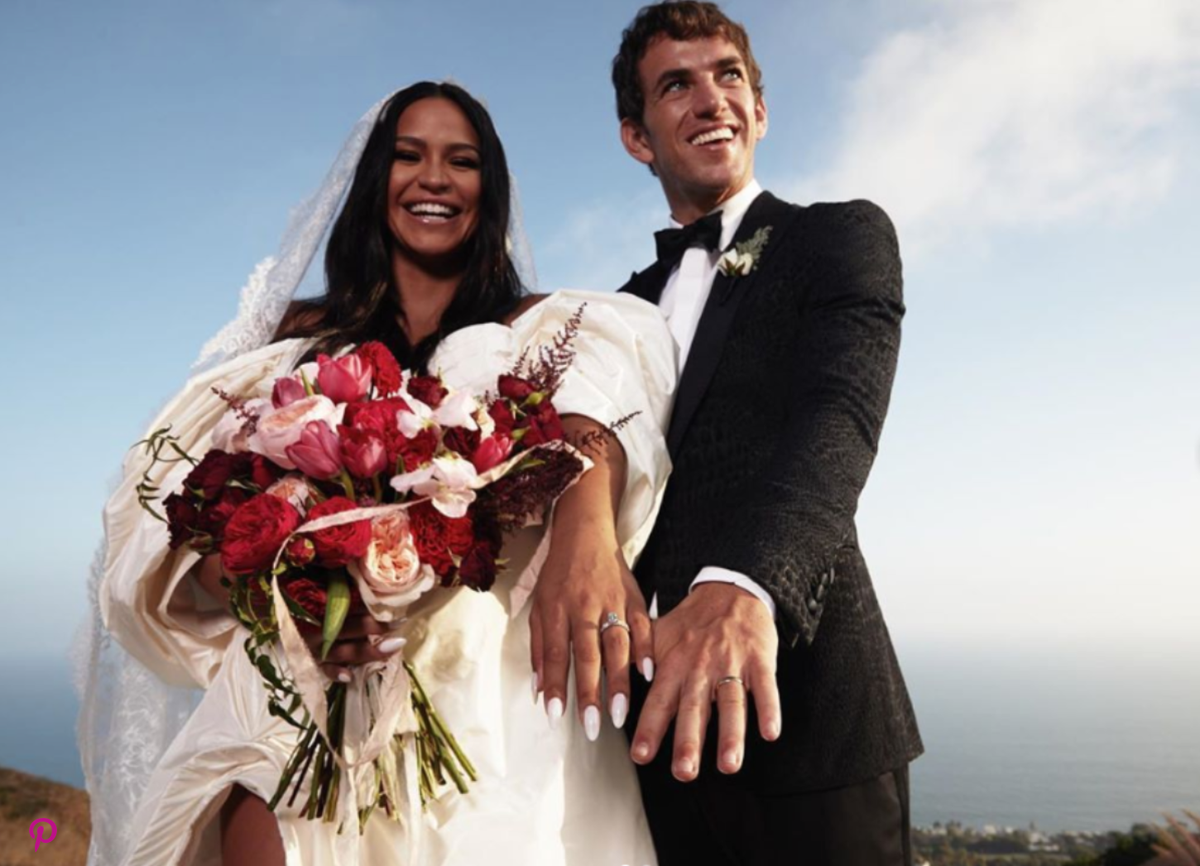 @cassie
05
Lena Waithe and Alana Mayo
On November 15, Lena Waithe surprised us all by revealing she is now a married woman. The Queen & Slim writer spilled the beans during a segment on The Ellen DeGeneres Show (guest hosted by John Legend) that she and fiancée Alana Mayo quietly tied the knot at a San Francisco courthouse. 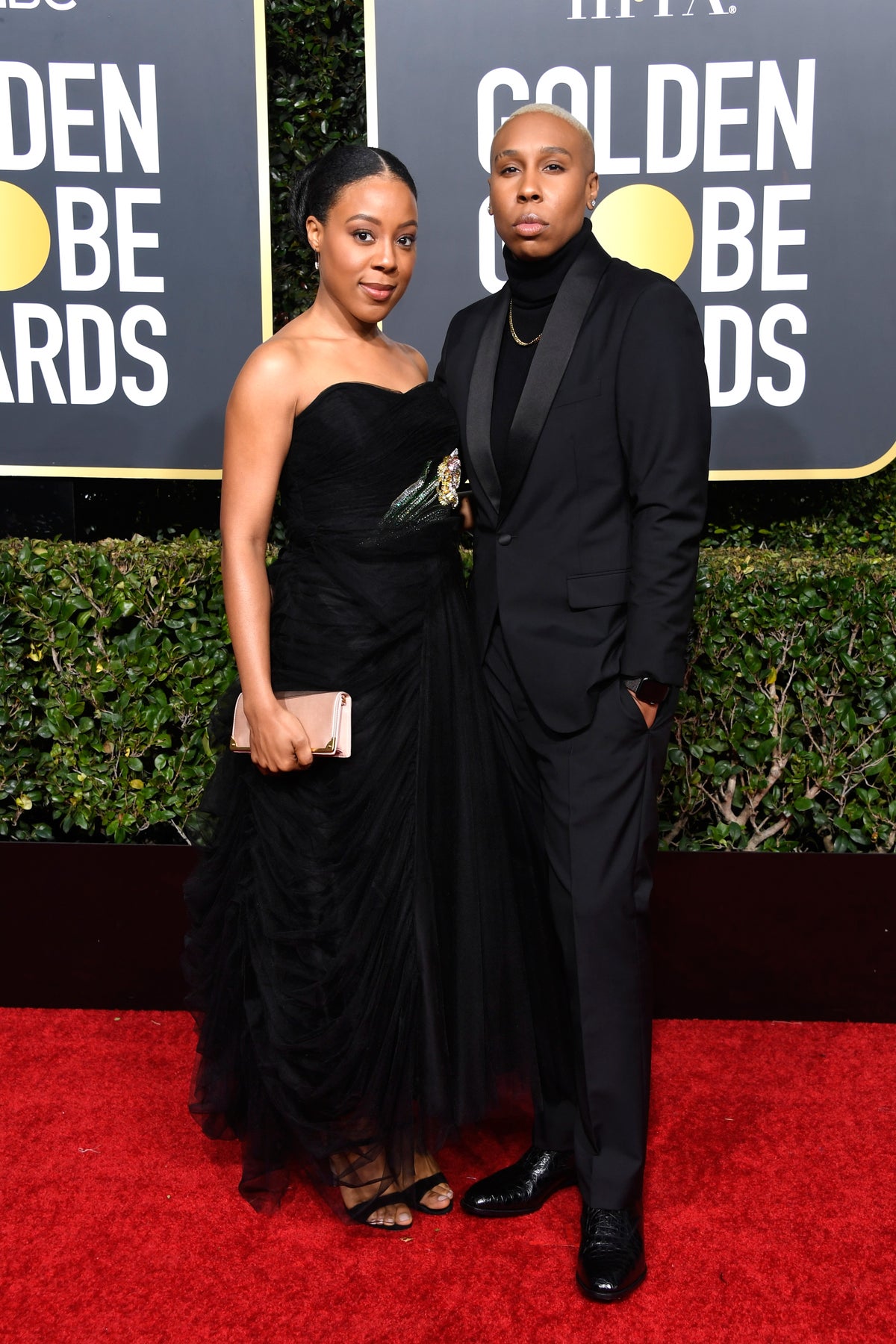 BEVERLY HILLS, CA - JANUARY 06: Alana Mayo (L) and Lena Waithe attend the 76th Annual Golden Globe Awards at The Beverly Hilton Hotel on January 6, 2019 in Beverly Hills, California. (Photo by Frazer Harrison/Getty Images)
06
Lena Waithe and Alana Mayo
The location of their spontaneous wedding holds significance. “We went to San Francisco. We went to the courthouse. Got married right in front of [LGBTQ acitivist] Harvey Milk’s bust. It was her idea, as all good things are,” Waithe explained. “She was just driving and she saw the courthouse and she said, ‘We should get married there.’ And I said, ‘Cool, I’m down.'” 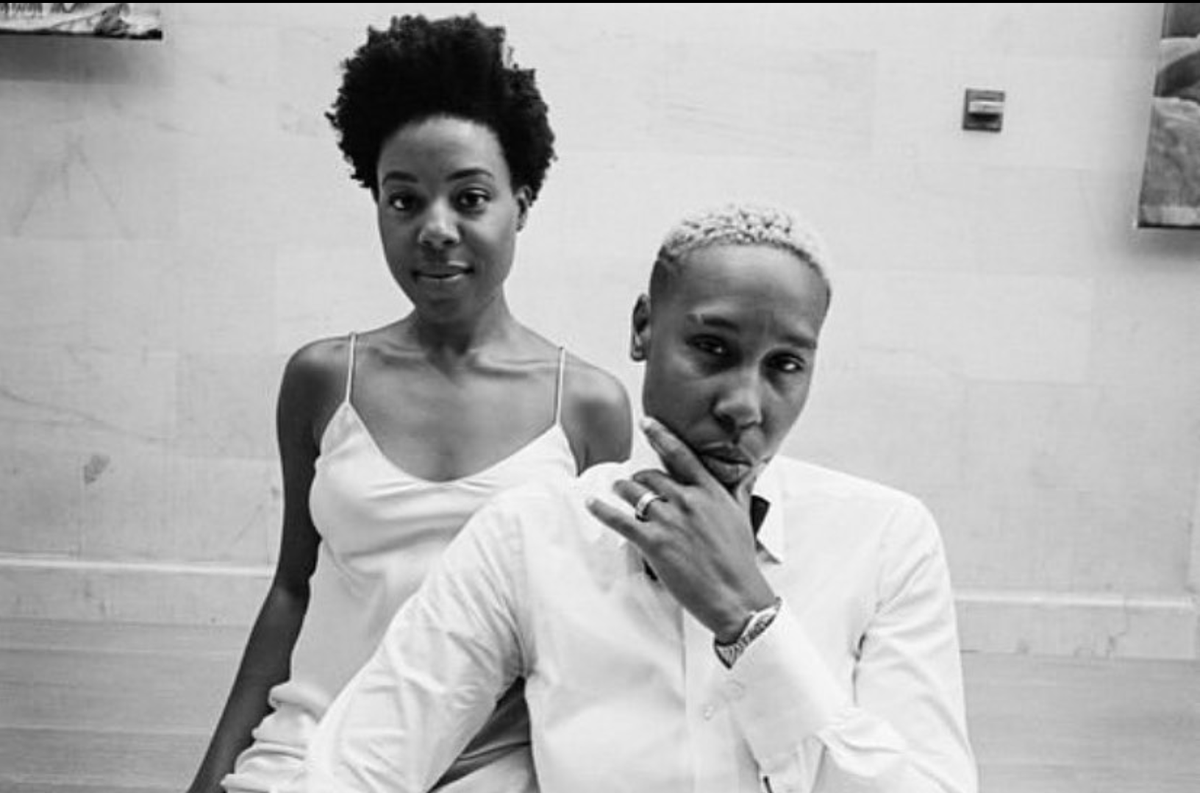 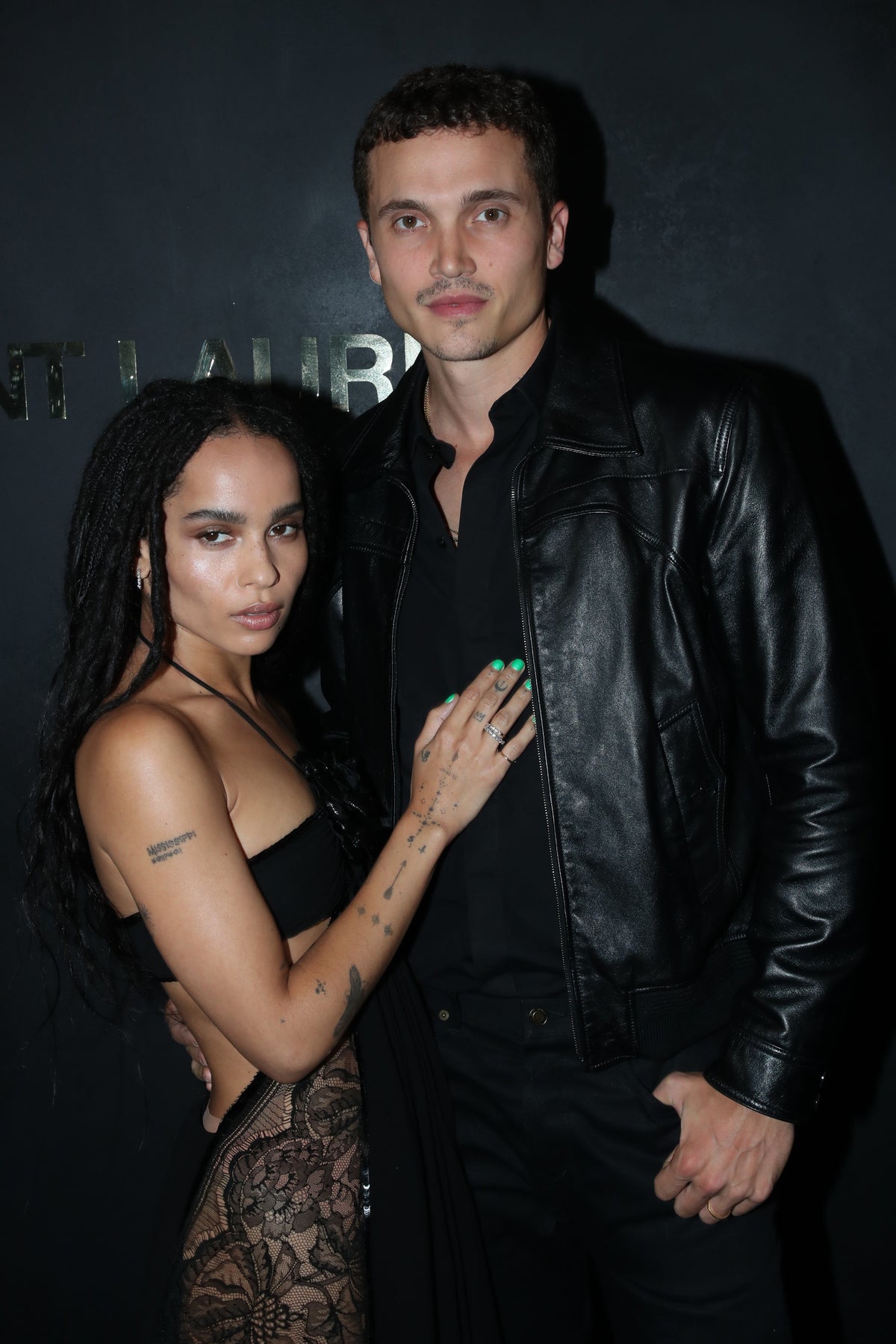 PARIS, FRANCE - SEPTEMBER 24: Zoe Kravitz and her companion actor Karl Glusman attend the Saint Laurent Womenswear Spring/Summer 2020 show as part of Paris Fashion Week on September 24, 2019 in Paris, France. (Photo by Bertrand Rindoff Petroff/Getty Images)
08
Zoë Kravitz and Karl Glusman
The couple first wed in a courthouse, then followed with a beautiful and heartfelt ceremony held in her father's three-story, eight-bedroom apartment in Paris. No official wedding photos were shared, but Mr. Kravitz did share some glimpse's from the rehearsal dinner on Instagram. 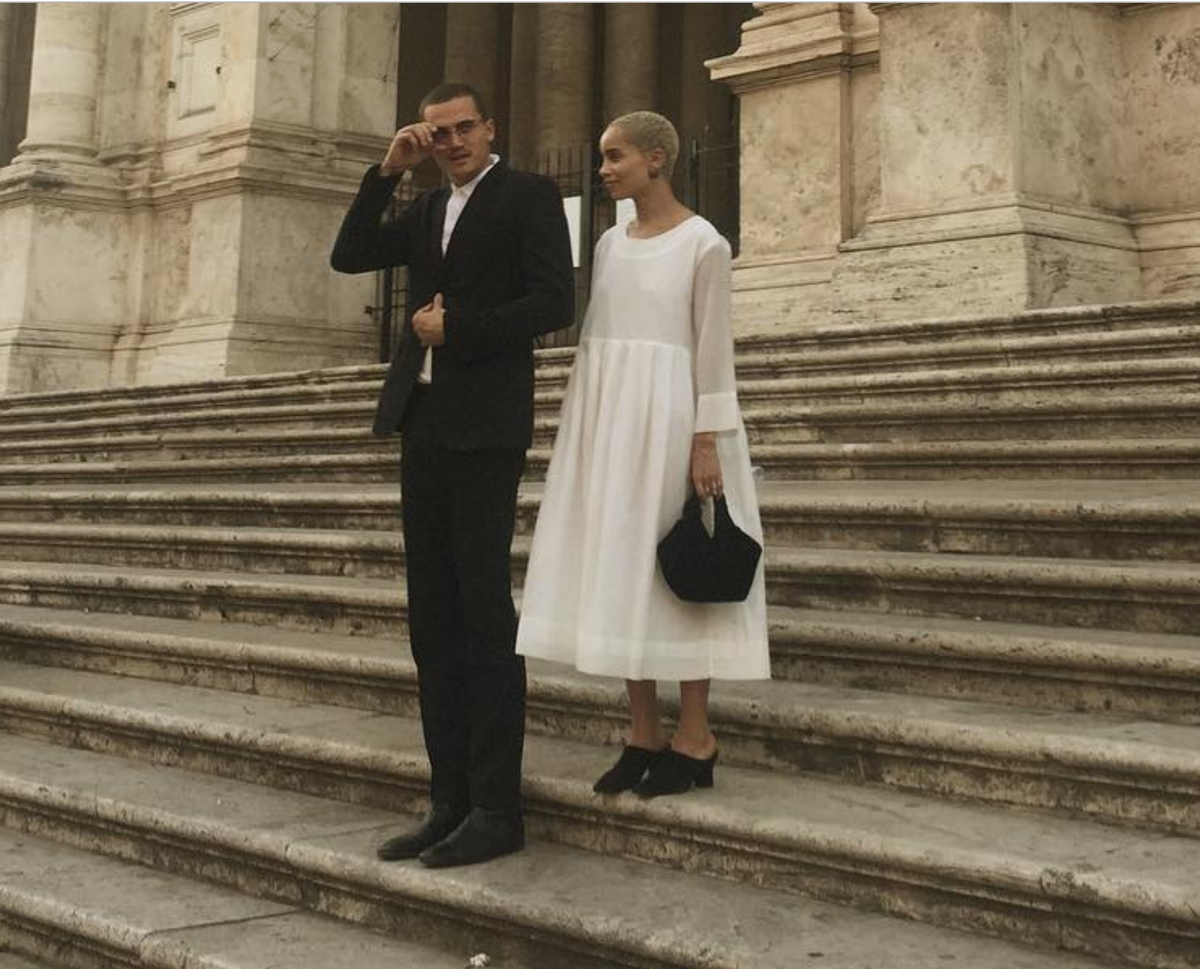 09
Mrs. and Mrs. Mike Epps
Congratulations are in order for Mike Epps and Kyra Epps. The newlyweds said "I Do" in a June ceremony out in Newport Beach. During a segment on The View, Mike Epps said that he cried out of “joy” during the ceremony. 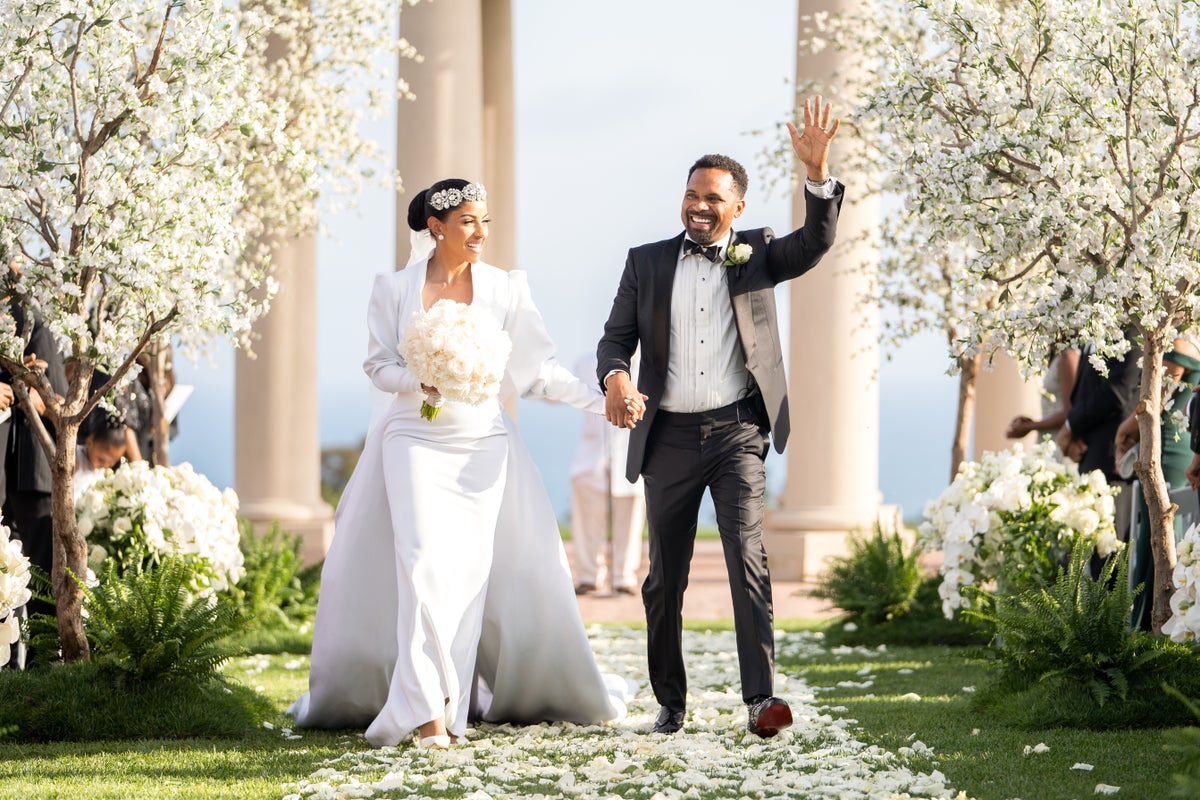 Mike Purdy
10
Mike and Kyra Epps
The lovebirds, who shared exclusive wedding photos with ESSENCE, are now expecting their second child together. 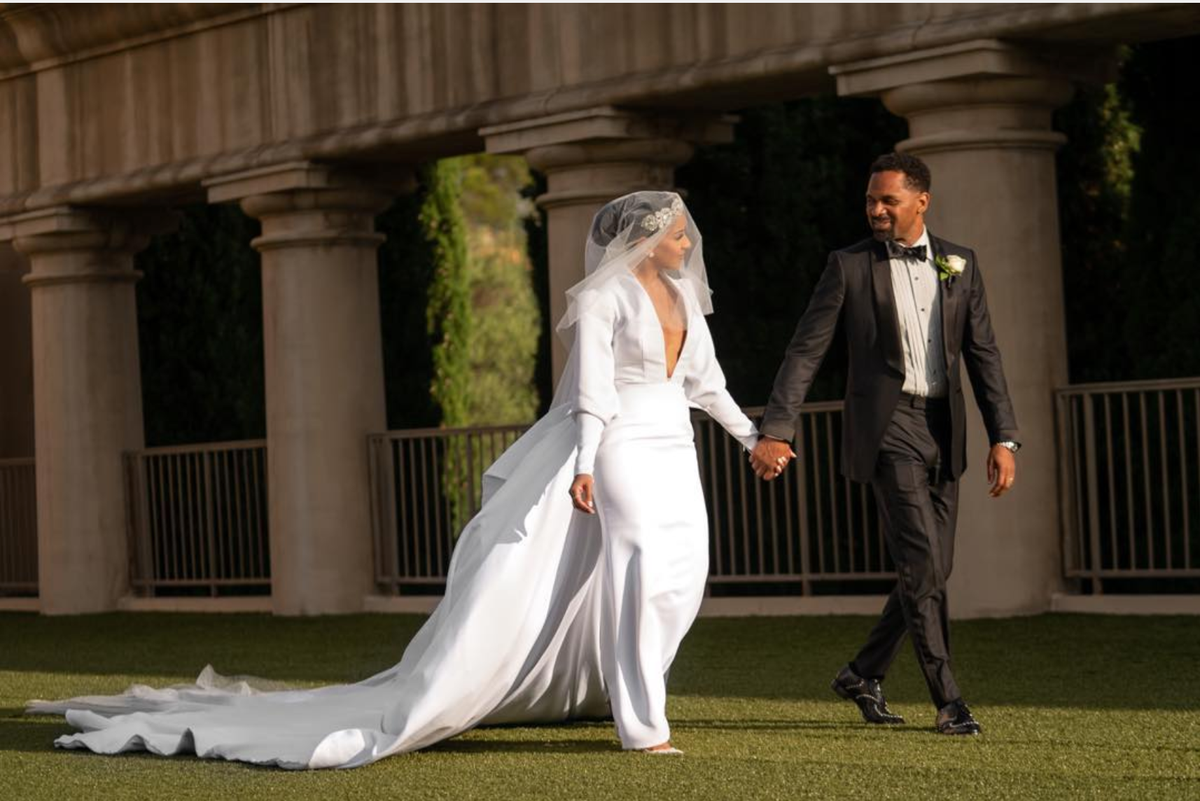 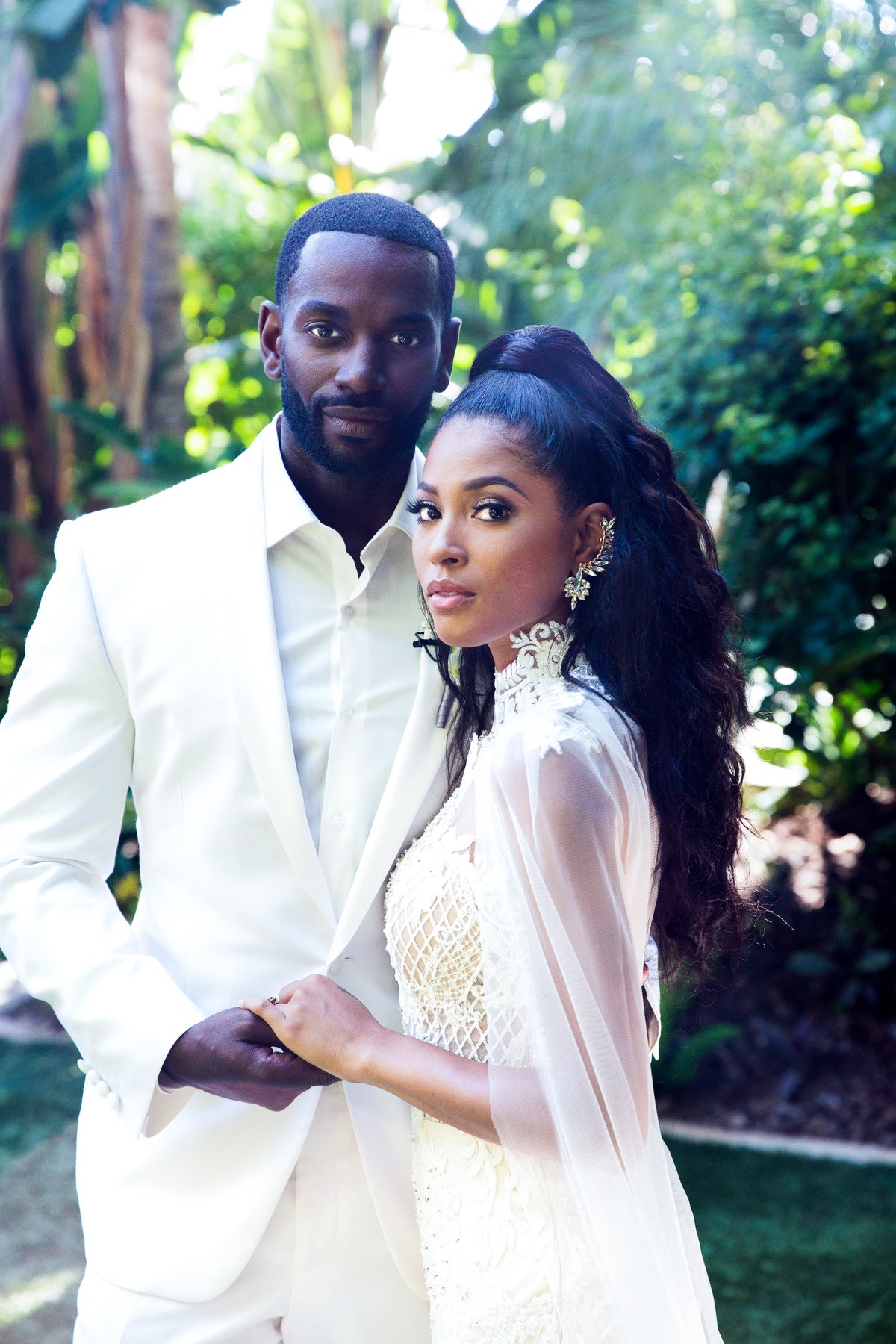 Nick Mantzel of ABM Photography
12
Mo McRae and Lex Scott Davis
Mr. and Mrs. McRae told ESSENCE they are still on cloud nine reminiscing about the magic of their wedding day. “It was like a dream,” recalls Davis. “I remember we woke up the next morning, and it felt like we lived a real fairy tale.” 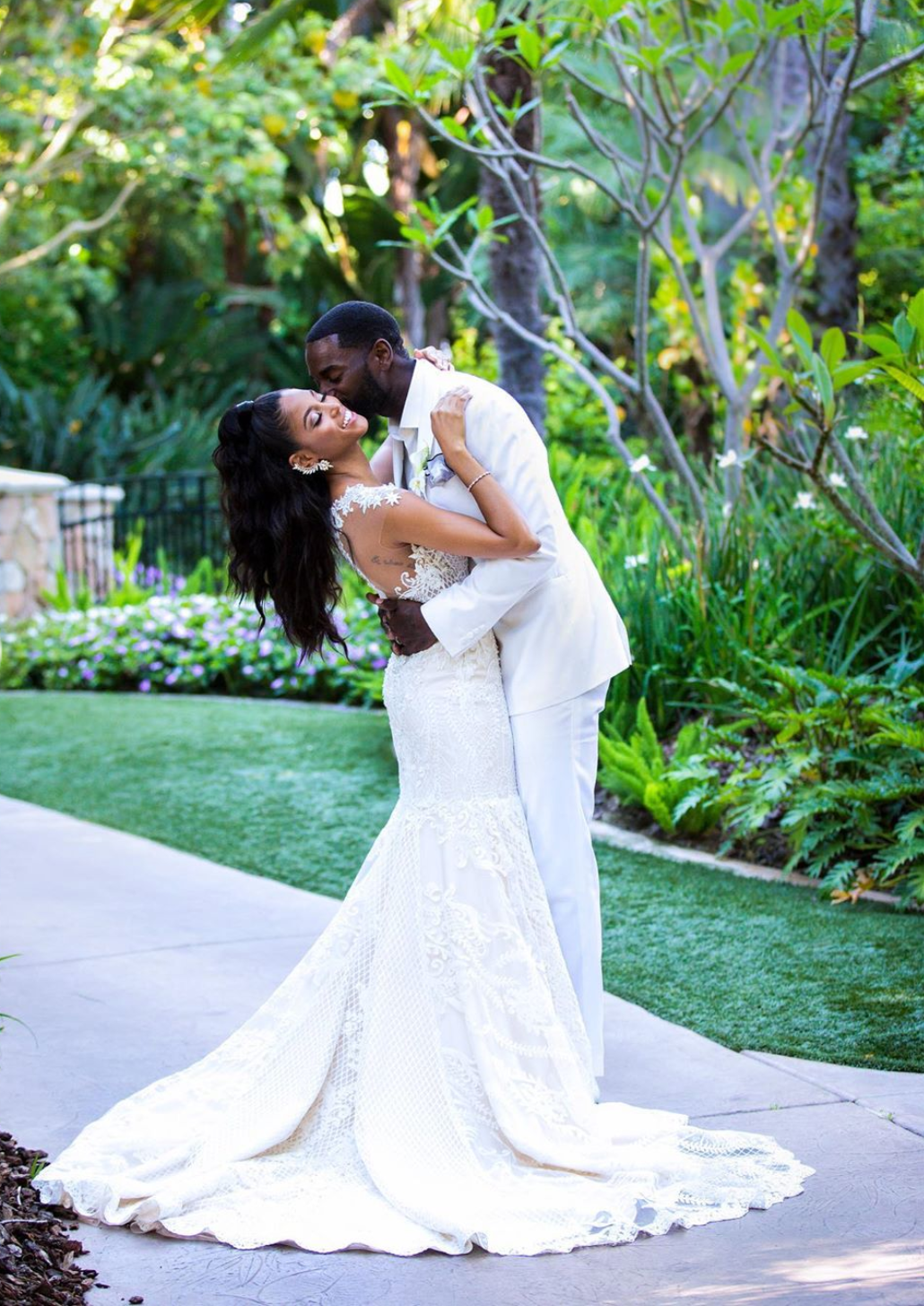 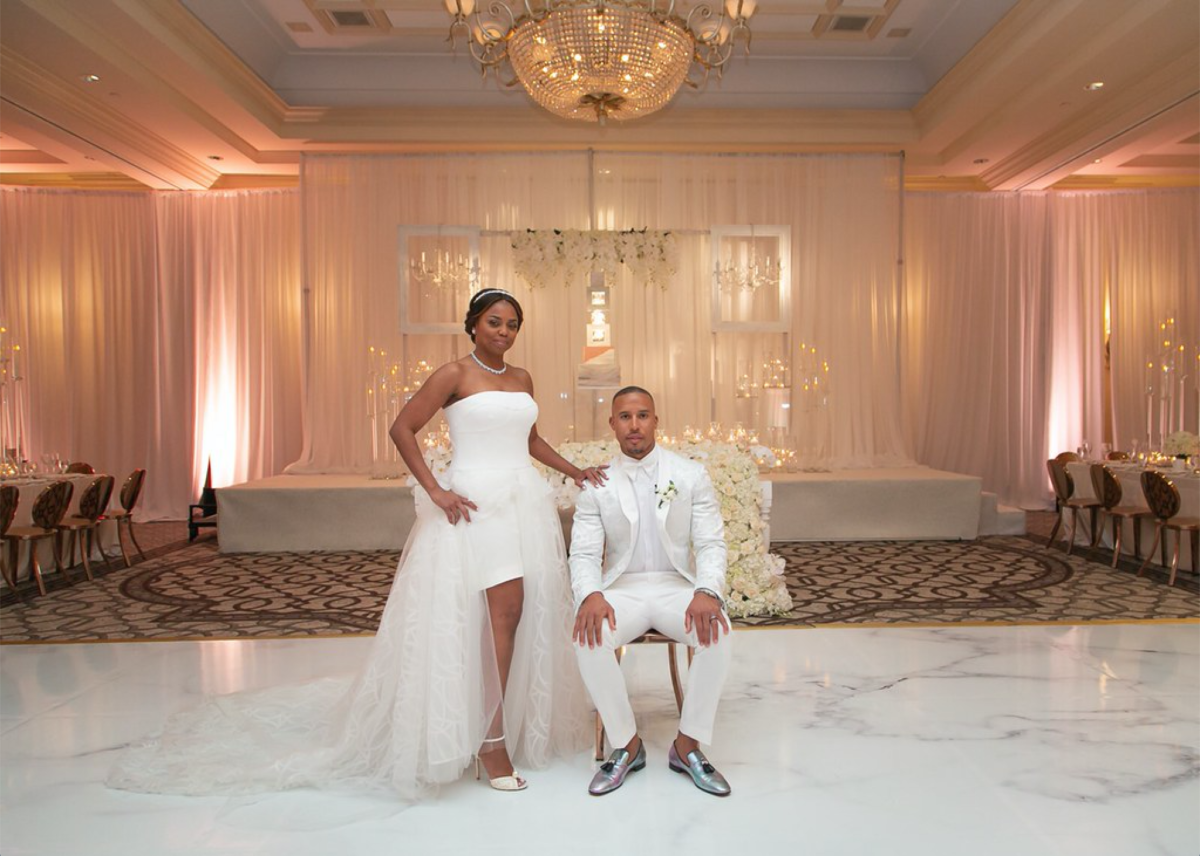 14
Jemele Hill and Ian Wallace
Hill and Wallace originally met while attending Michigan State University. They were together for almost four years before becoming engaged in 2018. 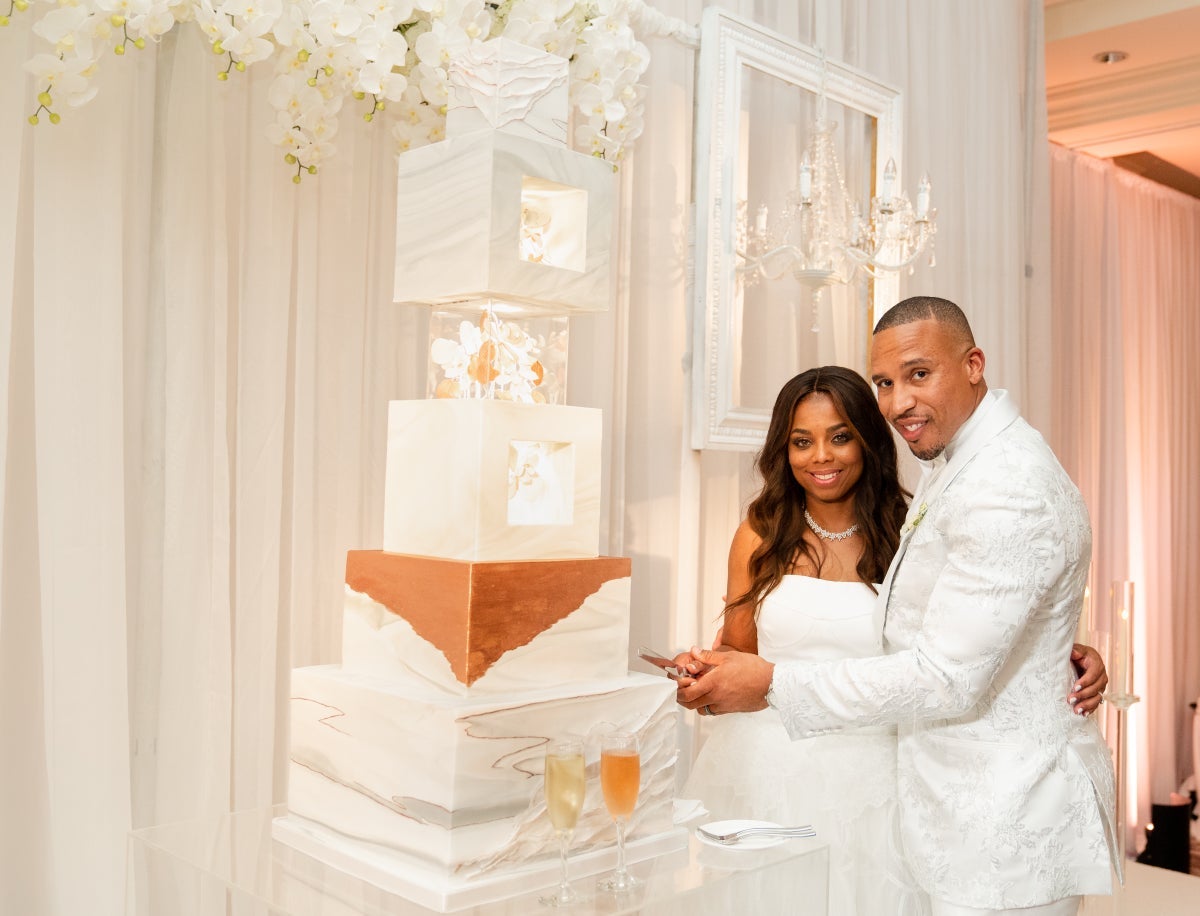 15
Idris Elba and Sabrina Dhowre
There was nothing basic about Sabrina Dhowre and Idris Elba's extravagant three-day wedding ceremony in Morocco, which landed them a cover with British Vogue. 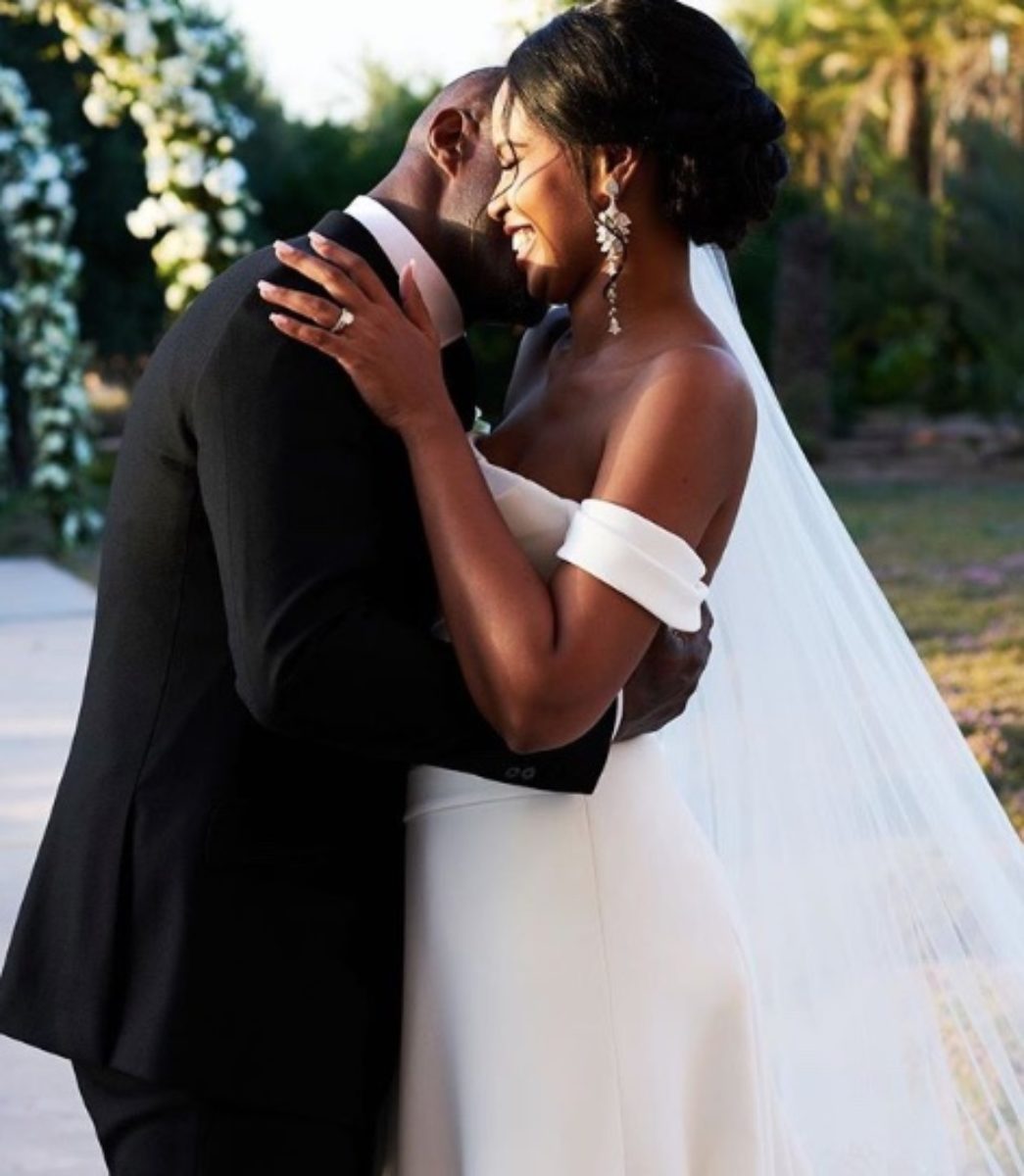 16
Idris Elba and Sabrina Dhowre
The couple, who met on the set of The Mountain Between Us in 2017, chose to spend their honeymoon in the stunning Serengeti National Park in Tanzania. 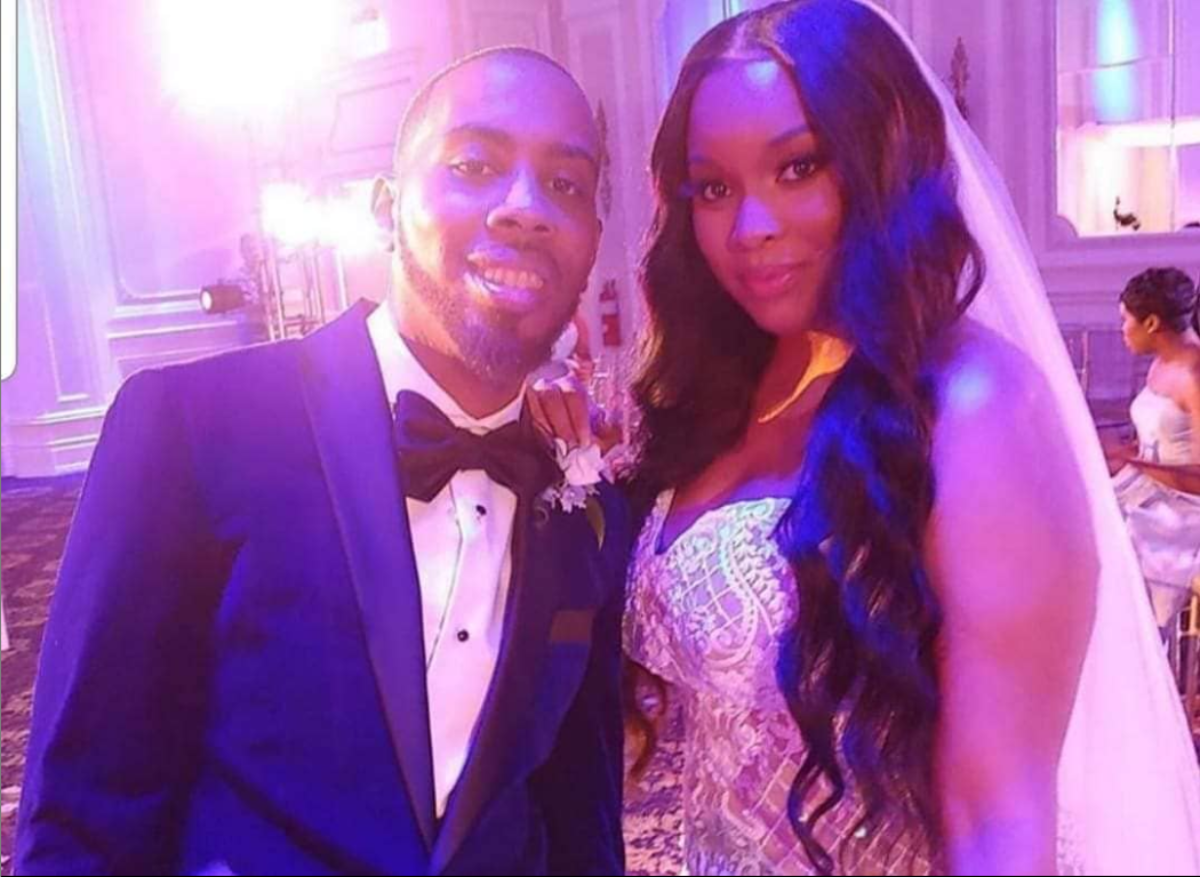 18
Nicki Minaj and Kenneth Petty
In a short Instagram video, the "Megatron" rapper showed off some matching “Mr. and Mrs.” mugs and baseball caps that read “Bride” and “Groom.” Keeping it short and sweet, Minaj confirmed her marriage to childhood sweetheart Kenneth Petty with the caption, “Onika Tanya Maraj-Petty 10•21•19.” 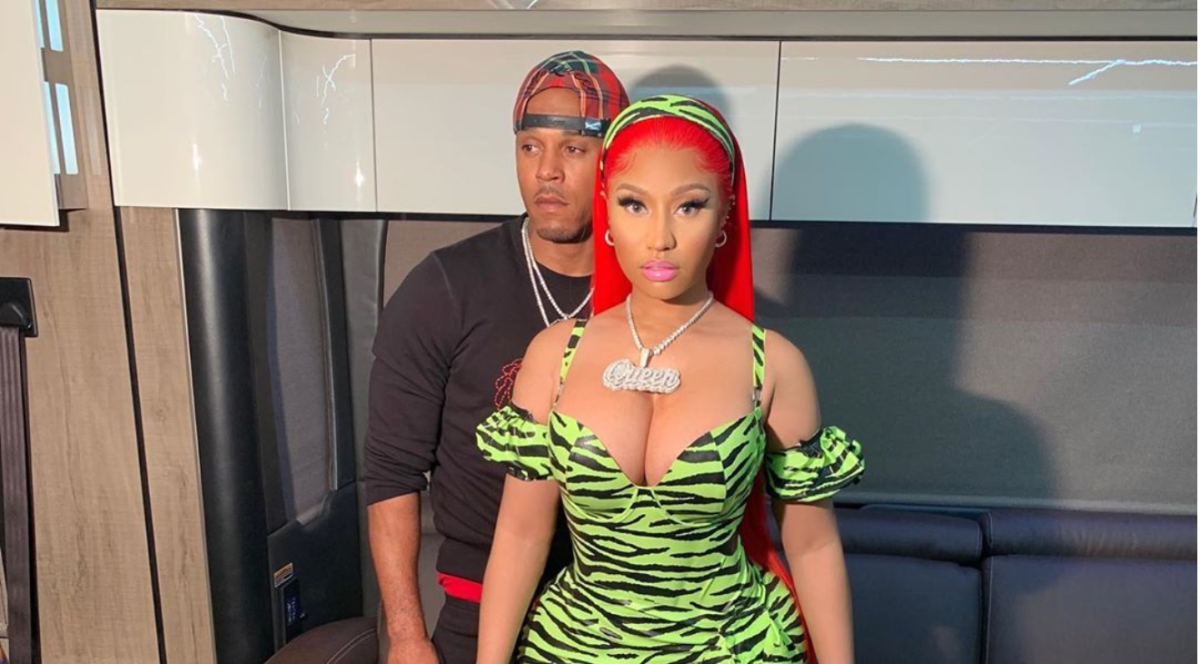 @kennethpetty
19
Nicki Minaj and Kanneth Petty
In a January 2019 tweet, Minaj spoke of their pre-fame relationship history, saying: “We were like this about each other since we were very young kids in the hood. He was on my body b4 the big ol’ ghetto booty.” 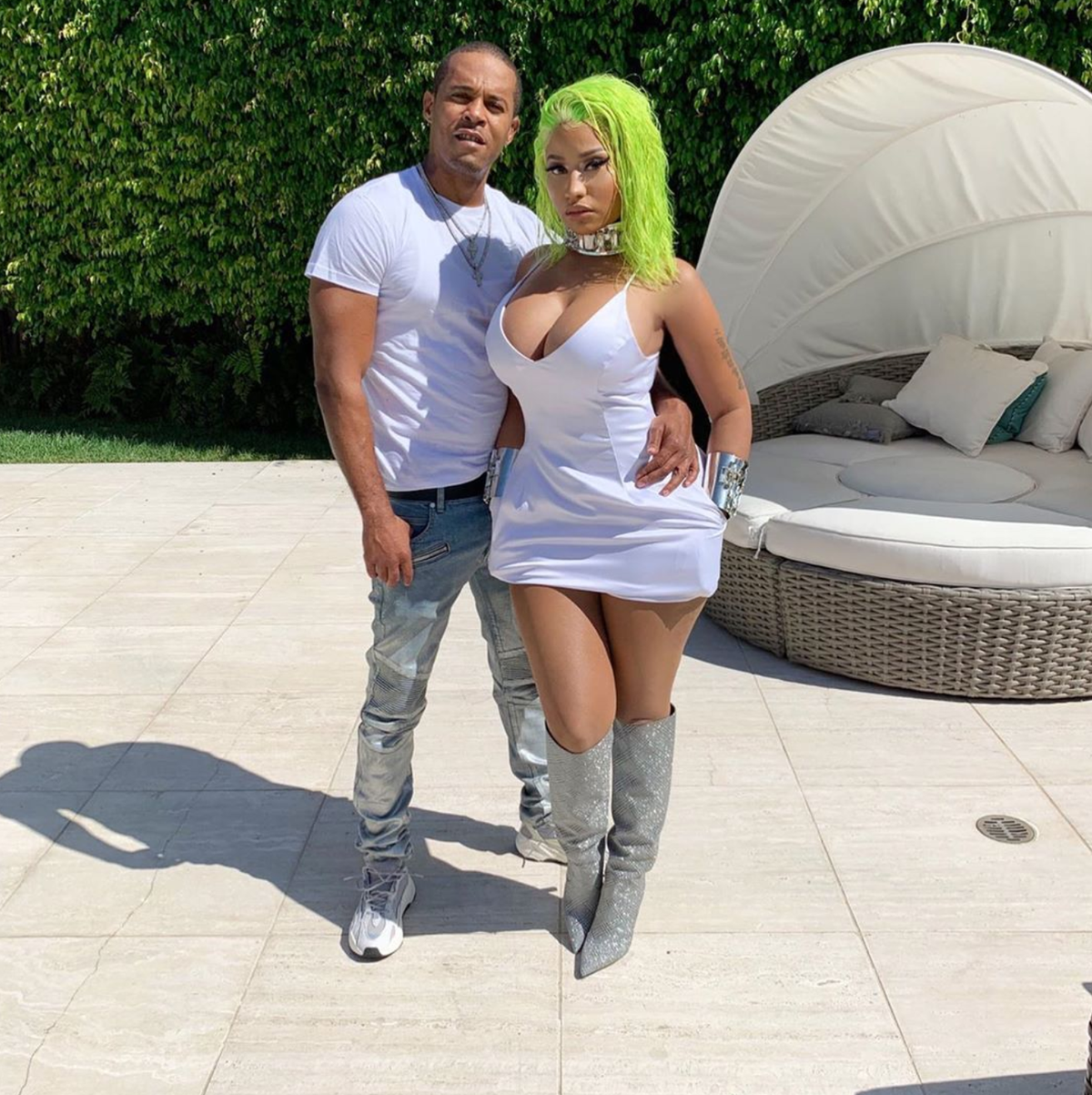 20
Rachel Lindsay and Bryan Abasolo
Lindsay, the first Black woman to star ABC's hit reality series The Bachelorette, married her hubby, winning contestant Bryan Abasolo, in an August 2019 ceremony in Mexico. The tropical location was the perfect middle ground for the couple, who had family flying in from Colombia, Texas and Florida. 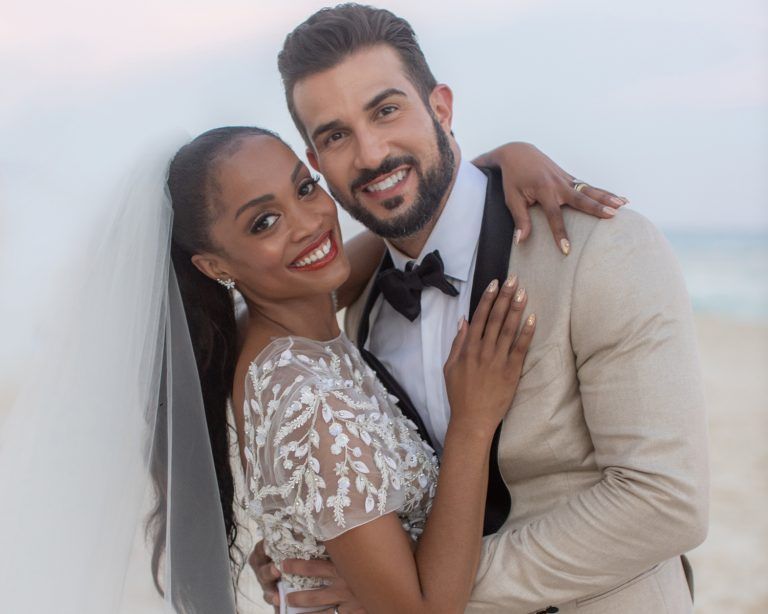 21
Rachel Lindsay and Bryan Abasolo
“It went by so fast,” Rachel said of her big day. “But our wedding was about us. It was about the life we built together outside of [The Bachelorette]. And we stayed true to who we are. No red roses!” 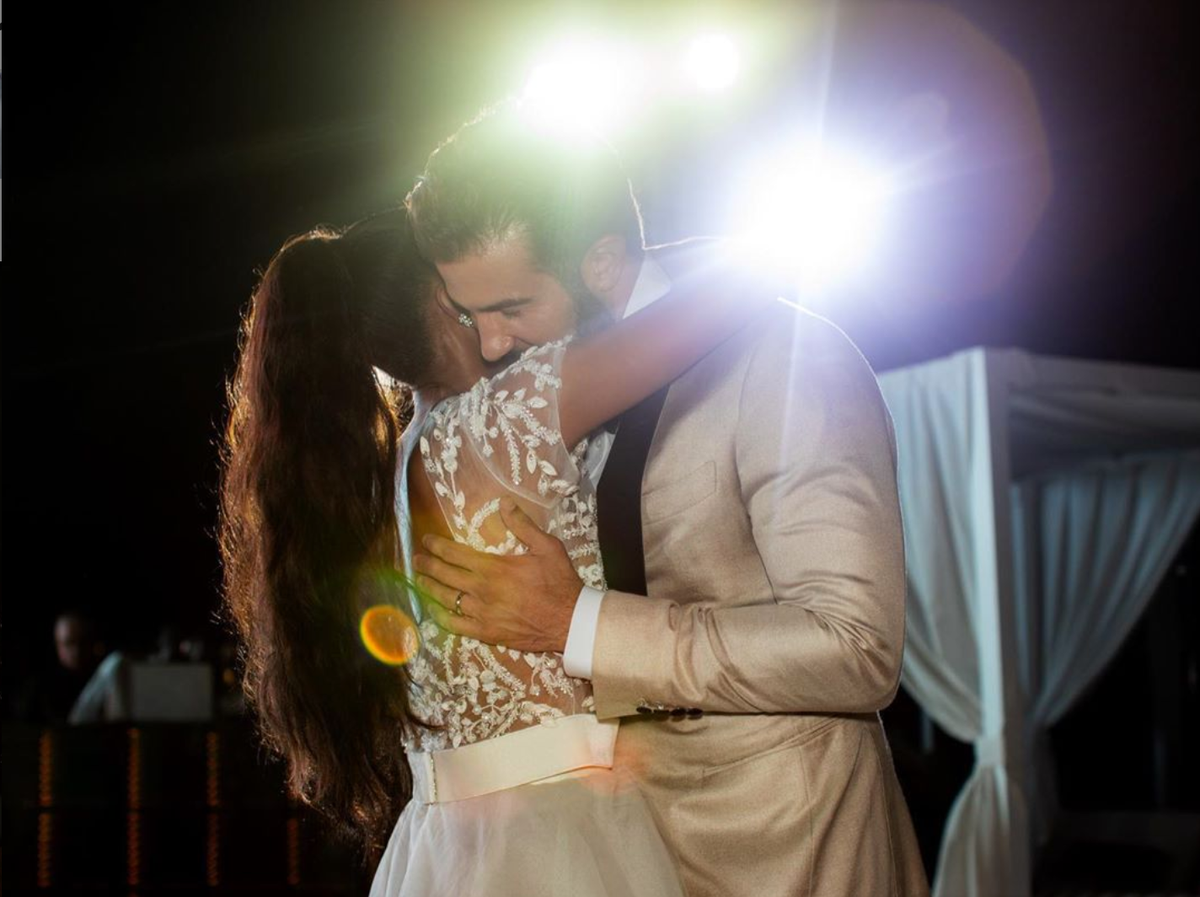 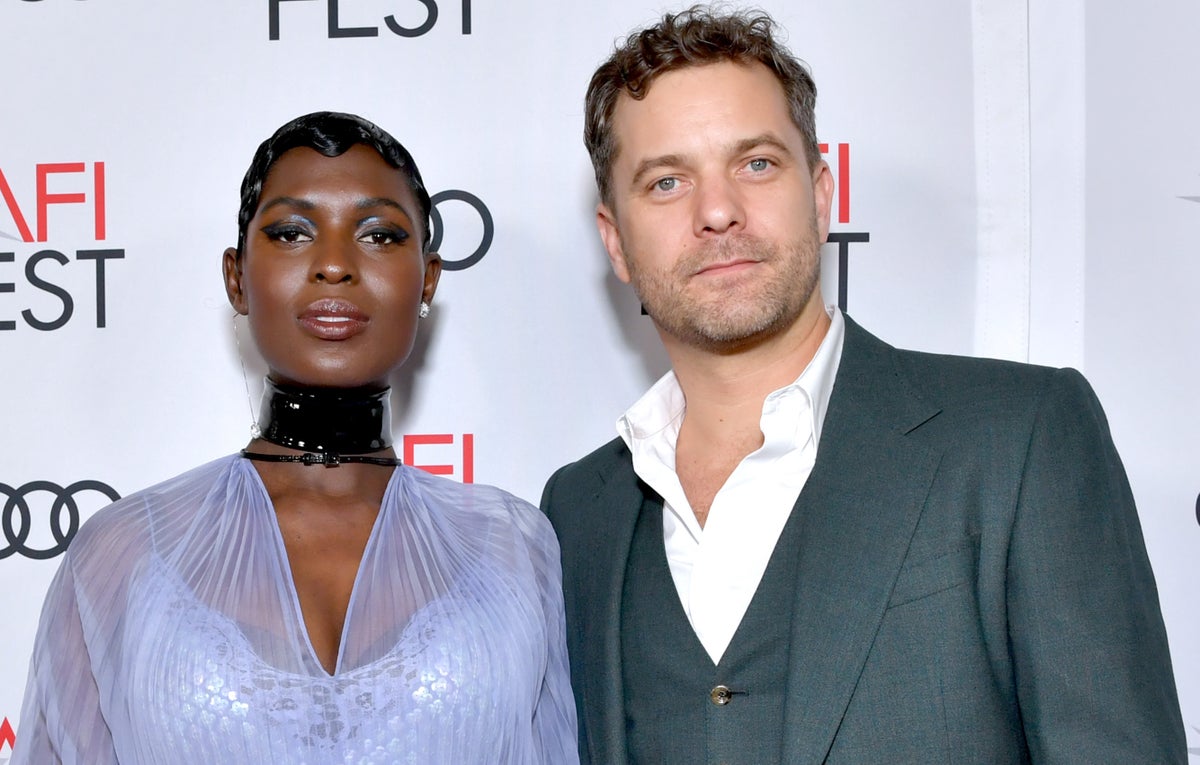 HOLLYWOOD, CALIFORNIA - NOVEMBER 14: Jodie Turner-Smith and Joshua Jackson attend the "Queen & Slim" Premiere at AFI FEST 2019 presented by Audi at the TCL Chinese Theatre on November 14, 2019 in Hollywood, California. (Photo by Emma McIntyre/Getty Images)
23
Jodie Turner-Smith and Joshua Jackson
The couple keeps a relatively low profile in the public eye, but word is they're also expecting their first child together. Awww! 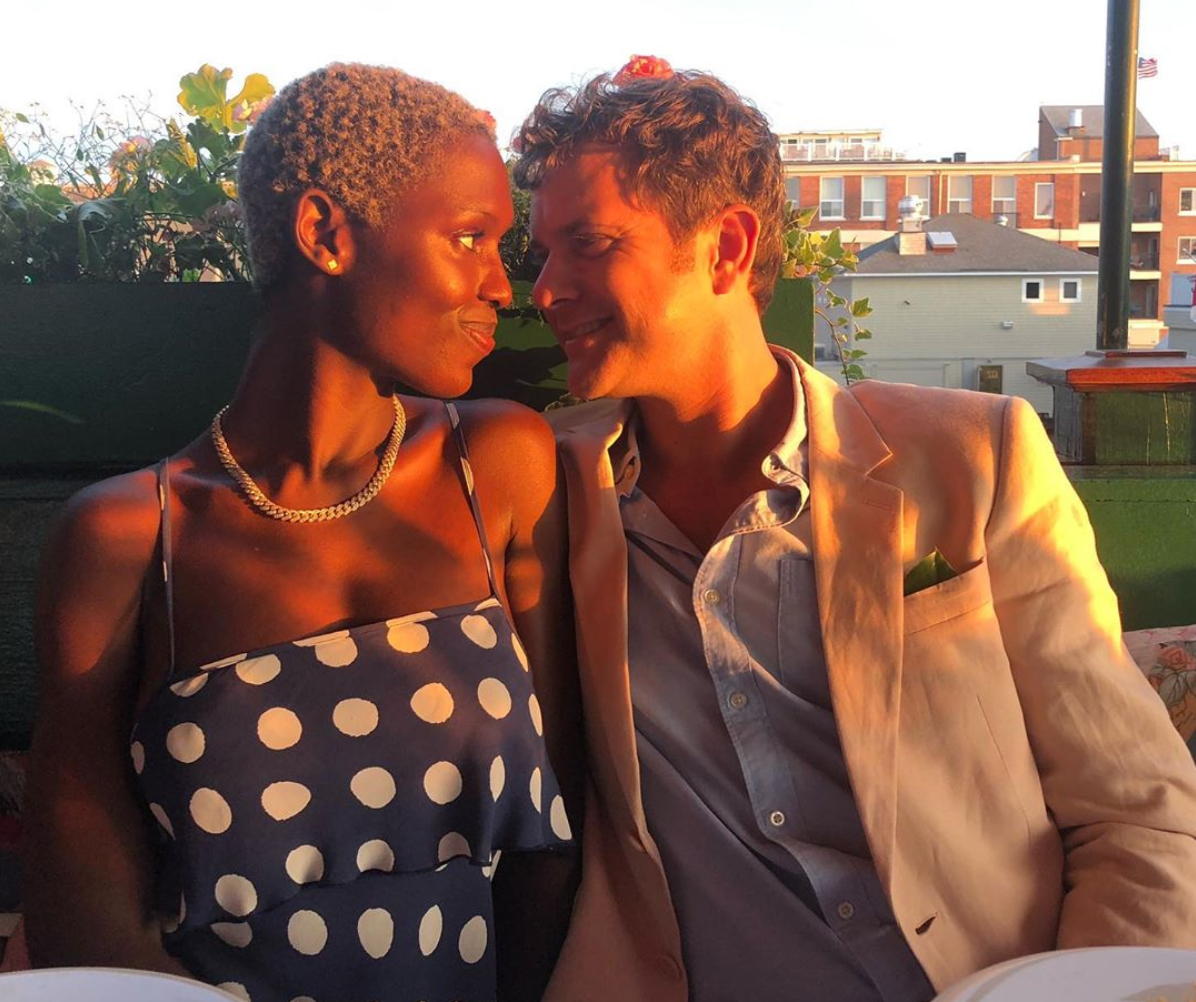 24
Dwayne "The Rock" Johnson and Lauren Hashian
The actor and his longtime girlfriend made it official this past August, exchanging vows in a picturesque Hawaiian wedding ceremony. 25
Dwayne "The Rock" Johnson and Lauren Hashian
The couple first met in 2006 while Johnson was filming 'The Game Plan' They share two daughters: Jasmine and Tiana. 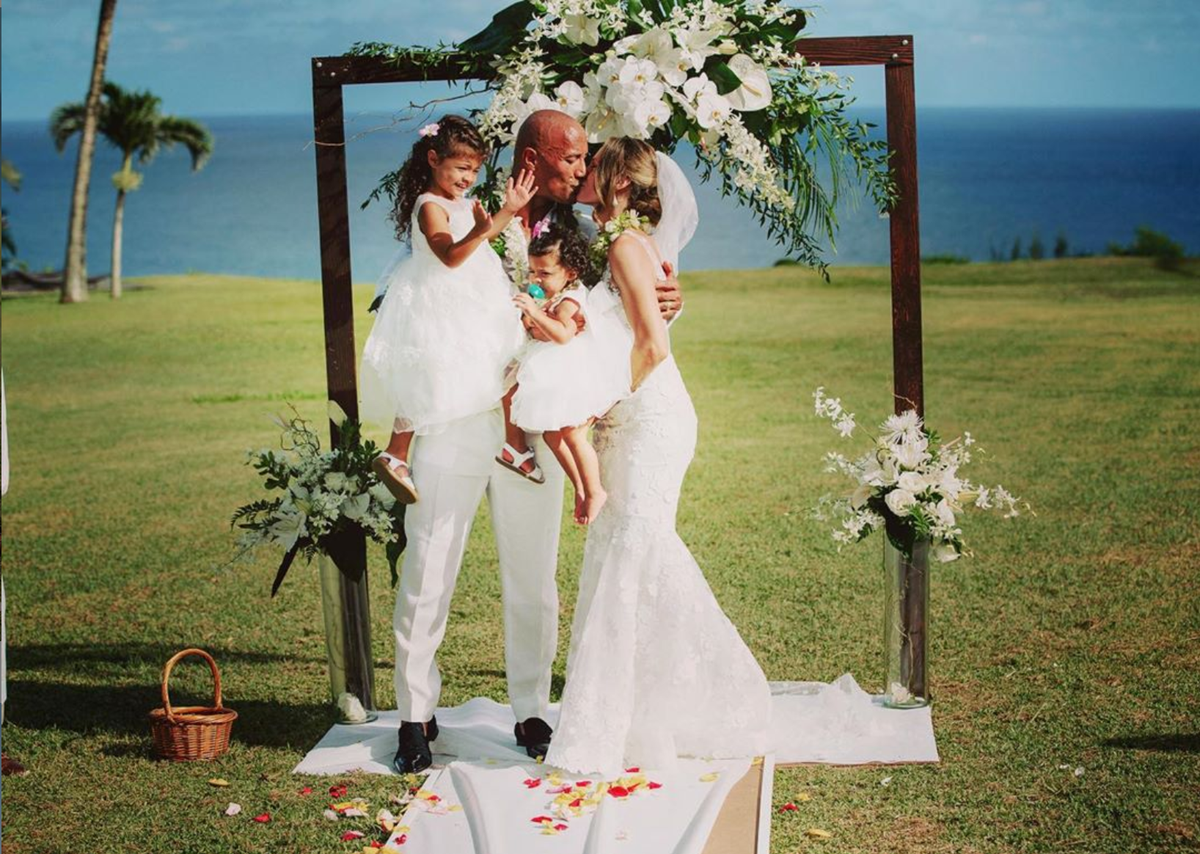 26
Leona Lewis and Dennis Jauch
The "Bleeding Love" singer tied the knot with her beau in a Florence, Italy vineyard in front 200 family and friends. 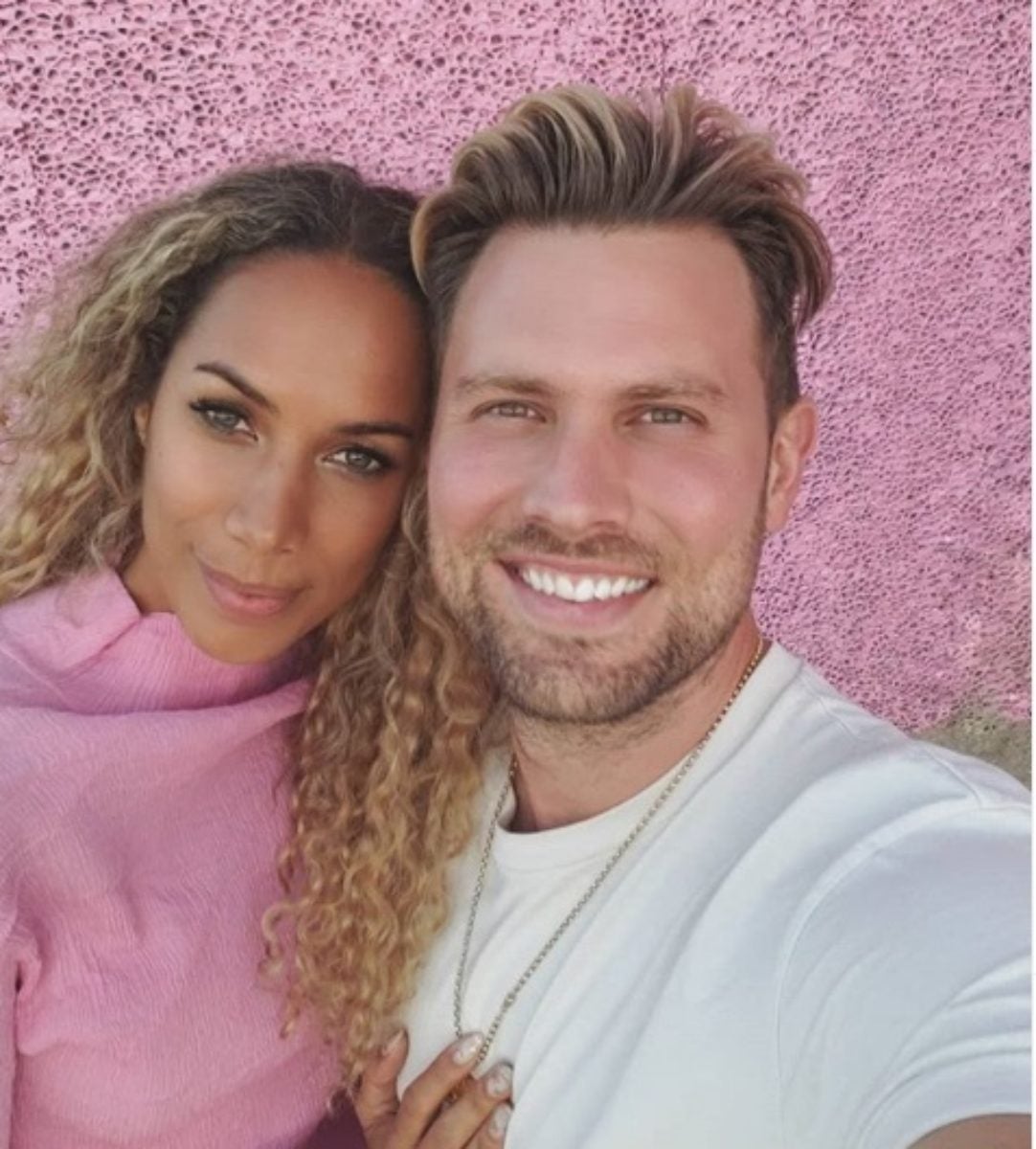 Instagram
27
Leona Lewis and Dennis Jauch
The bride shone brightly in a full-length tulle gown before changing into a gorgeous beaded blush dress for the reception and a blinged-out jumpsuit for the afterparty. 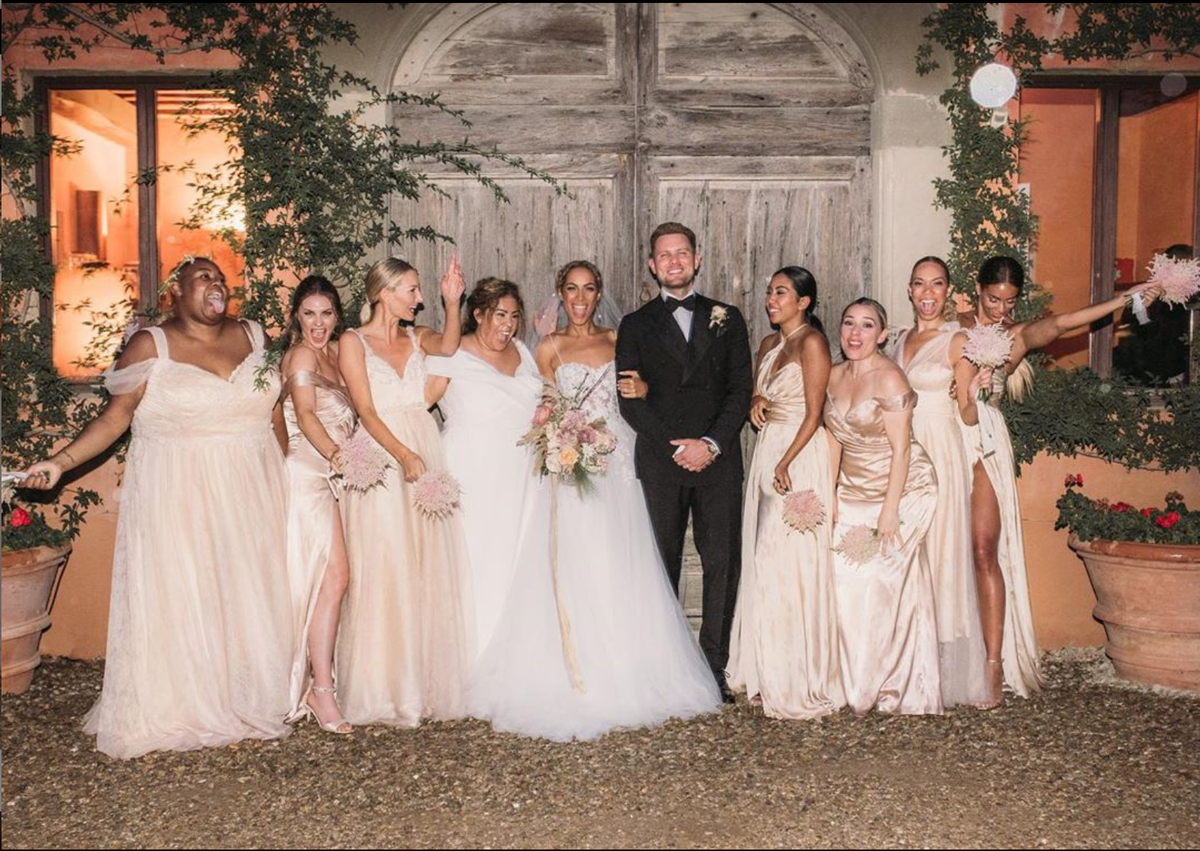 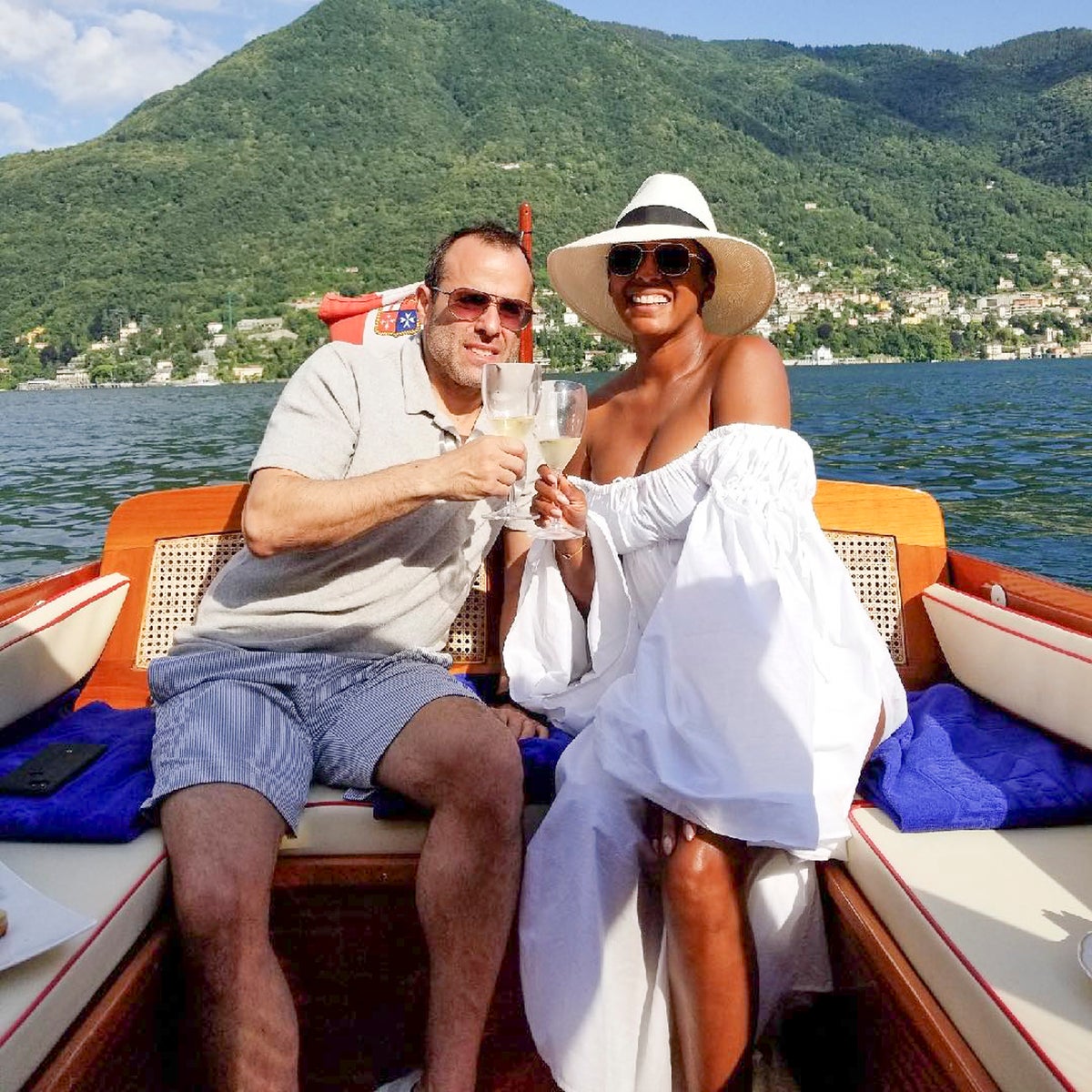 https://www.instagram.com/p/BumBs2_Fj28/ Tamron Hall/Instagram
29
Tamron Hall and Steven Greener
“I’ve known him for many years. We would run into each other, and he’s shy, so I wasn’t clear that he was hitting on me exactly. I thought he was just being friendly,” Hall told People. “When we finally started dating, I could see him clearly." 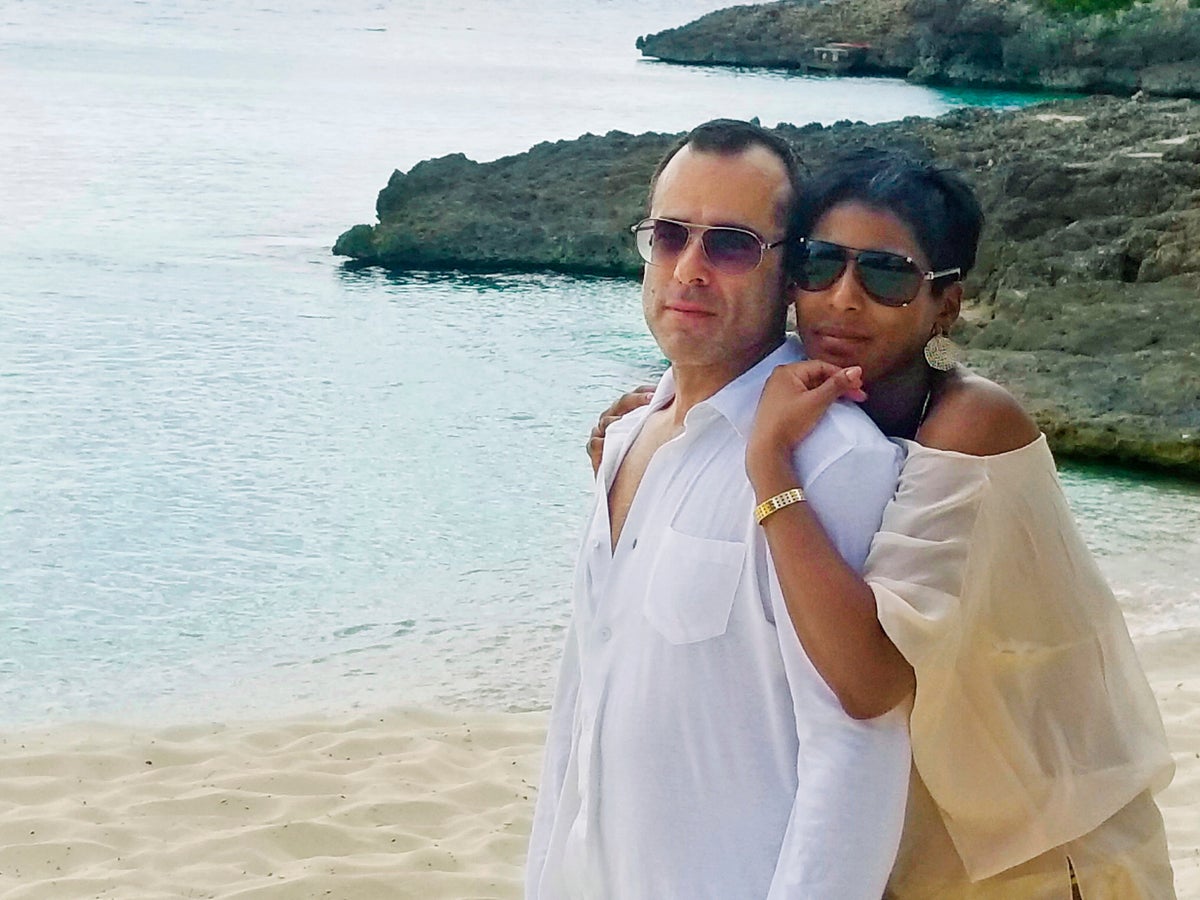