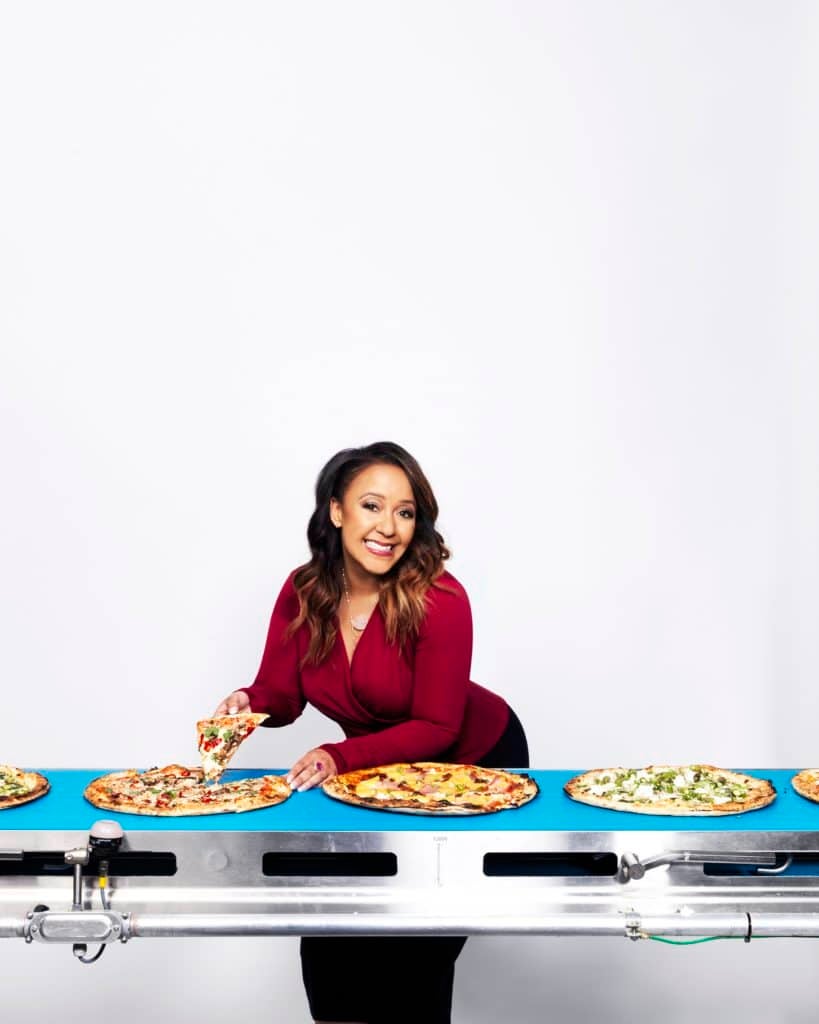 Last year, your company raised $48 million. You’ve raised $375 million with Softbank Capital this year. What does it take to reach such milestones in two years? I want to preface this by saying I don’t value myself as an entrepreneur based on the valuation of my company. I don’t value myself as a leader based on the size of my last fundraising round. The point is the impact that we’re having with our company. If we think about a different milestone, how many jobs were created in a year, that’s a significant milestone and what it takes for me is a commitment as a leader to living your values. It’s a commitment to doing the right thing to being with your team and to putting your energy and putting your money where your mouth is. To go from just myself and the cofounders sitting on a card table, to having 270 people gainfully employed by our company in such a short time. That’s a huge milestone, but it takes a lot of hard work. I think it takes a commitment to live your values because ultimately your customers, your employees, and the investment community are going to measure you based on that. What were some of the challenges that you faced as a woman trying to raise money in food tech, and how did you overcome them? I was surprised when I got to Silicon Valley; the situation was as dire as it was regarding the utter lack of representation in the room. I rarely ever met a female investor, let alone a Black female investor. That has changed a little bit now that I’ve broadened my network in the Valley. When I did find a woman present in the room, it changed the dynamic. It felt like that team was listening to me in a way that I didn’t feel when I was in a room of all male investors… Many of these investors simply do not have friends of color. They do not have powerful friends that are women, and so the context that they’re always using is, ‘Well, maybe I’ll ask my wife if that’s a good idea.’ I think what happened is many of these investors move in circles that are homogenous and so when they enter the boardroom; they don’t have the experience of understanding how to see a Black woman, how to empathize with her. That’s one of the issues that I see; it’s just a culture of homogeneity that’s pervasive in both social and professional circles. One of the problems that we have is when people talk about diversity in the Valley, they’re not talking about intersectionality. They’re not talking about the unique experience of being Black and a woman or being differently abled and a woman or being queer and a woman. They’re just sometimes looking at increasing participation by women and if we’re only making a change regarding increasing the number of white and Asian women, if that’s what we’re doing, then we’re not solving the problem. You’ve helped to build this company you’ve created, you have 270 people who are gainfully employed. You’re making way with trying to create opportunities for other Black girls in Silicon Valley, so what’s next for you? I am so excited that I have the opportunity to use all of the learning and all of the momentum that I gained while I was at Zume to build my next company. The company is going to be the first food company built on a 100 percent regenerative supply chain. This means that we’re moving beyond just organic food or moving beyond just sustainable food. We’re moving into food and food products that actually regenerate, replenish, and heal the earth. For example, if Americans ate 10 percent less red meat and replaced that red meat with beans, lentils, lagoons, we could reduce global warming in America to the tune of something like taking 25 million cars off the road. I’m building a food company that relies on a regenerative supply chain so that we can begin to turn back the hands of time. With regenerative agriculture, we can do that. The other thing I care a lot about is social justice, and so I’m doubling down on the work that I’m doing with Black Girls Code and I’m also going to be doing some angel investing, really focusing on female entrepreneurs and entrepreneurs of color and I’m going to be launching both of those initiatives in 2019. Why did you decide to leave Zume at this moment, a company you’ve worked so hard and long to build, what does it feel like to step away? I can only tell you that it’s bittersweet. The hardest thing to leave behind is the team. This is the first time in my life when I truly have the freedom to do absolutely whatever I want, and although I’d been an entrepreneur in the past, I’ve never had the level of knowledge, momentum, and access, that I do now. I feel like to whom much is given, much is expected, and because of all the incredible fortune that I’ve had to this point, I think that it is my absolute duty to create something to create a business that has the maximum amount of impact.