By clicking Sign Up, you agree to our Terms of Use and that you have read our Privacy Policy
Skip to content
Iesha Hodges makes her debut in the 2018 Victoria’s Secret Fashion Show. (Photo by Dimitrios Kambouris/Getty Images for Victoria’s Secret)
By Avon Dorsey · Updated December 6, 2020
Hailing from Brooklyn, New York and elegantly standing at 5’10, Iesha Hodges and her signature blonde buzz-cut have taken the fashion world by storm. She’s modeled for global brands such as Oscar de la Renta, Christian Cowan and Miu Miu- and has been one of the few Black models to appear in a Miu Miu advertising campaign. “Growing up, I was a tomboy- I was all about sneakers, sweatpants and basketball,” says Hodges of her transition from the playground to the runway. We caught up with the former ESSENCE model just before she made her debut as a model in this year’s Victoria’s Secret fashion show, where she stressed the importance of social media allowing young girls to be comfortable with themselves – no matter how they look compared to other people. “Many girls want long hair and the extensions, but I’m representing a different kind of beauty where you can have shaved hair and still be booked for one of the biggest shows in the world. You can just be yourself and that’s more than enough,” says Hodges. 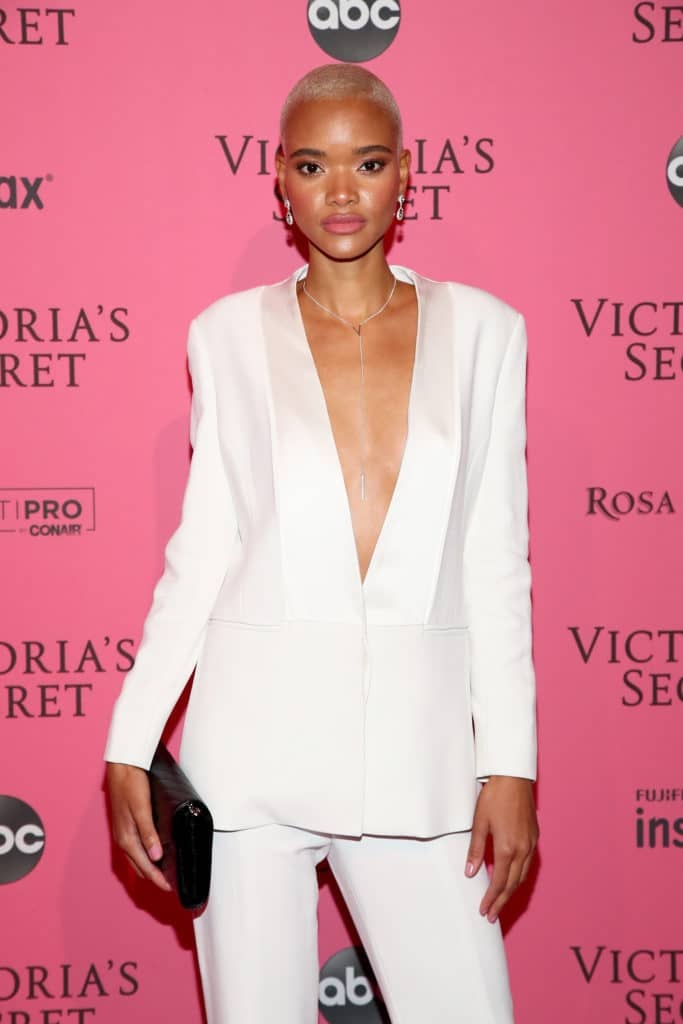 Revealing her initial thoughts on being scouted and becoming a model she shares that she would always ask herself, “why are all these people bothering me?!” But eventually everything fell into place and she allowed the industry to open its doors to her. Watch our exclusive ‘My Fashion Story’ video to find out more about Hodges and how she went from being a tomboy to a top model! Stay tuned on ESSENCE.com for more exclusive Victoria’s Secret fashion show coverage this week, leading up to the big show airing on Sunday, December 2nd at 10:00 PM (ET), on ABC.