By Avon Dorsey · Updated December 6, 2020
The ‘Queen of Soul’ Aretha Franklin lost her battle with pancreatic cancer nearly two weeks ago, at the age of 76. However, she didn’t lose her sense of style. Known for her glorious and voluminous fur coats and show-stopping hats, Franklin had a music career that spanned five decades and influenced hundreds of artists and performers such as Beyoncé, Jennifer Hudson, and Whitney Houston. Since Monday, Franklin’s body has been on public view in Detroit, and according to Franklin’s longtime publicist, Gwendolyn Quinn and family friend Kevin Harry, Franklin has been dressed in different outfits for the public, to send her out in style. 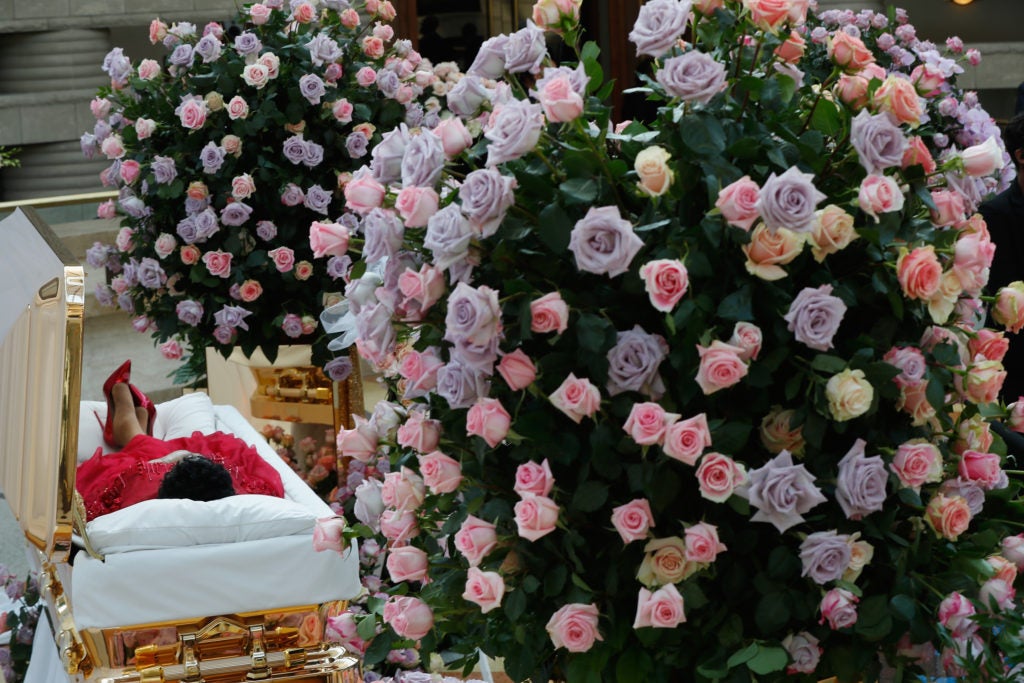 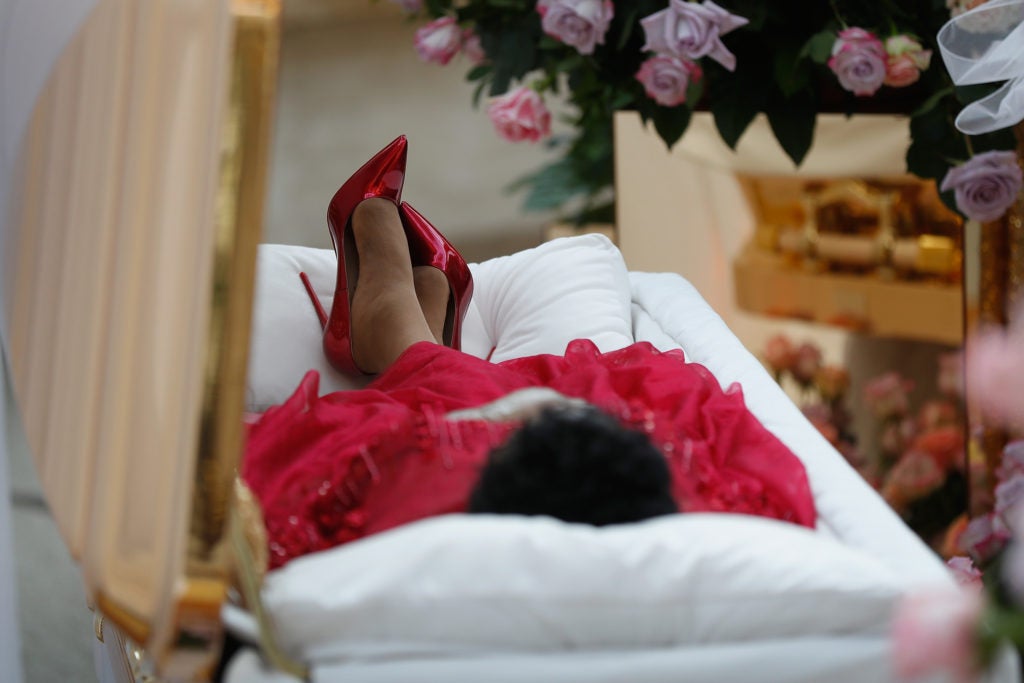 On Wednesday, Franklin’s team dressed her in a light, powder-blue gown with sparkling shoes to match, switching out her royal red garment from the day prior. On the first day of Franklin’s public viewing, she was dressed in an all-red lace and tulle dress paired with matching 5-inch patent-leather pumps. Franklin was adorned in all-red because she was an honorary member of Delta Sigma Theta Sorority. “I mean she is wearing red Louboutin’s,” said Harry. Aretha Franklin’s funeral is scheduled to be held Friday, August 31st at the Greater Grace Temple in Detroit.
TOPICS:  Aretha Franklin funeral Music