By Rachaell Davis · Updated December 6, 2020
Our favorite BFFs are bringing the laughs, the tea and all the receipts on this week’s episode of our ESSENCE Yes, Girl! podcast. Actresses Tisha Campbell and Tichina Arnold have been bringing their Black girl magic to some of our favorite movies and television shows for more than thirty years. From their humble beginnings together in the 1986 Hollywood classic, Little Shop of Horrors, to their breakout roles as one of TV’s most notable on-screen BFF duos on Martin, to their countless number of successful solo endeavors, these ladies have a talent….and a bond…that has truly withstood the test of time. Yes, Girl! podcast hosts Cori Murray, Yolanda Sangweni and Charli Penn sat down with the pair just as they wrapped up their 2018 Soul Train Awards hosting gig and they dished on growing up in the spotlight together, their friendships with Kim Porter, how to keep things alive in the bedroom and more. Speaking on their unbreakable sisterhood, Campbell revealed that the two are actually more alike than people might think. “We’re really alike even though most people—we don’t act [like] it,” Campbell told ESSENCE. “We’re very similar in the way that we’re givers. We give to our families, we give to our children, we give 100% to our work…we’re givers. I call it empaths. And sometimes, being an empath can work for you or against you.” For Arnold, the importance of nurturing friendships early on, as she and Campbell were able to do, is a value she’s working to teach her own daughter. “I’ve tried to teach [my daughter] to culminate her relationships that she has now,” she says. “I said, think about it, Elijah. You’re only fourteen and you’ve got really cool friends. So, imagine when you guys are all fifty and sixty years old. You will have known these same people, who you love now, and can love fifty years from now. So, that’s kind of what Tisha and I have build our lives upon. [Things like] camaraderie, respect….and we’ve never had a fight.” 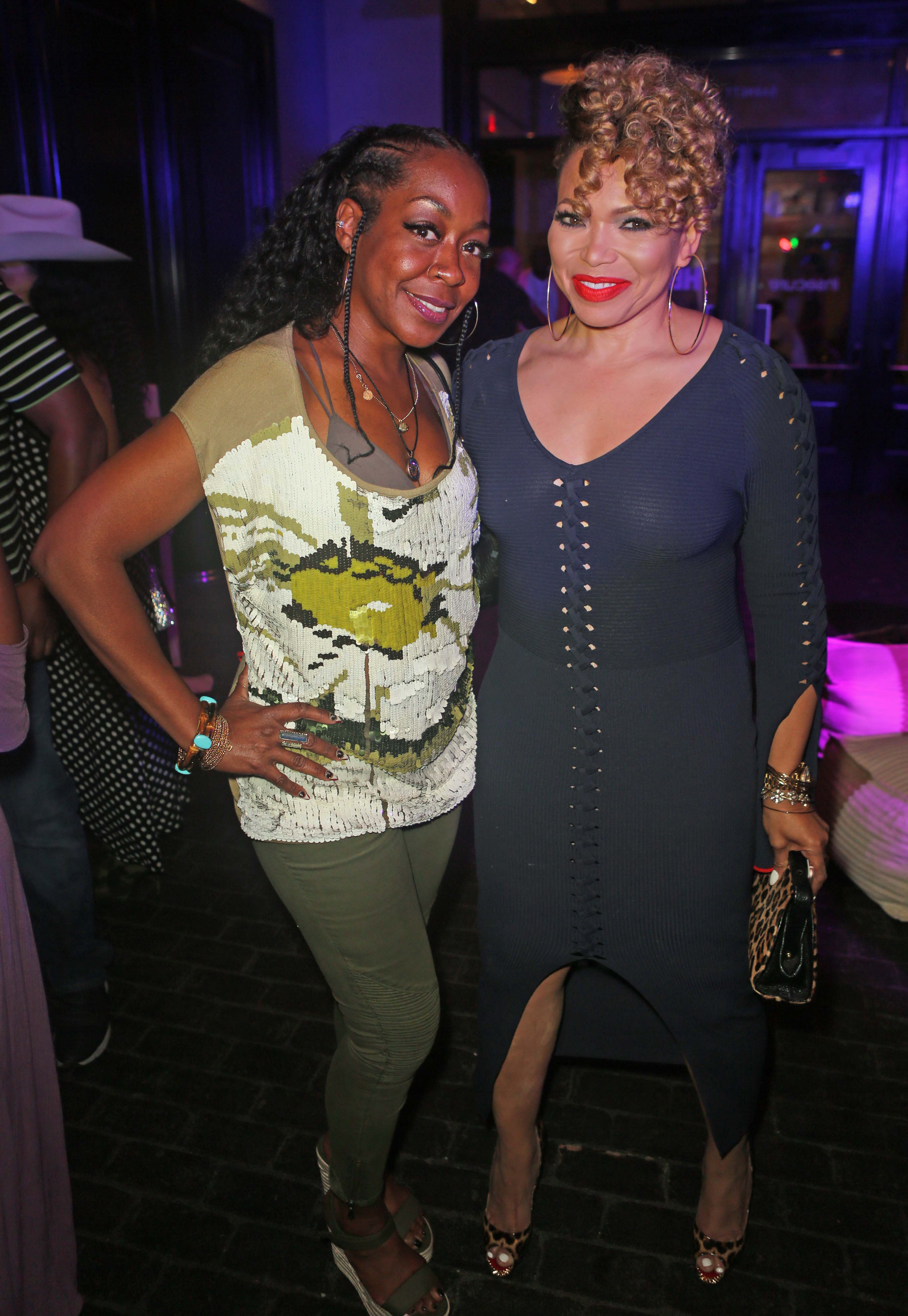 Tichina Arnold and Tisha Campbell both pose for photos during HBO's Insecure Live Wine Down in New Orleans, Louisiana.

Later on in the chat, both Campbell and Arnold spoke on their friendships with former model, entrepreneur and mother, Kim Porter, who’s recent passing sent a shock wave through the industry. “She used to come to all my barbecues,” Campbell recalled. “She was like, ‘if I know someone who’s gonna have a east coast barbecue, it’s gonna be Tisha.’ So, every year, she’d come to my Memorial Day barbecues and my July fourth barbecues. She would always bring her Ciroc and the kids and she was just so sweet and kind and loving all the time, whenever we saw each other.” “Kim was a homegirl, for sure,” she added. “One of my other best friends, they were very good friends as well. They had a company called Three Brown Girls. So, yeah, this was a hard one.” The ladies also opened up about hilarious experiences Michel’le and Pam Grier, not expecting to becoming famous, why Tisha almost “lost it” on her wedding day, being around Al B. Sure in the days following Kim Porter’s unexpected passing, what to expect on the Soul Train Awards and much more. Listen to the full conversation above and visit our official Yes, Girl! podcast page HERE to catch up on everything you’ve missed.