By Joi-Marie McKenzie · Updated December 6, 2020
The Writers Room is a series that highlights women writers in television and film, who are making waves and creating projects that are built on inclusivity and visibility. Kasi Lemmons wrote Eve’s Bayou. So she doesn’t need much of an introduction, but we’ll give her one anyway. Although she’s known in Hollywood as a filmmaker, Lemmons considers herself first, and always, a writer. Having discovered the art form when she was a kid, the St. Louis native had already written her first “novel” by age 12. Lemmons often picks titles that best suit her. In fact, she was born Karen Lemmons and went by many family nicknames as a young girl — Red, Skeeter and even Katie. But it was the nickname her sister bestowed upon her, Kasi, that she hand selected. “That’s the one that I took,” Lemmons told ESSENCE last week. The screenwriter has been hard at work, directing the very first biopic of Black liberator, Harriet Tubman. Based on a screenplay Lemmons penned with Gregory Allen Howard, Harriet will star Cynthia Erivo as the titular character along with Janelle Monae, Leslie Odom Jr., Joe Alwyn, and Jennifer Nettles. “I can’t wait for you to see it. I can’t wait for people to see it,” she said. “I am really excited and just tremendously honored to be bringing this story to the world. It’s about time. Right?’” Lemmons said her film will follow Tubman as she escaped from enslavement and will detail her life “until the brink of Civil War.”

"Memory is a selection of images, some elusive, others printed indelibly on the brain. The summer I killed my father, I was 10 years old." EVE’S BAYOU screens 2/9 in 35mm with Kasi Lemmons and Terilyn A. Shropshire in person. Co-presented by @theacademy 🐍🔥📽#eves #bayou #35mm

But a project she birthed more than 20 years ago is getting the Oscar treatment from the Academy of Motion Picture Arts and Sciences. Eve’s Bayou is being honored with a special screening hosted by The Academy this Saturday at the Metrograph in New York. ESSENCE caught up with Lemmons ahead of her screening, and while she took a break from Harriet, to talk about writing, her mission statement as a writer and her iconic 1997 film, Eve’s Bayou. 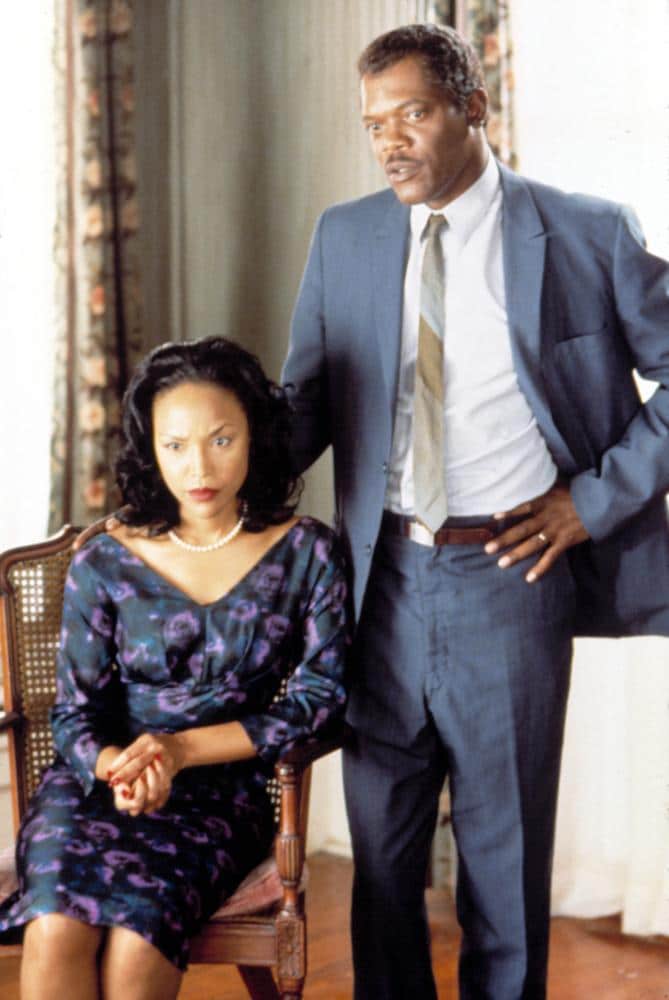 ESSENCE: When did you know that you were a writer? Kasi Lemmons: I would say knowing I was a writer, really feeling like I was a writer, happened in my 20s. I would write scenes sometimes in my acting class, and the acting teacher would always ask, ‘Who wrote this?’ And I became known for writing these contextless scenes. Then when I went to film school, and I had this little short film that I had made, and I brought it to Mr. [Bill] Cosby, who I was auditioning for with The Cosby Show, and…he said, ‘What I really need is a writer.’ And I said, ‘I’m a writer,’ and that was the first time that I actually said I’m a writer. Wow. That’s such an awesome story. What did it feel like to finally say those words? And you’re not just saying them to anybody, but Bill Cosby. Despite what’s happened to him now, but back then, he was a gatekeeper. It was huge. He was huge. And then he gave me a homework assignment — write a scene — and he told me some basic parameters: like it’s a married couple, one wants to have a kid, one doesn’t. And I went home and wrote the scene, and because I was used to writing scenes that’s what I did. I brought it back and that’s how I got hired. And really, that was the moment. Do you feel like writing is your calling, or is it something that you just happened upon? It’s my calling and the only reason that I think it’s my calling is because I call myself a writer. Now when people ask me [what I do] sometimes I say I’m a filmmaker, because that seems to more adequately describe that. But I really feel like a writer. My approach to filmmaking is writing. 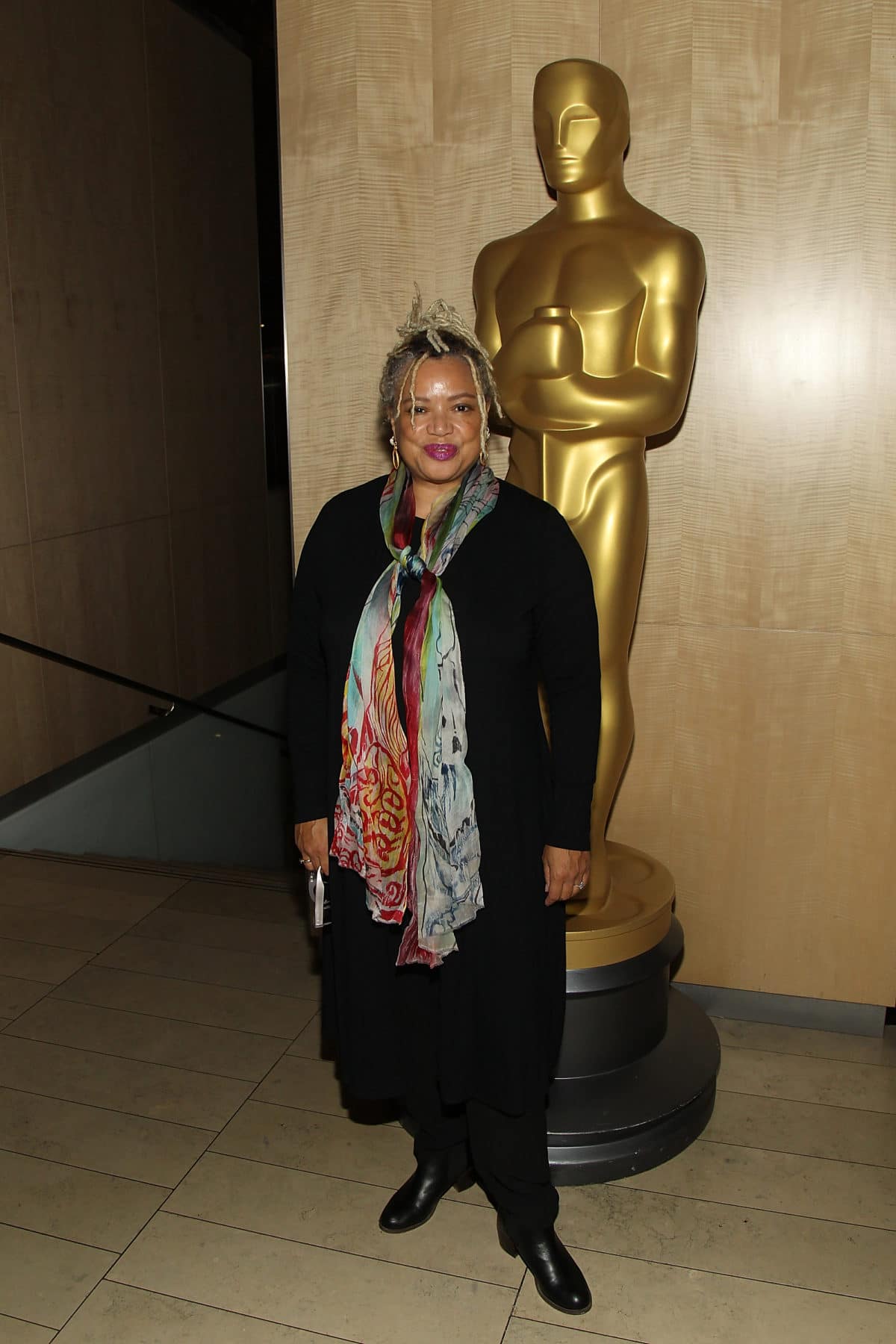 What did you always want to say with your writing? Did you have a mission statement for it, or is it just whatever comes to you? It’s whatever comes to me, but at a certain point I realized — and it became my mission, because it was also just inherently true — that all of my art is protest art. It was protesting against something and it didn’t matter if the reader or the audience knew exactly what I was protesting against, but there was always a form of protest art. I felt that me, myself as an artist, this Black woman artist, was already a statement.  That actually leads me perfectly to my next question, which is do you consider yourself a Black woman in Hollywood, or a woman who happens to be Black, working in Hollywood? I consider myself a Black woman in Hollywood. But I’ve been a Black woman all my life; I don’t overly think it. You just wake up and you are. And you go on. Your films, like Eve’s Bayou, really tell a Black woman’s story; a Black girl’s story. What do you think the responsibility is for Black women writers? We do have one, whether we want it or not. I agree and disagree. Like I said, just waking up every day and creating…that’s my responsibility. Inherently my writing is political. Inherently I’m political, just by being and creating. So our responsibility to me is just to keep working. Our responsibility is to not give up. Our responsibility is to maybe try harder than everybody else. Our responsibility is to persevere and to keep creating — and from a place of honesty. Not meaning that everything you write has to be true, but has to have a truth and a truth that is inherent to us. How did the Eve’s Bayou story come to you? At the time I was still contemplating becoming a novelist, and I’d written a series of short stories, and they all took place in this area. And it was about these kids, a little brother and sister, and then at one point I wrote the legends of the place, and how it came to be called Eve’s Bayou. So I started writing it as a novel, and I could tell the whole story from beginning to end visually…but it was very difficult to get it down in a novelistic form, probably because I’m not a novel writer. It started to write itself as a screenplay. It started to come out of me, and I was like, ‘Oh, this is a movie scene.’ And so I decided to write it as a screenplay. Do you think if the film were released this year, would it resonate differently on some notes or some lines; some scenes? That’s a very interesting thought. I really wonder what would happen if it were released today. I don’t know. At the time, it was definitely a rare animal. It’s kind of this unicorn thing. I think people didn’t know how to respond to it. In the state of Black art films, there was Spike [Lee], who of course rocked the world, really rocked the world, and really changed cinema, changed Black cinema. But still I think it was weird. People didn’t know what to make of this. When I was shopping the film people said, ‘Well, why aren’t there any white people in it? Don’t you need some racist characters?’ And I said, ‘No.’ That’s what’s radical about it to me — they’re living in Black world, but they could be anybody’s family. That’s such interesting feedback. That’s super weird to me — that you would need this antagonistic white person in this or any Black story, which we obviously know is not true. Right. And I got the comment more than a few times, and I came to become more and more adamantly, militantly that this was a Black world, and all the extras were Black. It was a fable, obviously, but it took place in an American town in the South. Where there was so much intermarriage, starting from the original fable of John Paul Batiste. Of course [racism] was out there, but…it didn’t affect their daily lives. They had some problems, complicated problems, to deal with like everyone else. Our hopes and dreams are the same as anyone else’s, and we don’t sit around the dinner table talking about The Man. This interview has been condensed for clarity.
TOPICS:  Kasi Lemmons