Matthew A. Cherry, former NFL wide receiver-turned-director and one of the best follows on Black Twitter, always dreamed of creating an animated short film about a Black father who tries to do his daughter’s hair for the first time.

Although he doesn’t have children of his own yet, Cherry, who told ESSENCE he has plenty of “nieces and nephews,” knows that it’s a rite of passage for first-time fathers.

So when he launched a Kickstarter campaign to bring his idea to life by way of 3D animation and a collaboration with New York Times-bestselling author, Vashti Harrison, who created the animated characters for the short film and subsequent picture book, he had no idea he’d widely surpass his goal of $75,000, earning instead an impressive $284,000. It got the attention of Penguin Random House who is turning his film into a children’s picture book, out next May.

Cherry said the book comes at a perfect time.

“You always see these stories of these young Black girls being bullied for wearing their natural hair,” he said. “Anytime you have a young Black girl or a young Black woman in general really just embracing who they truly are on their own, it’s a great thing. There’s nothing wrong with trying to change your hair, but it’s also important to see your value in how you are naturally as well.” 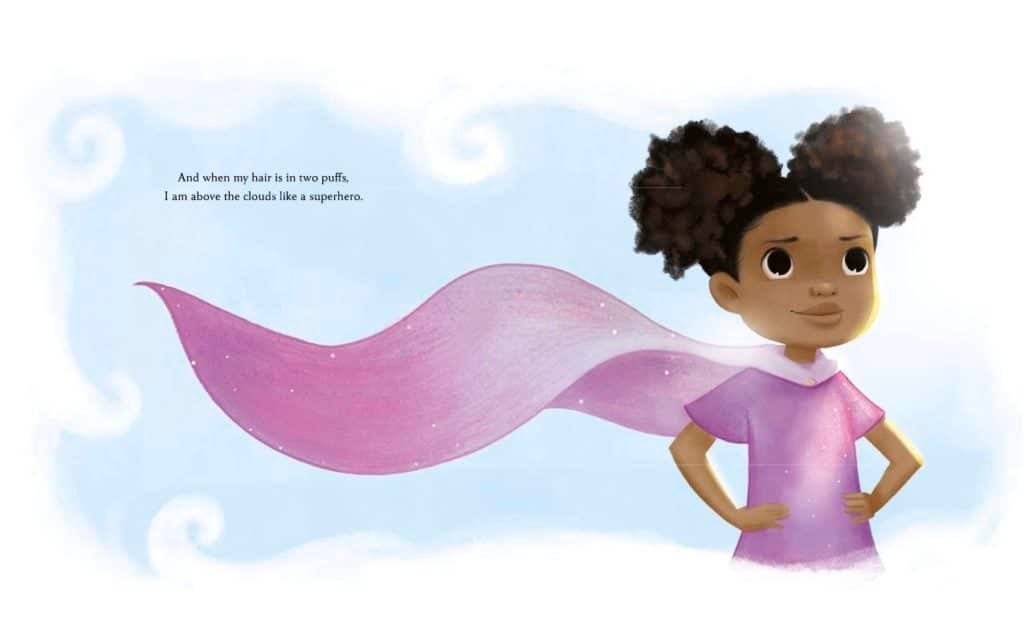 Cherry and Harrison created Zuri, who the author describes as “a young girl who’s very confident in who she is already. She knows what she wants. She’s very much a boss.” Even as a tiny tot, Cherry said Zuri is only limited by “her size. But [doing her hair] is the first thing that she really kind of needs help with from her father, [Stephen].”

Harrison told ESSENCE in a statement that “in the cover image, I was hoping to capture just this tender moment between father and daughter.”

“I remember my dad doing my hair when I was little. It’s a thing I’m sure lots of people remember and as much as those memories are funny and silly, I look back on them with fondness,” she continued. “I wanted to do the same for Zuri and Stephen, and make sure the love in Hair Love was front and center.”

“We are fathers. We are sons. We’re husbands and we deserve fair representation just like everybody else.”

And Cherry gave specific direction when it came to conceptualizing Stephen, the father featured in the heartwarming story. Initially, the father was “a little older looking; a little safer looking,” Cherry admitted.

But after realizing that there wasn’t a real need to age Stephen, Cherry and Harrison instead created a character that looked like the modern millennial dad.

“We really went out of our way to make sure the dad looks like any young father that you see today and get away from that stereotype of what a safe Black man looks like,” Cherry explained. “We created imagery to help combat that. I can’t recall any book that depicts a young African American male in a children’s book, having an arm sleeve tattoo, having locs; things like that.” 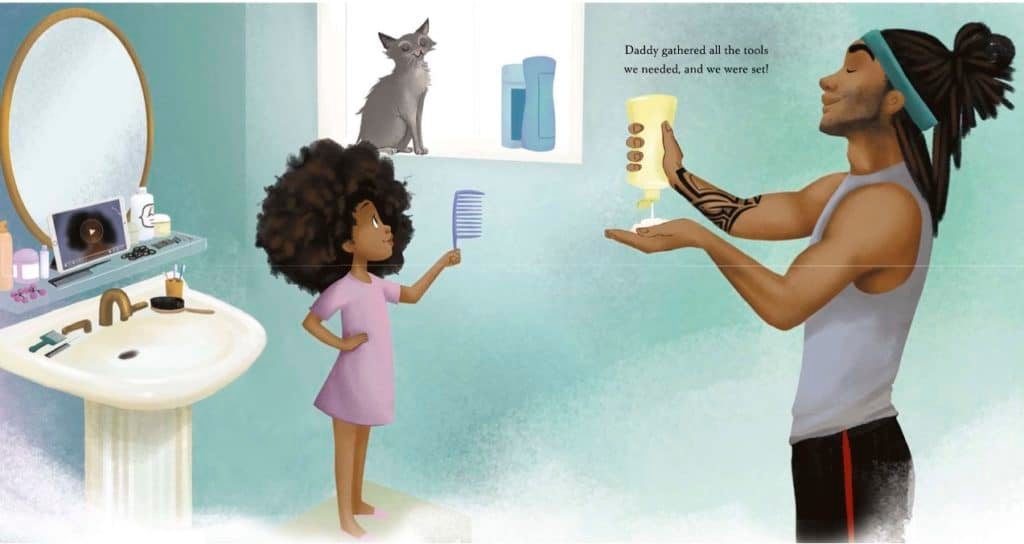 Cherry hopes that Hair Love will also combat a negative stereotype that seems to persist with each generation when it comes to Black dads, living and raising their children in America.

The filmmaker said you often hear that Black men are “not in our kids lives. We’re deadbeat dads or absentee fathers.”

“There have been studies that have been put out that say Black men are some of the most involved. And any little thing that we can do with this medium that can humanize us and center us and show that no matter whatever your stereotypes, we are fathers. We are sons. We’re husbands and we deserve fair representation just like everybody else.”

Buy Hair Love by Cherry and Harrison now, which is perfect for children between the ages of 4 and 8 years old.