Michael Rowe Photography
By Miles Marshall Lewis · Updated December 6, 2020
Each decade has its own iconic Black love story: Paris Blues (the 1960s); Mahogany (the 1970s); Purple Rain (the 1980s); love jones (the 1990s); and Disappearing Acts (the 2000s). If Beale Street Could Talk — which hits theaters as a limited release in New York City and Los Angeles on December 14, and nationwide on Christmas — is an instant standard-bearer for this period.
Loading the player...
Blessed with music by Nina Simone and Miles Davis; standout performances from Regina King, KiKi Layne and Stephan James; and all the stylistic flourishes that won Moonlight director Barry Jenkins his Oscar, Beale Street pays homage to its source material: James Baldwin’s celebrated 1974 novel. “The world is opening up about how our narratives can be framed, and I just love that,” Jenkins told ESSENCE. “Hopefully people will come to the cinema and see themselves, but through the prism that we’ve created, a social romance drama, which I think is stylistically what the material demands. [The studio] knew it wasn’t just gonna be a translation of the novel, that it was going to have a style. The images need to be filtered to give it a different language.” Baldwin’s Harlem-based tale traces Tish Rivers (brilliant newcomer Layne) and Alonzo “Fonny” Hunt (James, who played Olympian Jesse Owens in the biopic Race) from innocent childhood bubble baths together through lost virginity, apartment hunting, Fonny’s wrongful conviction of rape and the quest to free him from jail. The novel and film touch on the prison industrial complex, housing discrimination, domestic abuse and the trauma inflicted by white supremacy. 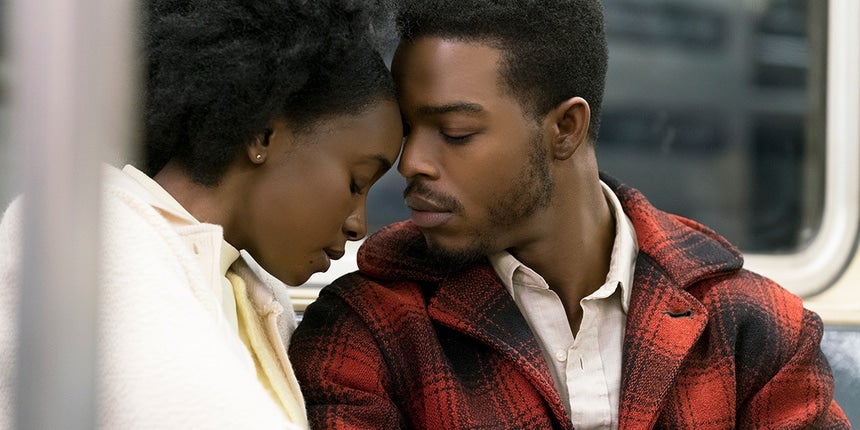 But the center of the story is love. “What Barry has done with Mr. Baldwin’s words is just phenomenal—the way he’s created visual symphonies showing all the different intimacies and intricacies of love,” said Emmy Award winner King, who turns in an amazing performance as Tish’s mother, Sharon. “So often we talk about love, and we just think that’s between a man and a woman,” she added. “But in this you see the love story between sisters, a father and daughter, and two older men, and you see how love has gotten them through life. It’s just absolutely beautiful to me.” The film also explores the brotherly bond between Fonny and Daniel Carty (Atlanta’s Brian Tyree Henry), a friend who was recently released from jail after serving time for a wrongful conviction as well. Carty shows how an understanding ear can become a lifesaver. Though set in the early seventies, Beale Street offers a timeless statement about the Black experience in America. 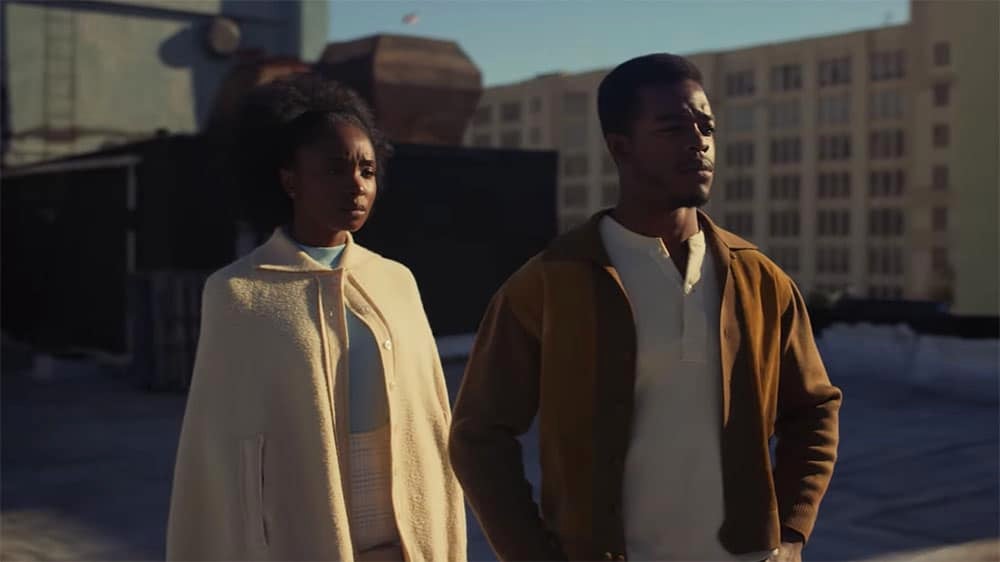 Despite being snubbed in a number of categories, including Best Picture, Beale Street earned noms for Original Score and Adapted Screenplay.

“Tish may not seem like Baldwin,” reflected Layne. “I think she’s very aware, but she doesn’t have Baldwin’s gift for speaking up on things. It helped me to press more into what it means to have your love ripped away from you in a really unfair way. She’s fighting to get her man out of jail. She is fighting for the love of her life, and that is the most important thing to me.” The movie’s haunting score, which features Black Power–era jazz and soul, is a work of art itself. “I just decided that I was going to let the emotion I felt making the film, that the actors brought, guide the music choices,” Jenkins said. The result is that If Beale Street Could Talk feels heartrending and tender, with a true-to-life narrative as familiar to the age of Black Lives Matter as it is to that of post civil rights. Academy members, take note. A version of this interview originally appeared in the December/January issue of ESSENCE magazine, on newsstands November 23.