The complexities of the music business are a scary reality. Riddled with fake smiles and firm handshakes, the age-old story of record labels offering contracts, working artists to the bone and then leaving them penniless is real. And viewers of part two of BET’s The New Edition Story  got a front seat to the drama on Wednesday night (Jan 25).

Carole, who led the charge, assured the women that this would be the smartest move because anything would be better than making $1.87 to be split five ways. They convinced their boys to sign the dotted line, and immediately they were back in the studio recording their sophomore album.

The episode opens with Ralph Tresvant (Algee Smith) complaining about singing lead and backgrounds on nearly every song. Wanting a reprieve from the work, the lines were clearly drawn regarding who’s hard-working and who’s slacking off— hey, Bobby.

Bobby’s (Woody McClain) attitude is apparent from jump. While hopping into a limousine, the boys don’t want to move aside for Mike (Bryshere Y. Gray) to avoid sitting in the middle. He decides to get a cab, but before he can walk away, the car drives over his foot. The boys come out to check on him, while Bobby pops up from the sunroof to taunt him. Angered by his disregard, Mike shows the ultimate sign of disrespect and spits in Bobby’s face. Naturally, they begin fighting in the parking lot and Mike is sent back to their hotel as punishment.

Fun fact: Mike revealed on Twitter that his hotel time-out was actually for two weeks! He had no idea if he would be allowed back into the group.

But it’s a pivotal moment, because it becomes the first of many discussions about the group dismantling—a running theme in the history of New Edition.

Nonetheless, they forgive Mike and begin recording their self-titled album with its lead single “Cool it Down.” And to help them with dance moves, Gary brings in Brooke, who’s very aware of the situation. “You came to the ghetto, found some poor boys you could make money off of, and now you don’t know what to do with them,” Brooke says after he’s told to teach them dance moves, but not manage.

The “Cool it Down” Tour begins and Gary comes back to criticize the amount of money being spent on costumes, set design and personnel. His famous words in response to their DJ is, “We’ll see if people will even like rap [music] in 20 years.”

While preparing for tour, it becomes more and more evident that Bobby has gone rogue. His larger-than-life personality is now problematic to the professionalism of the group. He’s late to rehearsals, late to studio sessions and arrogant. And he’s saying things like, “You know the world wants to see Bobby Brown and New Edition” and “People want to be entertained. And guess what? Bobby Brown is an entertainer.” 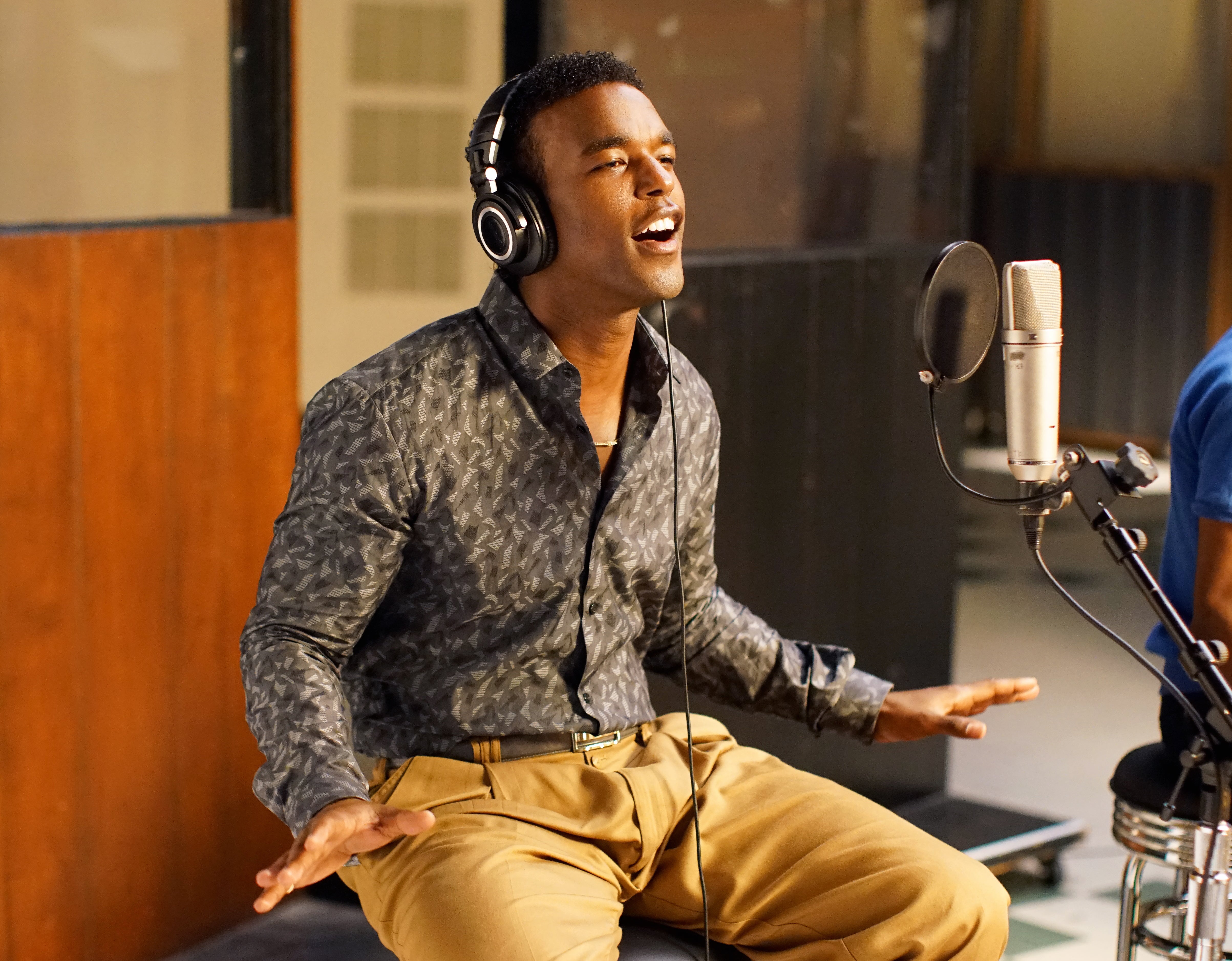 Here’s the thing: The boys at this point are 15 to 17 years old. Normal teenagers are not on the road traveling this much. And the access to unsupervised trouble is unavoidable.

Ralph too had a baby on the way with his girlfriend, but she unfortunately lost the child while he was on tour. And to add insult to injury, once they finished their second tour, Gary reveals they’ve made no money. Pressured by the mothers, he goes to MCA to request their signing bonuses for the third album up front, “To get them out of the projects.” 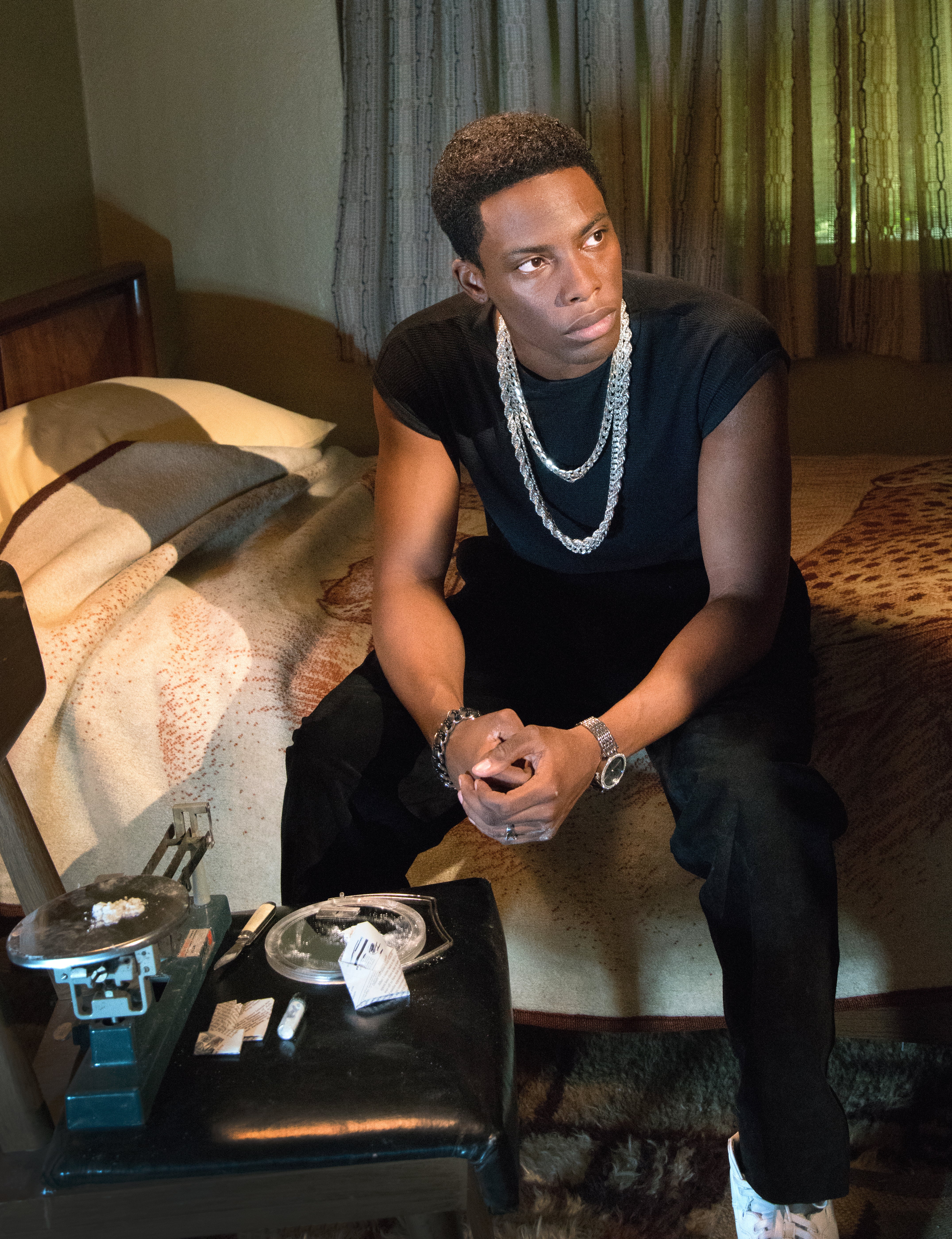 With money in hand, Ralph, Mike and Bobby are now emboldened to act and say how they really feel about their chart-topping music group. Ralph is contemplating going solo, Mike is sick of being taken advantage of by the business and considers a career on the corporate side, and Bobby…he’s so reckless and coked up that he loses the group money for a show that erupts into an on-stage brawl. Fed up, they vote Bobby out of the group and simultaneously, the mothers stop talking to Carole Brown.

During this moment of chaos, Mike gets schooled on the inner-workings of their deal with Gary that’s truly a contract with his publishing company Fast Break Productions, and not MCA. When he approaches MCA executive Jheryl Busby (Tank) he’s told the raw truth.

“You made a mistake all artists make when they come out,” Jheryl says. “You didn’t read the contract… Mr. Michael Bivins, welcome to the music business.”

Mike lets the group know the money they’re getting is essentially just “an allowance.” Meanwhile, Bobby, a now excommunicated member of New Edition, is approached by Jheryl about going solo—since he’s contractually obligated to do so.

By 1987, Bobby Brown had a full-fledged solo career and his former New Edition members were in need of a fresh sound. Enter: Johnny Gill (Luke James).

After some pushback from Ralph who was not asked about Johnny joining, they get to record their last contractually obligated album. Working with Jimmy Jam & Terry Lewis, they record their fifth studio album Heart Break, featuring the single “Can You Stand the Rain.”

By the end of Part Two, all is well. New Edition finally feels vindicated for all their work and Bobby is a successful solo artist. Oh, but one last thing, they have to do a 60-date tour together. More drama to come!

Watch part three of BET’s The New Edition Story with us tonight at 9P/8C.