Watch out beauty world, the Lyons are coming! As the hit FOX show, Empire prepares to enter its third season this September, we can expect a lot more than just good music and a salacious and drama-packed show. Empire is living up to its name as the show has expanded beyond its usual Wednesday night primetime slot and found a home in the beauty and fashion categories. Empire is becoming a household name and a lifestyle brand, and it’s one of the few shows to date to do so successfully.

Last September, the show debuted a limited edition collection in select Saks stores and in October, they premiered a collection with popular nail brand Deborah Lippman featuring three nail polish shades inspired by the show. In March of this year, they announced a collection with drugstore favorite, CoverGirl cosmetics. Now, they are expanding their beauty reach even further by entering the fragrance category with an eau de parfum and a cologne inspired by TV’s most salacious family. 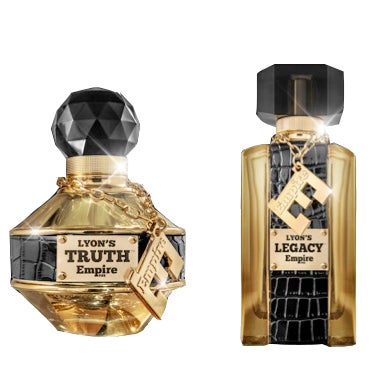 Lyon’s Truth, the eau de parfum for women has a floral base with notes of blackberry, velvet plum, violet blossom and Bulgarian rose. To channel the sexiness of the Lyon family, the scent is anchored by rich and sensual notes like sandalwood, tonka bean and vanilla. For the fellas, there’s Lyon’s Legacy, a sophisticated and virile fragrance taken right out of Lucious’s cigar room—a masculine bloom with sweet and citrusy notes of bergamot, lemon water and geranium that are grounded by rich notes of warm amber, vanilla suede and tobacco leaf.

Both the fragrance and the cologne are set to launch in September of this year and will be sold exclusively at Macy’s for the holiday season. If tobacco leaf and Bulgarian plum are too sophisticated for your palette, another popular show-turned-video game obsession, Pokemon, has entered the fragrance category, too. We’re partial to the more sophisticated notes in the Empire collection, but your kid sister may swoon for the orange blossom and vanilla notes found in the “gotta catch em all” scent.