By Marquita K. Harris · Updated December 6, 2020
Transitioning from Broadway to the big screen can be a tricky maneuver for an actor—the circuitous path has no guarantee of success. But in the case of the Emmy, Grammy, and Tony Award-winning actress Cynthia Erivo, Hollywood was clamoring for her arrival. 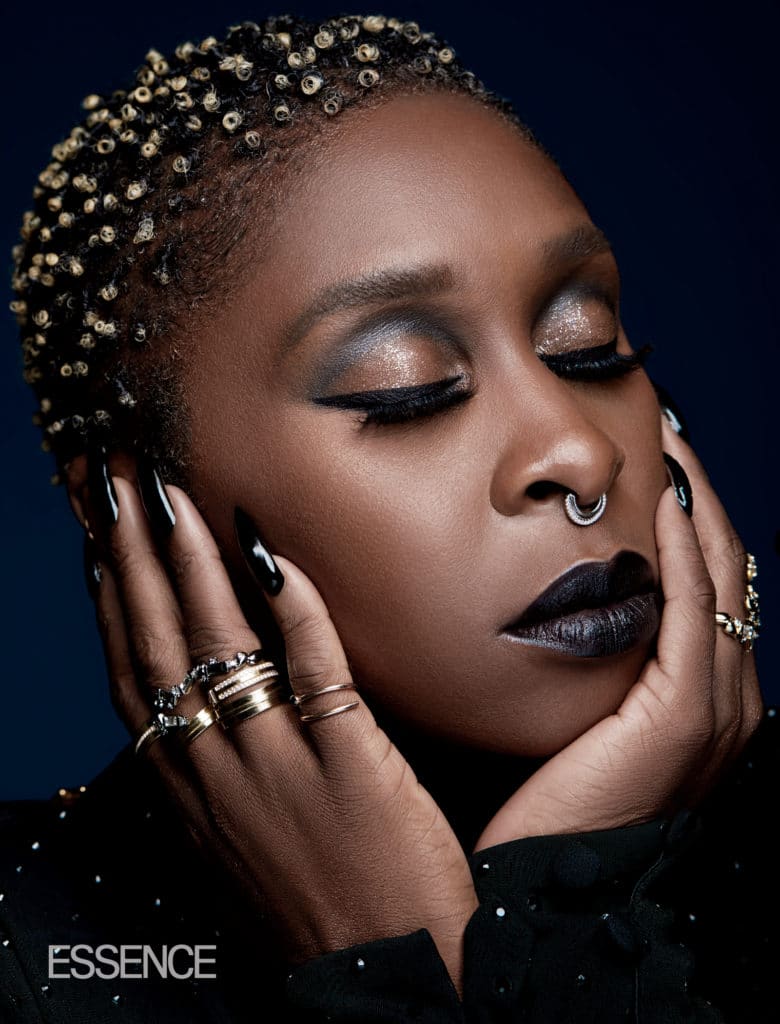 In the fall of 2018, Erivo made her film debut as the fiery singer Darlene Sweet in the twisty thriller Bad Times at the El Royale. In November audiences were treated to yet another memorable performance in the Steve McQueen–directed Widows, in which she plays Belle alongside Oscar winner Viola Davis. Despite her own impressive résumé, Erivo admits to having had a few butterflies during her second film project. “I was sort of thrown into the deep end,” she says of the sheer star wattage of McQueen and Davis. “I got to set and felt nervous because I didn’t want to let anyone down.” 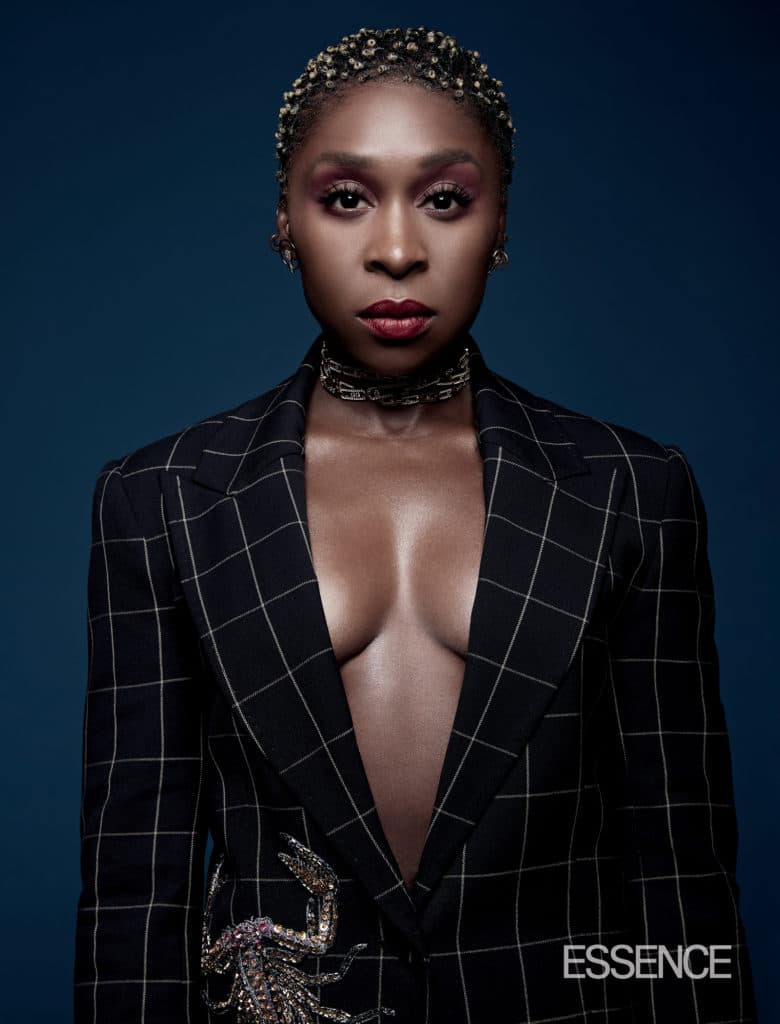 Considering the accolades Erivo has received thus far, she need not have worried. In 2015 the British star made her critically acclaimed Broadway debut playing the long-suffering Celie in The Color Purple. Since then she has gone from strength to strength on her way to EGOT (Emmy, Grammy, Oscar and Tony) glory, with only an Academy Award left to complete the feat. 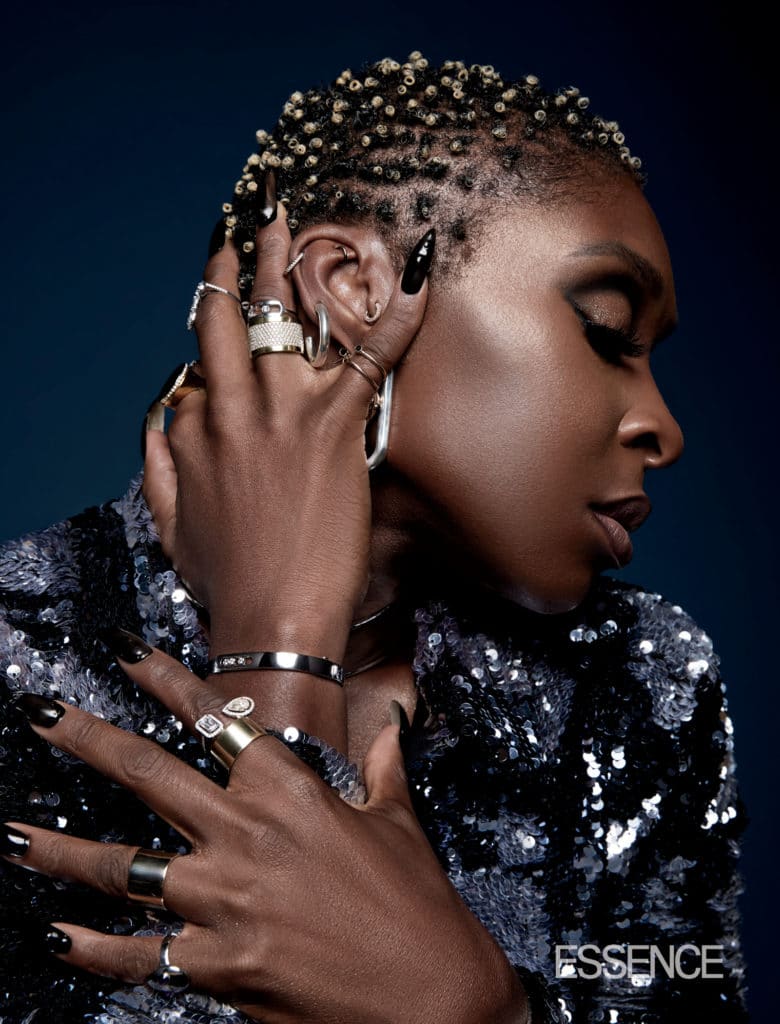 Ask the powerhouse performer about her role models and without a second’s pause she mentions the singing and acting greats: Ella Fitzgerald, Billie Holiday, Eartha Kitt, Barbra Streisand. Indeed Erivo is all about that old-school glam. While she’s as down-to-earth as they come—she works out fiercely, has an adorable little dog named Caleb, and fangirls over singer Teyana Taylor—she’s unafraid to hit the red carpet festooned in sequin or enveloped in a flurry of tulle that would make Mother Eartha proud. 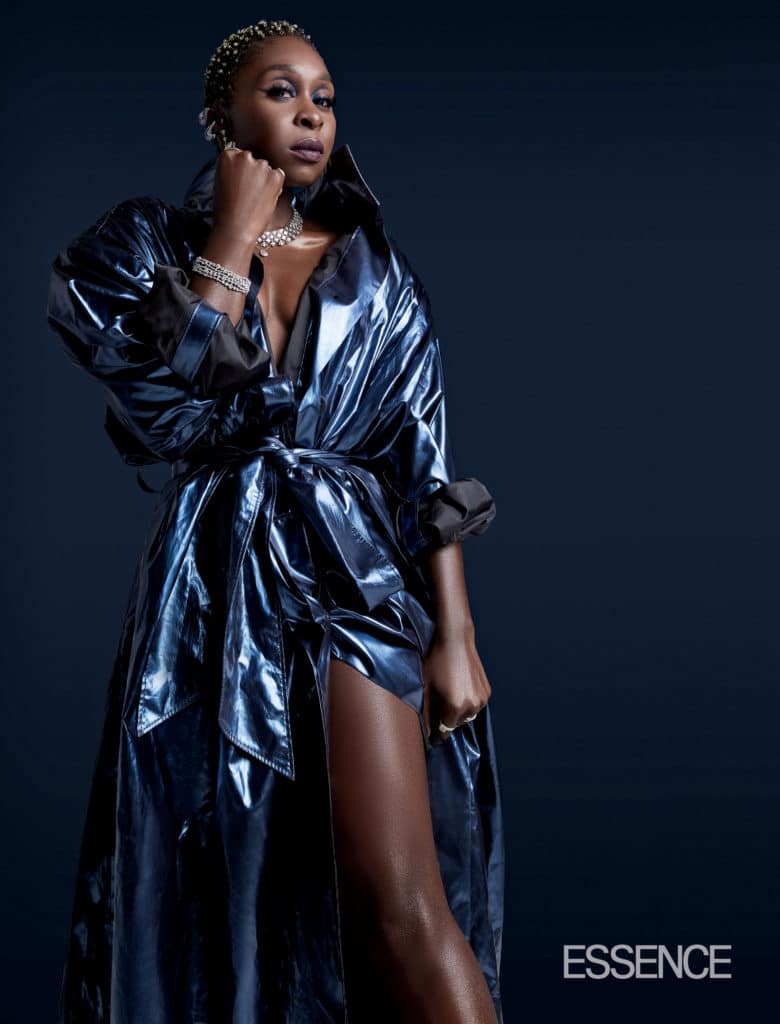 As for what’s next, the coming year looks pretty epic for Erivo, who’s set to star in two major sci-fi flicks: Doug Liman’s Chaos Walking and John Ridley’s Needle in a Timestack. She also began filming director Kasi Lemmons’s movie Harriet, based on the life of Harriet Tubman, in which Erivo takes on the titular role. On top of all that, Erivo is in the process of writing tunes for what will hopefully be her first album. “We’re starting to talk with a label or two,” she says excitedly. “That will be another dream come true.” This story appears in the December/January issue of ESSENCE magazine, on newsstands everywhere now!
TOPICS:  Cynthia Erivo