By Joi-Marie McKenzie · Updated October 23, 2020
It’s the episode we’ve all been waiting for. Part one of the two-part season finale of WE tv’s Braxton Family Values shows when the famous family meets with Iyanla Vanzant at a “Family Healing Retreat.” In an exclusive preview of tonight’s episode obtained by ESSENCE, we see when Traci Braxton enters a group therapy session after all of the other sisters — Toni, Tamar, Towanda and Trina — agreed to sit this season out of their show due to a dispute with the network. Still, Traci opted to return to filming last minute, accompanied by former Real Housewives of Atlanta star Phaedra Parks, Bad Girls Club’s Natalie Nunn, comedian Luenell and other famous friends. “Walking into the first session, I haven’t seen my sisters in a couple of months,” Traci admits in the preview as she walks in with their father, Michael. “I don’t know what’s going to happen.” And although some sisters — like Towanda — can’t wait to talk about the “pink polka dot elephant” in the room, other sisters are ready to get down to the shade. 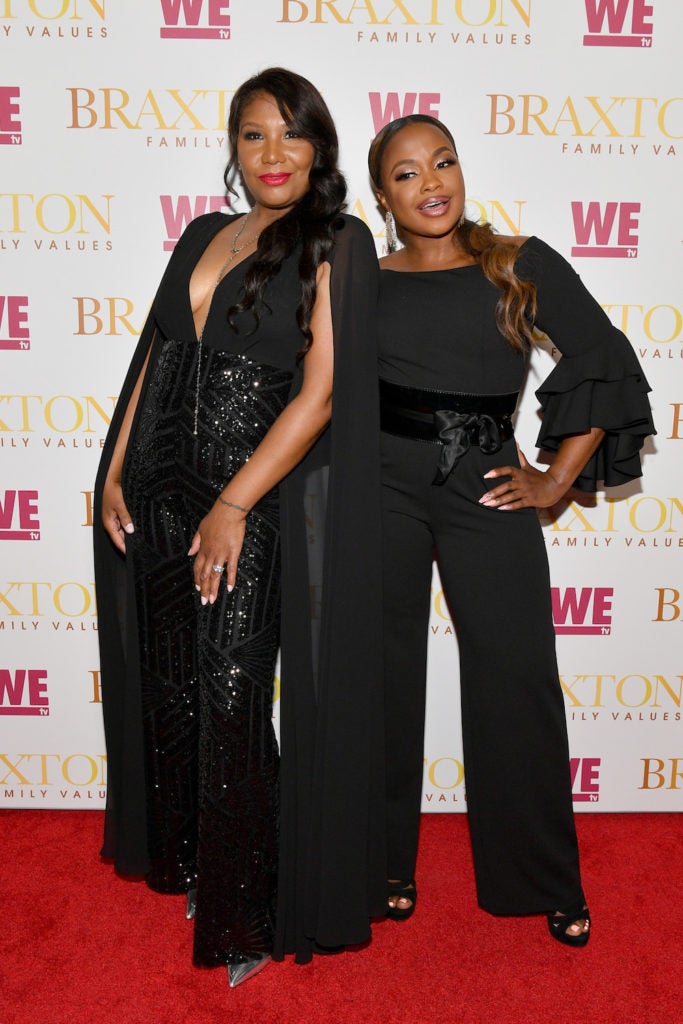 Dia Dipasupil/Getty Images for WE tv

Traci — in Tamar’s mind — “is feeling like the victim. We’re going to give her that.” “I was ready to get down to it,” the baby sister added. “Finally!” And Traci definitely caught the shade because later in the preview, we see her admit that “the tension in the room was…so thick.” See exactly what happens in their therapy session tonight when Braxton Family Values returns at 9 p.m. ET/8 p.m. C.