Eric McCandless/ABC via Getty Images
By Regina R. Robertson · Updated December 6, 2020
Can you imagine the horror of discovering that your kids don’t know their history as it relates to the genius of Prince Rogers Nelson? That would mean you’ve failed at parenting, right? Well…kinda. On tonight’s 100th episode of Black-ish – fittingly entitled, “Purple Rain” – Rainbow and Dre discover that their tween twins, Jack and Diane, don’t know what it sounds like “When Doves Cry,” nor are they attuned to the “Sign O’ the Times.” In their defense, they were born post-“1999,” but as Laurence Fishburne, as Pops, sternly and ever-so judgmentally asks, “Your children don’t know who Prince is?” There really is no excuse.
Loading the player...
Last Saturday, the cast (sadly, minus Yara Shahidi, whose dad, Afshin, served as Prince’s personal photographer/videographer) gathered in the main theatre of the Walt Disney Studios lot in Burbank to screen and celebrate their 100th episode. During an after-chat led by KABC’s George Pennacchio, they shared their favorite Prince memories alongside show creator/executive producer, Kenya Barris, and co-executive producer/writer, Peter Saji—the latter of whom penned the episode. Also in attendance were members of Prince’s family including Omarr Baker, Alfred Jackson, Tyka Nelson and Sharon Nelson.

Ross made us laugh while showing off her well-decorated tree.

“I remember laying on the floor, behind the bed, [singing along to] the ‘Darling Nikki’ lyrics really quietly…hoping that my mom wouldn’t hear,” laughed Tracee Ellis Ross. And just as her character noted in the episode, Ross admitted that her “sexuality was empowered by Prince,” too. At that, her TV-hubby, Anthony Anderson, busted out laughing. He even shared a story of his own, dating back to when he was just 16. 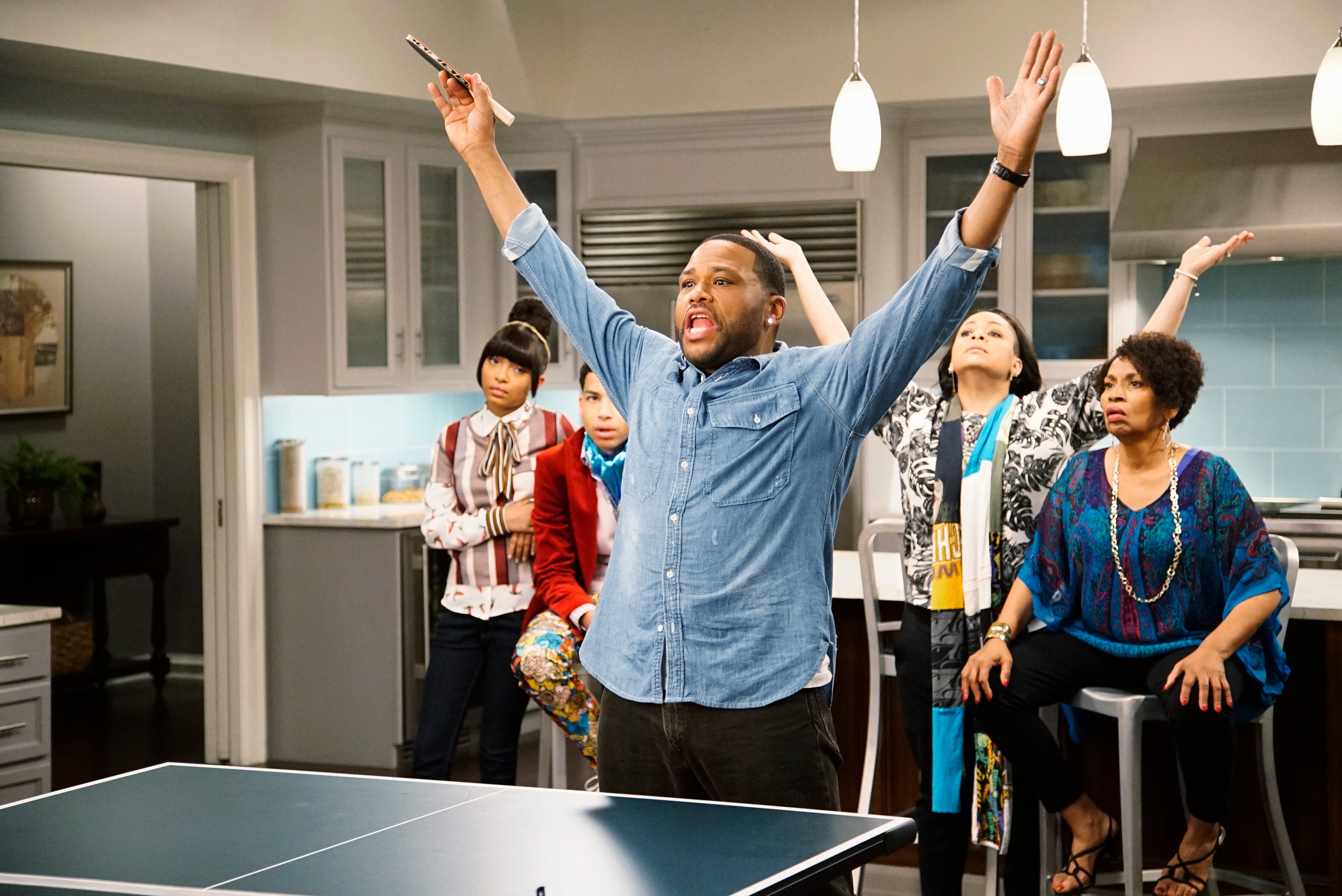 “I thought I was in love with this girl,” he said. “And the soundtrack of that summer, for me, was ‘Adore.’ But she broke my heart…and it wasn’t love at all!” Jenifer Lewis’ musing was equally as funny, of course. “I remember when I heard ‘act your age, not your shoe size,’” she said, of that infamous line from “Kiss.” “[At the time], I knew that I was acting my shoe size!” 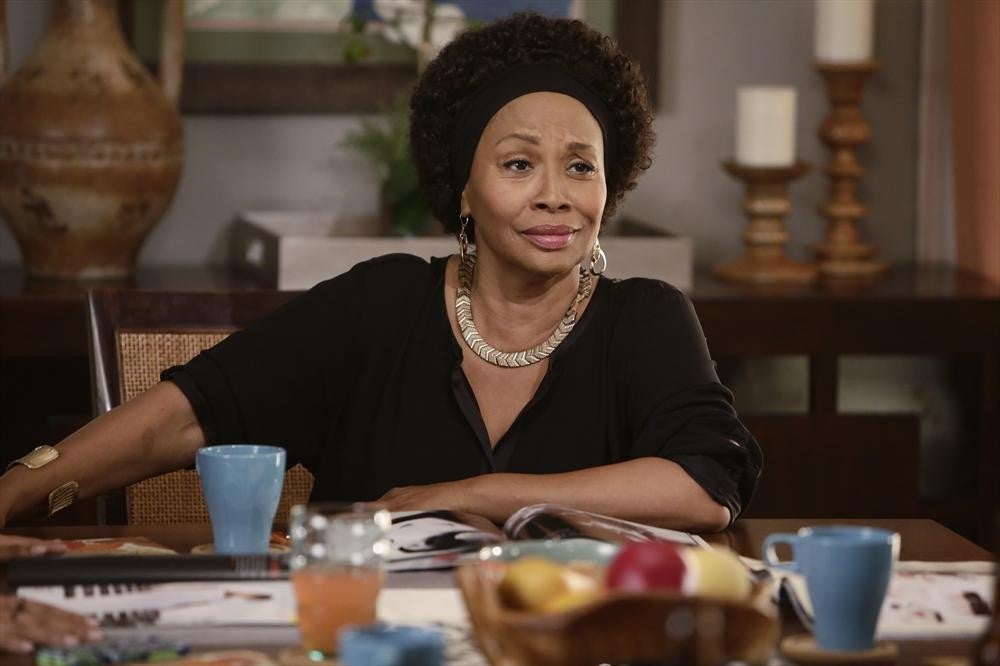 Zelma was rightfully skeptical of local neighborhood musician Ike Turner wanting to bring her young daughter Anna Mae into his band, but ultimately allowed her to join after being charmed by Ike and intrigued by the idea of Anna Mae being able to add an elevated stream of income to their household.

Speaking specifically about the series reaching its 100-episode milestone, Lewis kept the laughter flowing. “Black-ish is a show that I am honored to be on and it’s really the cherry on the top of my career,” she said. Lewis vowed to keep a thinly-veiled promise to her young co-stars – Miles Brown, Marsai Martin and Marcus Scribner. “I just want to tell the kids that one day, I will give them that dollar that I promised every time I cursed on-set…but I don’t really think they want that money because it would break my bank!” Back to “Purple Rain,” the episode… Without giving too much away, let’s just say that when Jack and Diane walk in on their family rocking out to “Let’s Go Crazy,” they are not amused. In fact, they even have the audacity to ask who the woman is singing the song. Realizing that they’ve fallen down on their jobs, Rainbow and Dre – along with a little help from Zoey and Junior, Ruby and Pops – do their best to bring them up to speed. 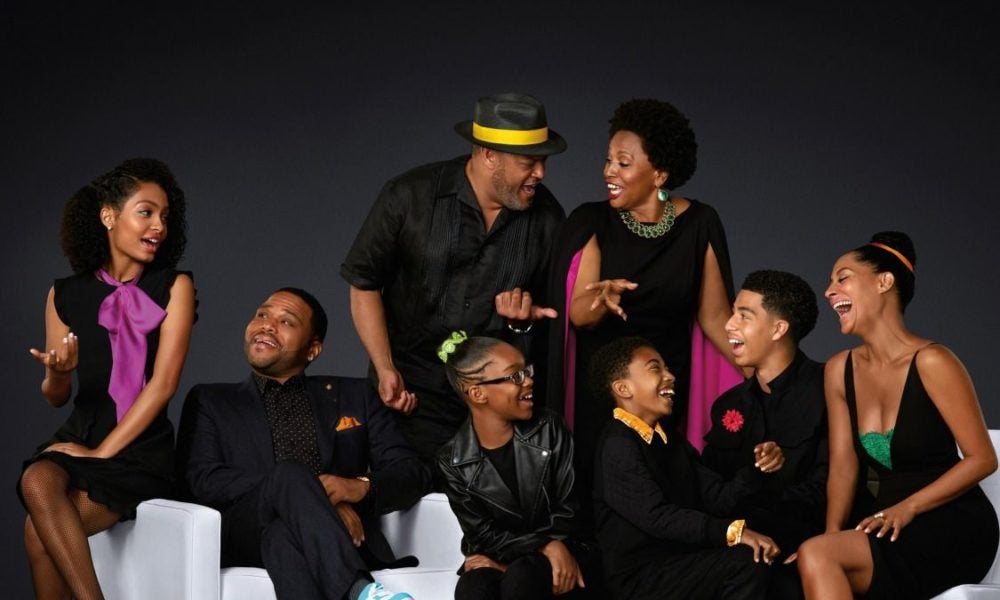 We're rooting for both Master of None and Black-ish.

So, will Jack and Diane be converted? Can the Johnson parents ever redeem themselves? Is the family committed to doing a better job with educating baby Devonte about the Purple One? Well, you’ll have to tune in and see for yourself – tonight at 9pm ET, on ABC. Oh, and do know that the music-video reenactments are pure magic!

Building Their Destiny: These Black Women Are Charting A Pat...