By Rachaell Davis · Updated December 6, 2020
Actress, comedienne and resident Internet-breaker Tracee Ellis Ross is returning to host the 2018 American Music Awards for the second time in a row Tuesday night and she’s bringing the world along for the ride. We caught up with the Golden Globe winner and Emmy-nominated entertainer as she was preparing for her return to the AMAs stage and she dished on everything from what’s on her playlist these days, to what’s ahead for season five of Black-ish and much more. While she’s certainly no stranger to wowing audiences as host of a nationally-televised award show, Ross is no less honored—and even a little nervous—about her upcoming gig as AMAs host. “It’s a big honor that they’ve asked me to come back a second time, that really was very exciting to me,” she tells ESSENCE. “Like I told everybody before at Black Girls Rock!, I’d ask everybody who will be watching to dial up their compassion, dial down their judgement and root for me like they would root for a friend trying something new.” As we’ve seen in the past, the 47-year-old beauty has a natural comedic chemistry that captures the hearts of viewers and audiences like no other any time she graces a stage. In response to what Black women bring to the hosting space, Ross says it’s a combination of all things amazing. “We bring everything good,” she says. “We bring the style, the flair, the heart. The way I look at hosting [an award show] is the same way I look at hosting a party. In all honesty, hosting the AMAs has ruined my actual personal party hosting because nobody applauds and Cardi B doesn’t come to perform.” She continues, “But I look at it like I’m hosting a great party, and I’m trying to bring everybody along, and make sure everybody knows who’s coming next and give the people who are having their moment the opportunity to actually be celebrated in that moment. I know that for a lot of comedians, people get scared when they host because they never know if they’re going say something about you or the audience but, that’s just not my style. I’m really there to enjoy and to bring everybody along on the ride.” 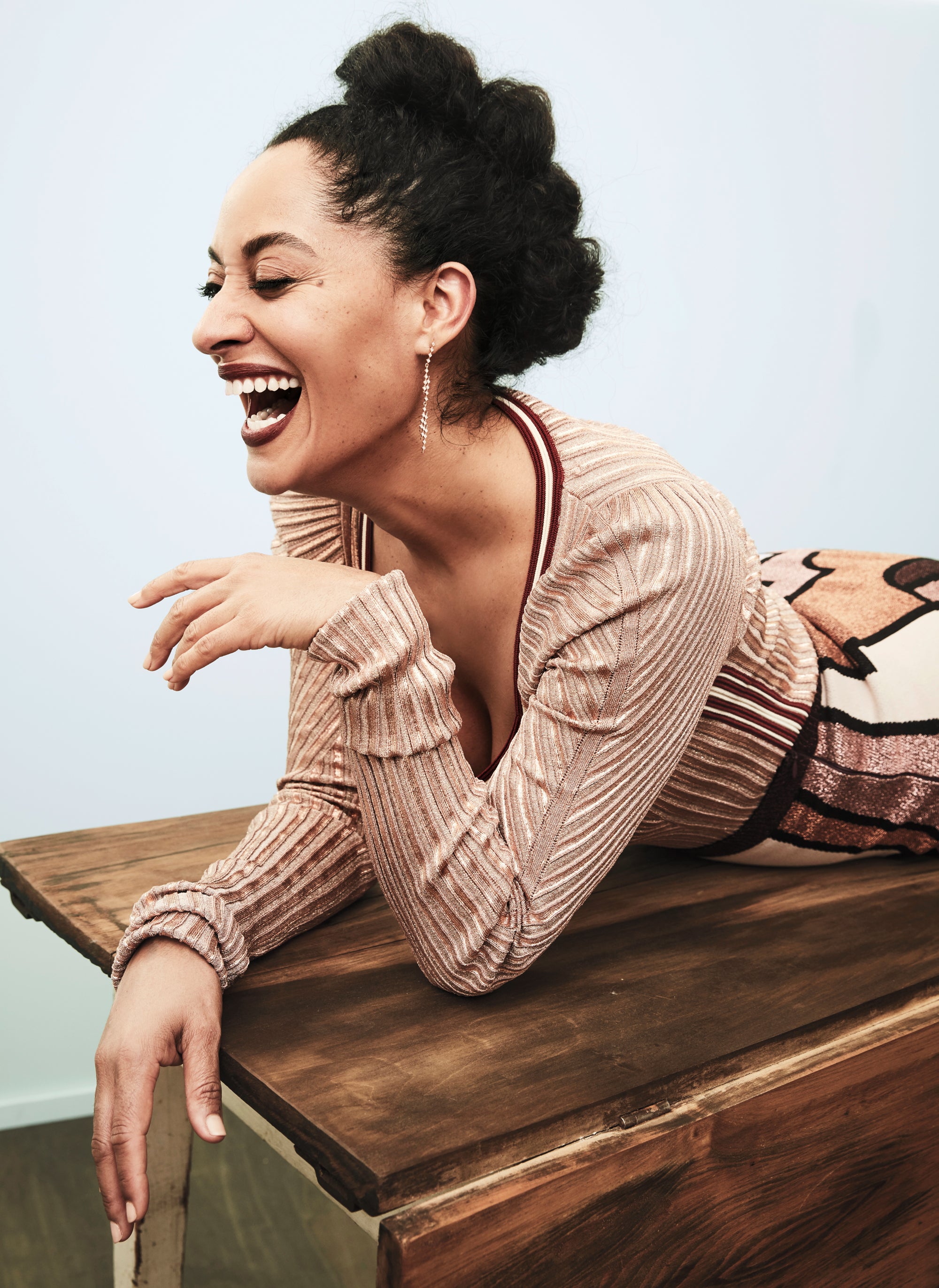 One surefire remedy for easing any pre-award show jitters is Ross’ playlist, which currently features a few AMA nominees and was curated with a little help a few familiar faces such as Drake, Post Malone and Cardi B. “I’m also obsessed with those two Childish Gambino songs, ‘Magic Summer’ and ‘This Is America.’ Something I did this year that I’m very proud of, once we started back to work on Black-ish, I asked all four of my TV kids to make me a playlist of their favorite music because they always laugh at me for not knowing things.” Somewhere in between putting together no-skip playlists for their leading lady, the Black-ish gang has been hard at work preparing for the show’s highly-anticipated season five return next week. According to Ross, a highlight of the season is sure to be it’s third episode, where the cast will pay homage to a very special entertainment legend. “I think the biggest thing that we can talk about—which is so exciting and such a huge milestone—is that we celebrate our 100th episode towards the beginning of the season on our third episode,” she says. “It’s such a milestone for us. The fact that we’ve gone five seasons is crazy, and the fact that this is my second time in my career doing 100 episodes on a television show is just unheard of to me. I feel very humbled by that. But, for our 100th episode, we are paying tribute to Prince, which I am thrilled about. We all get to dress up as Prince and we have access to a lot of his library and it’s gonna be really exciting.”

This year has undoubtedly been yet another phenomenal year for Black women in Hollywood. Although Ross is certainly among those finally receiving a well-deserved influx of support and recognition for her years of hard work, she doesn’t shy away from the fact that until celebrating the achievements and dominant presence of Black women in all spaces becomes natural for everyone, we’ve still got a long way to go. “I always think there’s more work to do because we’re still having the conversation,” she says. “I long to get to a place where we are not even having to address it in this way and yet, here we are. But it does feel exciting from the inside. The amount of talent between Issa and Yvonne and Tiffany and Lena and Tessa; Ava DuVernay and all of these extraordinary projects that she’s been heralding and shepherding. It’s just everywhere you look and there’s just so much happening; so much wealth of creativity. More than that, the thing that’s most exciting to me is to see the diversity of stories within our own storytelling. It really shows the progress that is happening.”

Of course, the failure of mainstream to recognize the extraordinary strides Black women have been making across multiple industries for decades has never made our light shine any less. Like many of us, Ross is eager to see that light better reflected not just in Hollywood, but in positions of political leadership. “I said this when I was nominated the first year for the Emmy’s; it was such a historic moment,” Ross adds. “But it really left me pondering like, what do you mean it’s been 32 years since a Black woman has been nominated in the category of lead actress in a comedy series? That’s disturbing to me. Especially because if you look around, Black women are the leads in our lives everywhere.” “So, it might be some revolutionary thing on television that comes every 10 years or every whatever, but it is the reality of our lives and it is the reality of this country,” she continues. “Even if you just look at the elections and the impact that Black women have; we show up and we continue to show up. And we do talk about the collective power that we have as Black women but, that collective power needs to move into the candidates—and not just the candidates—but to the people in office. There are so many of us and the same way television needs to reflect the reality that is out there in the world, so does our government.” As for her take on how we can continue to see more Black women at the forefront, Ross says just stay the course and continue to shine bright. “From an experiential standpoint, I think it’s a combination of us waking up to our collective power and just saying enough is enough but, in all honesty, we’ve been doing that,” she says. “One of the things I like to say is that Black-ish has moved me into a different place in the sun, but I’ve been in the sun. Black-ish has done something different and it made different people aware of who I am, which I’m extremely grateful for, but Girlfriends was an extraordinary display of who we are and what we do. So, whether mainstream media caught wind of it or not, doesn’t make a difference, because I’ve been in the light.” — Catch Ross hosting the 46th Annual American Music Awards tonight at 8 p.m. ET on ABC.
TOPICS:  Tracee Ellis Ross