By Sydney Scott · Updated December 6, 2020
Travis Scott has finally confirmed that he will be joining Maroon 5 and Big Boi during the Super Bowl LIII halftime show. In a statement to Billboard, Scott confirmed that he would perform after requesting that the NFL make a charitable donation to social justice organization, Dream Corps. “I back anyone who takes a stand for what they believe in,” Scott said. “I know being an artist that it’s in my power to inspire. So before confirming the Super Bowl Halftime performance, I made sure to partner with the NFL on this important donation. I am proud to support Dream Corps and the work they do that will hopefully inspire and promote change.” Dream Corps, founded by Van Jones in 2014, is a social justice accelerator that backs various initiatives that support criminal, economic, and environmental justice. In partnership with the NFL, Scott donated $500,000 and plans to work with additional initiatives. 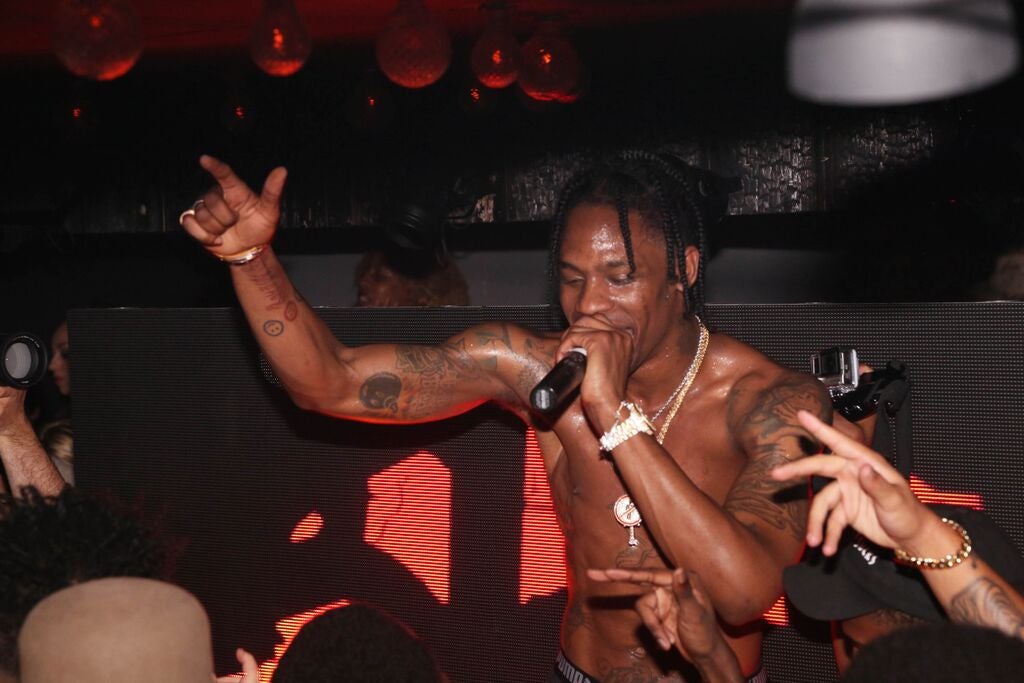 It was previously reported that Scott’s mentor, Jay-Z, was attempting to talk Scott into declining the NFL’s offer to perform. Many are still protesting the football organization following its treatment of former San Francisco 49er Colin Kaepernick. The former NFL player has not been signed to an NFL team since he began kneeling during the national anthem before football games to protest against police brutality. Super Bowl LIII will take place Sunday, February 3 at the Mercedes-Benz Stadium in Atlanta.
TOPICS:  big boi Super Bowl Travis Scott