By Joi-Marie McKenzie · Updated December 6, 2020
Maroon 5 has finally found another artist who will perform during the Super Bowl’s halftime show. And it’s apparently rapper Travis Scott. Variety reports that the “SICKO MODE” rapper will join the band along with three other undisclosed guests in Atlanta on February 3, 2019. So far, Scott’s camp has been mum about the addition. But sources told Variety that there’s one rapper who isn’t happy about Scott performing for the NFL, who’s been under fire ever since Colin Kaepernick was dropped from his former team, the San Francisco 49ers, for protesting against police brutality. 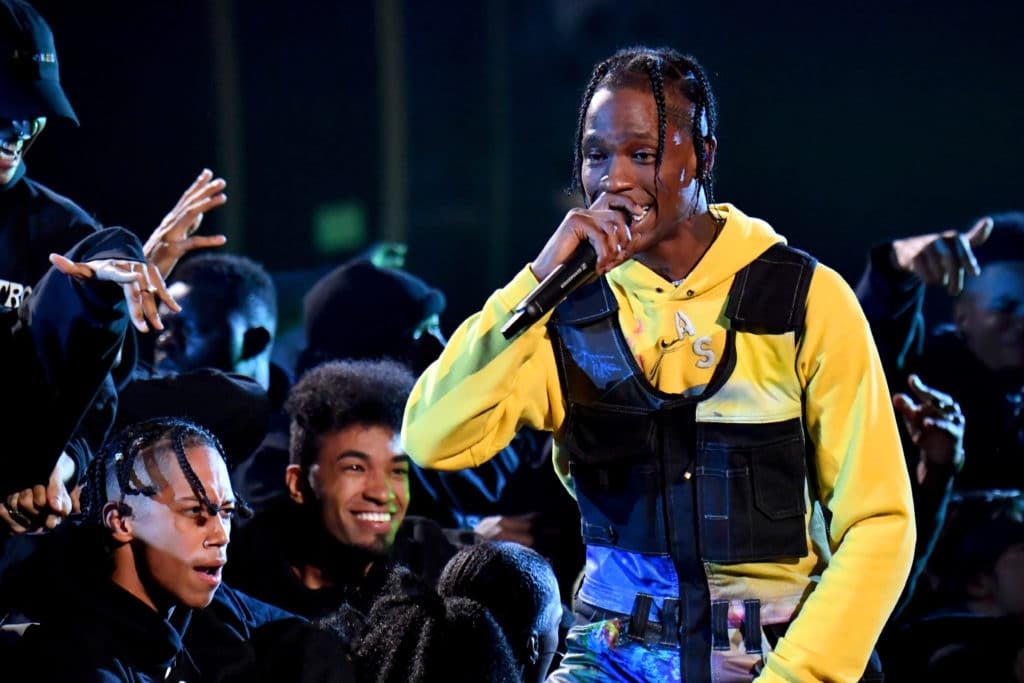 Afterward, NFL owners issued a mandate to players, saying that they could not follow Kaepernick’s lead and kneel in protest during the national anthem. A new policy, approved back in May, forbids players from sitting or taking a knee if they’re on the field. Jay-Z, according to sources, is trying to talk Scott out of performing during the halftime show. Only time will tell!
TOPICS:  Travis Scott