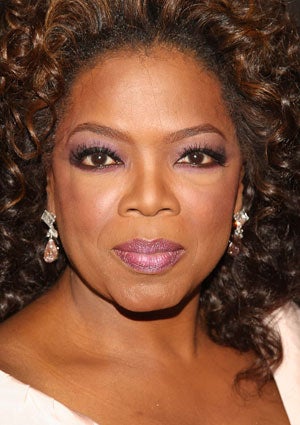 This November Oprah announced that sadly after her 25 year run on television, her last show will air September 11, 2011. As she slowly waves goodbye and we end 2009, you can’t help but wonder who would be the most suitable person to take the throne as the “Queen of Talk.” If we’re to assume another strong black woman will fill Oprah’s large shoes, count Tyra Banks out.  Just last week Tyra, the model/producer/talk show host announced she has taken herself out the running with the end of her show in 2010. This now leaves a tell-it-like-it-is comedian and a fearless radio disc jockey as strong candidates for the soon to be vacant spot.

In the first corner, we have the former radio DJ Wendy Williams, standing at 6 ft tall, she’s a force to be reckoned with.  Not just intimidating because of her size, Wendy is known for holding no punches. Whether its wiping her teeth on camera, pulling out notes from underneath her wig, or saying her signature catch phrase “How you doing,” Williams is a self-proclaimed mess. But much like a train wreck, you can’t stop yourself from viewing.

In the other corner stands the original Queen of Comedy Mo’Nique.  Airing late night Mo’nique says it loud…real loud.  Hard on the ears but not on the eyes, Mo’nique has a sincerity as a host that makes her easy to relate to. Although not as experienced as her counterpart, once your television volume is lowered, The Mo’nique Show becomes an entertaining watch.

Both talk show princesses have their weaknesses and their strengths, but who the best chance of filling the Oprah void?

Round 1: Poise
Oprah knows how to be a lady on camera and off, carrying herself with strength and grace. On camera, Wendy is a tad tacky and Monique a bit boisterous, making it a hard call on who takes this round.  Both know how to offer up a moment of tact, so we’ll call it a tie.

Round 2: Style
A red bottom Louboutin and perfectly coiffed tresses is how Oprah gets it in. Monique looks great and makes curvy women proud, but once you get past Wendy’s size 12 shoes, to the trained fashion eye who knows the trends – Mrs. Williams is bringing it.

Round 3: Realness
Millions of women tune in to the Big O, because she is great at making you feel like she’s your ridiculously rich and famous best friend.  Wendy’s Hollywood kookiness keeps us from making her our bff, but Mo’nique knows how to build sincere conversation, and mixed with her humor she effortlessly becomes our homegirl.

Round 4: Drama
Every one has shed a tear or two in the last 24 years watching Oprah and her guests. Her ability to tug on our her audience’s heart has helped the lives of many in need with stories that need to be heard.  Both shows new this year Wendy and Monique shows haven’t had nearly enough tears fall on the couches, and focus more on celebrities than the heart wrenching real life stories.  We call it a draw.

Round 5: Fearlessness
When you go on the Oprah show, you know you have arrived. You also know Oprah will and has no fear in asking whatever she likes, because she can.  When it comes to showing no fears in an interview you can’t tap, and Monique keeps it on the up and up. But Wendy?  She asks the questions that she knows her audience wants answers to.

Round 6: Variety
Oprah doesn’t discriminate with her show topics or guests.  Jay-Z, Jennifer Aninston, or genetics–Oprah covers it all.  Airing only on BET Mo’nique guests and topics are far more limiting than Williams on FOX.  With more freedom outside of black Hollwyood, Williams sweeps yet another win.

After tallying up the scores, the new Queen of Talk crowned will be….face it, no one will ever be the Big O, but good luck to both of ’em.