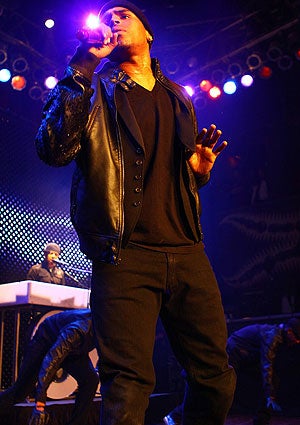 Do my ladies run this? Apparently not, and unfortunately it might not be anytime soon. Hip-hop music, both R&B and rap, are missing a noticeable amount of estrogen in the genre. The lack of female artists putting out music today, could be cynically compared to the endangered jaguar. The presence of our musically gifted and lyrically talented womenfolk in the game, slowly but steadily continues to be threatened, with many of us wishing for a resurgence.

In the last five years, if not longer, the question, ‘Where My Girls At?’ hits hard and is often asked but not adequately answered. Some insight can be found looking at the December 2009 album releases: R. Kelly, Snoop,Timbaland, Chris Brown, Clispe, Gucci Mane, and Juvenile, dropped without one woman representing in the mix. According to initial release dates, sadly the last quarter of 2009 will spew out an estimated total of 23 albums from the fellas, and mere eight albums from the ladies. Unbalanced? Yes, but of course. Unfair? Well, not exactly.

For a while now we would like to blame the absence of females on a male dominated industry that would rather see women in the background rather than the forefront. Imagining an unspoken all boys club for setting up a sign that reads, ‘No girls allowed.’ Seriously, let’s stop it. Did we forget that this is 2009? In a year that a black man can become President, and a homely Scottish singer named Susan can score the year’s biggest album sales with No.1 album in 15 countries worldwide, we must drop the excuses. Frankly, the females who used to amaze us with their artistry may need to get on the good foot, and realize with more drive and less distraction, it is possible to come up or make a comeback.

No longer is the music industry a hostile environment with limited spaces for black women to shine in pop culture across the board. The only things that still limits us is ourselves, and occasionally the lack of support from other women. If we want the playing field to be equal moving forward we can’t play the game the same. Ask Lil Kim, Da Brat, Remy Ma, or Foxy Brown who got caught up behind bars rather than killing it behind the mic. Or how about Eve, Queen Latifah, or MC Lyte who decided to be actors who rap, rather than rappers who act. Then there is Brandy, Monica, and Erykah Badu who made the personal choice to go on a hiatus when they entered motherhood. Groups like Destiny’s Child, Xscape, Salt-n-Pepa are all all dismembered making it hard fom the individuals separately to make it out the gate. Janet, Ashanti, and recently Keyshia Cole like to boo up and then bow out for a while. Toni Braxton, Deborah Cox, Lauryn Hill, Ciara, Tamia, Missy Elliott, all figure out a way in spite of their celebrity to disappear for significant amounts of time. And for the few women keeping us in the game like Mariah, Beyonce, Alicia, and Mary, we must support, so they can be example to those like Melanie Fiona and Jazmin Sullivan who are steady climbing.

So as shelves get stocked and downloads are completed with albums from the brothers, we shouldn’t let it mean more than it has to. The men are holding it down…right now, but that doesn’t have to mean forever. Instead of asking where are all the women in hip hop, let’s take notes on the men’s secrets to longevity. Women are just as strong and resilient, and when accountability is taken for the musical state we are in, then a change can occur. When asked ‘Do my ladies run this,’ we are all still yearning for the day we can say, ‘Hell Yeah” once again.