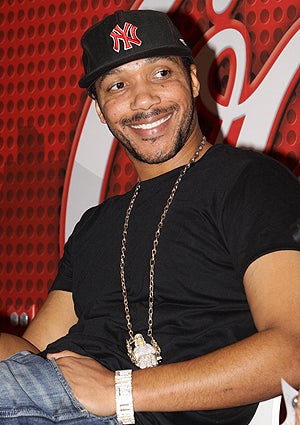 Just when we thought we heard enough about the hardships of being a single Black woman, Lyfe Jennings continues the conversation on his newest single, “Statistics.” The track, off his upcoming album “I Still Believe” which is slated to drop later this summer, unabashedly discusses — statistically — how hard it is for Black women to find a good Black man. Known for delivering raw and honest messages in his songs, Jennings says this time around the message was actually inspired by comedian/author/radio host Steve Harvey. “‘Act Like a Lady, Think Like A Man’ was such a powerful book,” Lyfe explains, “I said to myself let me double up on his message, and do a song that would complement it.” In the song, Jennings sings how statistically — after factoring out men who are unfaithful, unstable, liars, gay, etc. — that women are left with just 10% of Black men to fall in love with. Jennings continues to say that just because it’s slim pickings, doesn’t mean you have to lower your standards. In the chorus he offers four rules for women to abide by, in order to patiently snag a man. The cool, calm, and collected Lyfe Jennings sits with ESSENCE.com to explain the rules, the percentages, and how he responds to the hate. ESSENCE.com: Where did you get these statistics, are they actual facts? LYFE JENNINGS: I asked a lot of females a lot of different questions, and out of the women I sampled, these are the percentages I came back with. When I say 10% is worth having, that is relative to your own personal likes and dislikes. ESSENCE.com: You have four rules. 1. Don’t be a booty call; 2. Don’t get with a man in a relationship; 3. Maintain celibacy; 4. Don’t be a nickel out here looking for a dime. Explain the fourth rule. JENNINGS: That was a personal statement, because I’m single and kept attracting all the same type of women. I realized I was attracting what I was. If I’m always out at the club, or the strip club, those were the people I was going to attract. When you get yourself together, the right person will come. You want a man with good conversation, be sure to have good conversation… ESSENCE.com:  Are you only speaking to women? JENNINGS: No, but I think men and women learn different, and there is so many negative messages in music for females. I think it warranted me to be the one dude that gives it to them real while glorifying the woman. ESSENCE.com: In the song you say, “I’ll teach you how to expose the other 90% and how to keep the other 10.” Do you think men hate you for that? JENNINGS: If they are mad about it then they must not be a part of the 10%. An overwhelming majority love the song, and at the end of the day this is a song that you would want your little girl to hear… ESSENCE.com: But, be honest, do you think you were a tad bit rough on the guys in this song, considering women have their faults as well? JENNINGS: No…(laughs) we will have a remix. A remake to the song to talk about the females too…(laughs) ESSENCE.com: You tell women in the song not to settle and be patient, what do you say to women who say I have been patient long enough? JENNINGS: Patience isn’t a destination, it’s a journey. I don’t just mean be patient waiting for that man to come, but be patient with yourself too. Get your self in order. School is going to be hard, establishing a relationship with God is going to be hard, but be patient with things like that. That internal patience will lead to external patience. ESSENCE.com: Were you worried about a song like “Statistics” getting airplay? JENNINGS: I had a conversation with Kirk Franklin. Kirk Franklin said, ‘They’re going to play it on the radio, you have a purpose here. When you want something, you can’t worry about what the outcome is going to be. When it’s from your heart, blessings are going to come.’ ESSENCE.com: Good advice. Speaking of advice were there any rules you left out in the song? JENNINGS: There’s probably a billion others!  However if I had to add one more that I felt it was hard to put it the song, it would be: It’s not people that hurt people, it’s people’s expectations that hurt people. Expect people to be people.