By Britni Danielle · Updated December 6, 2020
Two of our favorite funny women cover Variety’s “Power of Women” issue, and given the year they’ve had, they certainly deserve it. Lena Waithe and Tiffany Haddish — both Emmy winners — talked to the entertainment mag about how being honored by the Television Academy affected their careers. While both women have been grinding for years, Hollywood gatekeepers seem to finally be catching on to their immense talent. Waithe’s comedic writing chops were on full display in the 2011 viral video “Sh*t Black Girls Say.” Seven years later, Waithe became the first Black woman to win an Emmy Award for comedy writing. The honor not only etched Waithe’s name in the history books, but the Chicago native said it also gave her a lot of freedom. “I started to get a lot of freedom post-Emmy, and it’s something I don’t take for granted,” Waithe told Variety. Since the win, Waithe’s Showtime series, The Chi, has been renewed for a second season, she’s working on a adaption of Boomerang for BET, and her film, Queen and Slim, is currently rounding out its cast. To say she’s on a roll would be an understatement, and Waithe is not going to blow it. “I’ve been very mindful of that privilege, and making sure that I’m doing the best writing I can be doing so that privilege isn’t taken away,” she explained. “I think once next year comes, people will get a better sense of who I am, not just as an artist, as a writer, but who I am as a human, and the kind of work I’m going to put out into the world.” 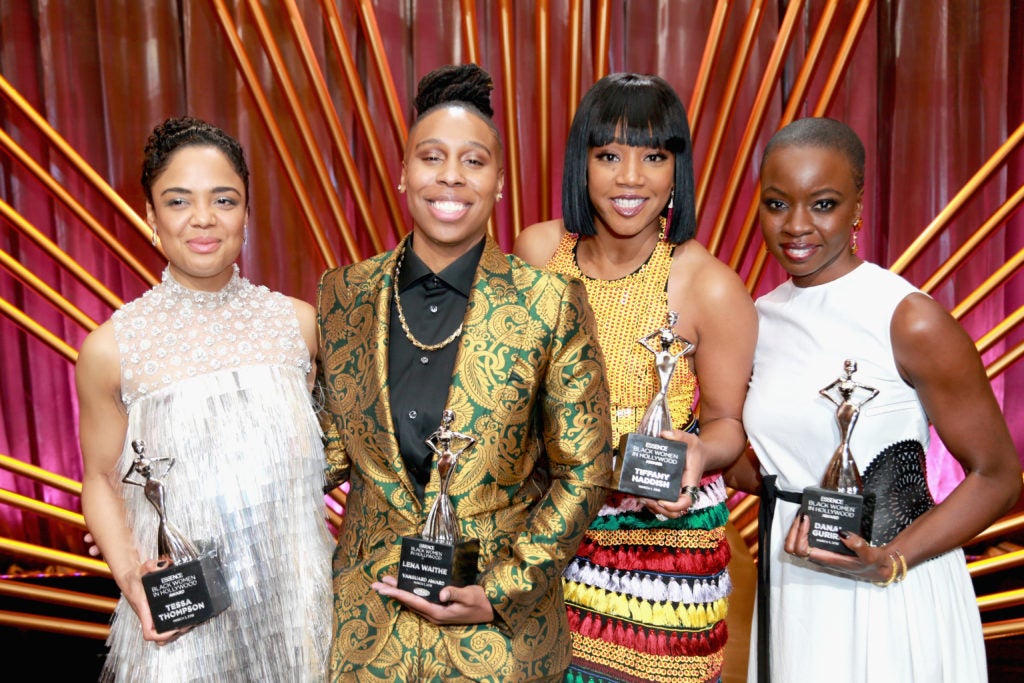 Like Waithe, Haddish’s career has exploded in the past two years, thanks to her scene-stealing role in Girls Trip. Since then, Haddish has starred in TBS’ The Last O.G., scored a Netflix deal, and booked several films, including the recent hit comedy Night School. This year, Haddish took home an Emmy for hosting Saturday Night Live, but the Los Angeles native says the win hasn’t changed her life very much because she “didn’t get a check with it.” While she’s happy to be honored by her peers, Haddish’s main goal is to provide for her family. “I care about being able to take care of my grandma, my mama, my niece, my sister, and brother, and if I ever have children, take care of them, create some generational wealth,” she explained. “The only way to do that is to have some money so you can buy some land. I need checks!” With several projects on the horizon, Haddish will be cashing plenty of checks for the foreseeable future.
TOPICS:  Lena Waithe Tiffany Haddish